A couple of years ago I wrote a general introduction to Bordeaux, it isn't the most interesting blog I've written for The Chopping Block, but it is one I remember the most. Bordeaux wines excite me. Every time I walk into a wine shop, I look at their Bordeaux selection. It's what I cut my teeth on when I was trying to learn about wine and what I encourage anyone getting into wine to start tasting, because if you can understand Bordeaux, you'll begin to understand wine as a whole.

However, I've never really been that impressed with the Bordeaux wines we've sold here at The Chopping Block. It isn't that they were bad, and I would even say they were good representations of the region, but what I really wanted was a Bordeaux people could be excited about. Something you could enjoy now, but could also be stashed in a cellar and age for a few years. To find that, I we looked beyond the basic AOC (appellation d'origine contrôlée) and into the subregions. 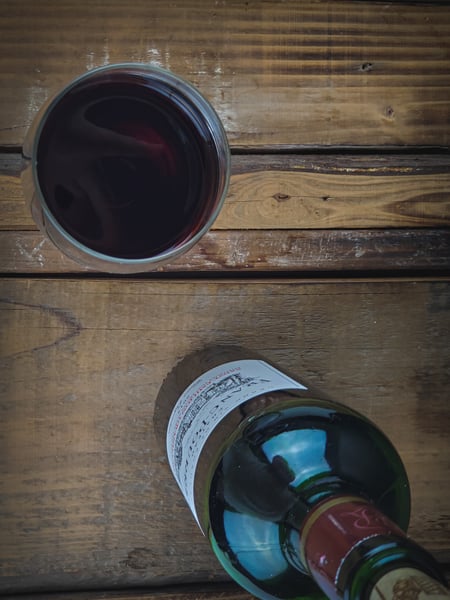 Bordeaux, like most wine regions, is comprised of a large area that has within it many smaller subregions. Anything grown within the large area can be labeled as a Bordeaux as long as it meets the requirements. For example, the wines can only be made from certain grapes, so if a producer suddenly decided to start growing Pinot Noir, they wouldn't be allowed to call their wine a Bordeaux, because even though those grapes were grown within the region, the wine produced would not be representative of what the region has built its reputation on.

For a wine to be labeled as one of the subregions, in this case Saint-Émilion, it must adhere to an even more strict set of guidelines. From the outside these rules can seem arbitrary, such as how far the rows of vines are planted from one another or the maximum number of grapes that can be taken from each vine, but the intent is to replicate what has been shown to produce superior wine in the region. 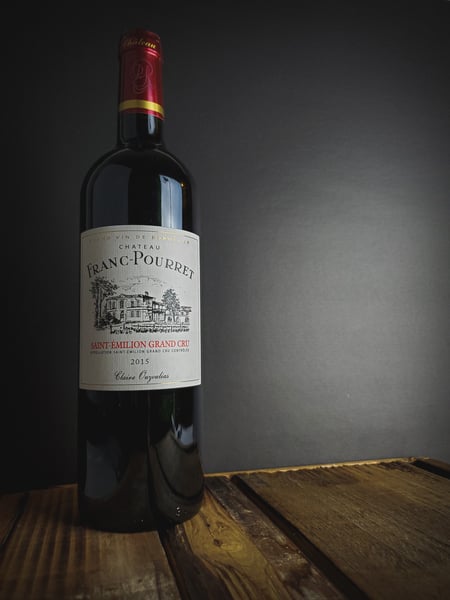 The region itself is located on the right bank of the Dordogne. Like most of Bordeaux's right bank, Merlot dominates this area and is often blended with Cabernet Franc. Soils here are quite diverse, in some areas dominated by gravel and limestone, others are more clay and limestone, and still others are sandy. Each soil type retains water differently, therefore producing different expressions of the region's terroir.

After tasting through several wines, we finally found one I've very excited to have on the shelves: Chateau Franc-Pourret Saint-Émilion Grand Cru. So, according to the region's classification system, this is only a couple of steps beyond your standard Bordeaux AOC wine. On the shelf, that translates into about a $20 difference in bottle price. In general, I would say you cannot taste the price tag when it comes to wine. In Bordeaux, however, there is an undeniable correlation between price and quality. Every bottle of wine you buy has the risk of being disappointing, but in this case that risk feels less severe. 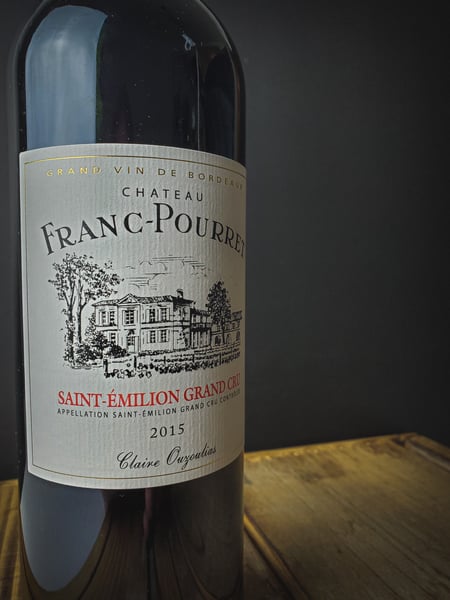 For me, this wine is everything I want in a Bordeaux. If you want to drink it now, it displays a great balance of dark fruit, leather, tobacco, and spices, like clove and nutmeg. At the same time, is possesses a good acidity and smooth, bold, tannin that lead me to believe it would improve after sitting in the cellar for a few years. You can find it on our shelves for $45. If you're coming in for one of our Steakhouse DIY classes, this would be a great pairing.