Terroir: What is Going into your Wine?

Imagine a grape. Seriously. Do it. We all know what a grape looks like, just picture one hanging on the vine.

Now, tell me about it.

Is the skin dark or light? How ripe is it? Is the vine row on a flat surface or an incline? What kind of soil is the root stock planted in? Is it growing in a warm or cold region? How much sunlight is it receiving? What's the average humidity? Is it getting most of its water from irrigation or rainfall? Is it getting a lot of water or is it being stressed? How close is it planted to the other vine rows? Is the vineyard growing other plants nearby? Is it being treated with industrial pesticides or farmed biodynamically? 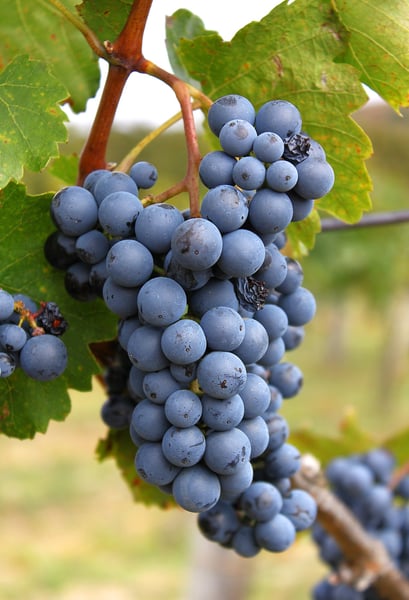 You get the point: a grape isn't just a grape; it's one component of a much larger ecosystem. Also, there's not just one, but thousands of individual grapes in every vineyard and each one is influenced differently by the above factors and more. Two grapes hanging next to each other on the same vine will have slight differences in the amount of acidity or sugar they produce, but consider how different they could be coming from opposite sides of the vineyard.

All of this, and more, is what wine enthusiasts mean when they talk about terroir.

Terroir can be broadly defined as, “the environmental factors that influence a crop's development,” the culmination of which is expressed through the food those crops create. It's why you might find you prefer Arabica coffee from Columbia more than Brazil, why some people insist on only buying San Marzano tomatoes imported from Italy, or why two Burgundy vineyards less than a mile apart can sell wine at a price difference of $9,000 per bottle.

In many cases these differences are subtle, but, when the right grape is grown within the right terroir, the results can be enchanting. This is why people look for Malbec from Argentina, Sauvignon Blanc from New Zealand, Gewürztraminer from Alsace, and so on.

It's also why wine enthusiasts reject commercial wine produced from bulk grapes, sometimes referred to as “McWine.” The idea is, wine produced from grapes grown in drastically different areas loses that romantic notion of “somewhere” and instead can only express “nowhere.”

So, here's a fun experiment. Gather some friends and choose a single grape variety wine. Now, go to the store and have everyone buy one bottle, but make sure each is from a different place. Taste them together and note the difference. Some of it will be accounted for by the styles of wine making, but the rest is terroir. Think about the questions I asked at the beginning, can you find the answers by the taste alone?

The Human Influence on Terroir

I had the chance to take a class withThe Chopping Block's Sommelier Christophe Bakunas earlier this month and in between tastings he commented on the human influence on terroir. I always divided terroir and wine making in my mind as two distinct forces, one natural and one human. However, as Christophe said, “If the same family has been working the land for 400 years, can you really say they aren't a part of that land? Part of that terroir?” I touched on this a little at the beginning, with questions about pesticides and crop rotation, but after thinking about it, I realized there is something more there. 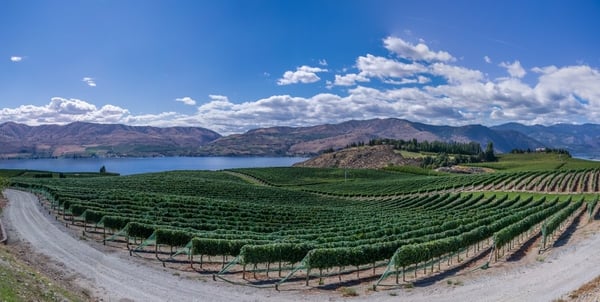 I don't think this conversation is possible without considering the dark side of global agriculture, slavery. While it may not be frequently discussed, there is no doubt this archaic practice can influence the final product. In Tom Heinemann's 2016 documentary, Bitter Grapes, he interviews a group of South African workers that, without access to a working toilet, retreat to the vineyards to address their biological needs. I found this quite distressing, because I genuinely enjoy South African wine and if you were to look at my Vivino account you would see I favorably reviewed a Pinotage from that very vineyard just two months ago.

In June, I made the comment that we only have control over what comes out of the bottle, not what goes in, but I don't really think that's true now. We also have control over the terroir, as consumers; it's our choice whether we ignorantly indulge ourselves on fruits of another human's suffering or refuse to reward their oppressors with our money. Please, be responsible, not only in your consumption, but in what you choose to consume.

If you want to learn more about terroir, why not take one of our wine classes? Christophe's War and Wine class coming up at the Merchandise Mart on September 14 will focus on World War II when the Germans took control of France and began to systematically plunder the cellars of France's most revered wine regions: Champagne, Burgundy and Bordeaux. Part history class, part wine tasting, we will unfold the story of French resistance as the German wine Weinführers attempted to pillage the cellars of hundreds of wineries.