Pokémon GO for the Wine Enthusiast

What do Pokémon GO and wine have in common? Well, if you're like me, they're both subjects you know little about.

For those who share my ignorance, Pokémon GO is a mobile game that took the country by storm this summer, encouraging its users to go outside and physically hunt for virtual creatures. The response to the game was explosive, it seemed that everywhere I went people were playing, even at The Chopping Block. Feeling a bit on the outside, I decided to download it and give it a try. The results were comical for my friends. After a few days the game evolved into me checking to make sure there were no strange creatures lurking in the shadows of my apartment and then going about my day. I think the problem was, no matter how many Pokémon I caught, they all seemed the same to me; I didn't get what made one creature better than the other and what little success I had was met with indifference.

At the same time, I was impressed with the technology. I wondered if there were similar programs focused on a more relatable subject. That's when I discovered wine apps. For purely academic purposes, I downloaded the three most popular wine apps that utilize label scanning from the Google Play Store (they are also available for Apple devices) and used them for a month. The three apps in question are Vivino, Delectable, and Hello Vino. Here are my thoughts: 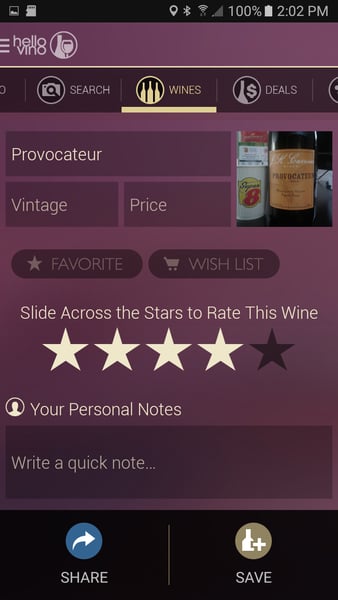 This was the most frustrating of the three apps and the first I quit using. As the user, I was required to provide a majority of the information. It felt like Hello Vino just takes pictures of the labels, not scan them. If I was drinking wine at home this wasn't a problem, but when I was out with friends I had no desire to sit on my phone entering vintage, grape varietal, price, notes, etc. More than the other two, however, Hello Vino did seem as though it was trying to be a wine guide, but at no time did I feel using it enhanced my wine drinking experience. 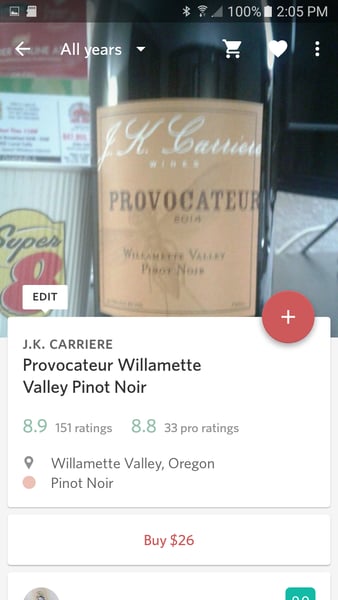 The second app seemed a promising find, being the editor's choice in the Google Play store. The content is more social media oriented and, I think, I would have got more out of it if I had friends who were using the app. It has features that allow content to be shared on other social media platforms and the ability to tag users. My biggest problem with Delectable is doesn't really provide me with much other than other people's opinions. So, whereas Hello Vino felt like it was trying to be a wine guide, Delectable felt like it was trying to be Facebook for wine lovers. Having Facebook and friends who like wine, I don't see what would motivate a person to download this. 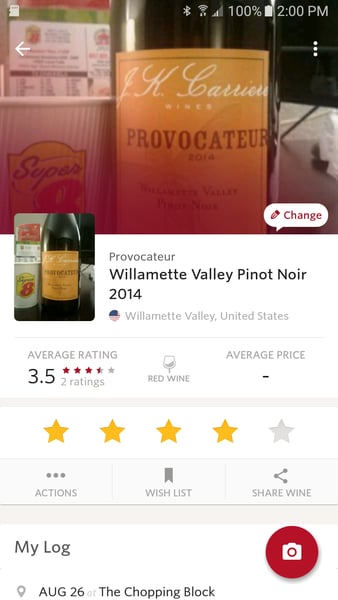 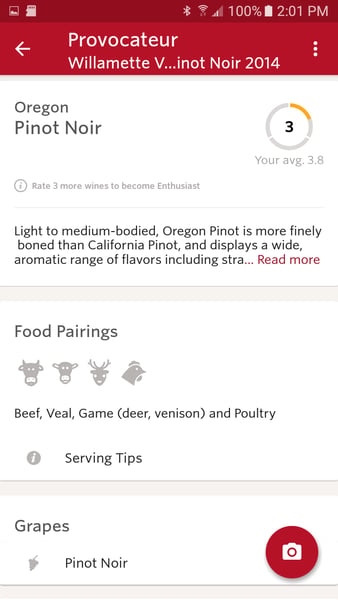 To start with, it has over five million downloads compared to the other two that were just over the one hundred thousand mark. Why does that matter? More users = more content. When you scan a wine with Vivino you'll get reviews, food pairings, explanations of the regional style, grape varietals, price comparisons, and more wine tips. Even in the one instance I scanned a wine not in the system, entering information was quick and easy. In your profile, the app keeps track of styles you've tried, those you prefer, and lets you explore those you haven't tried. There are tons of stats and even a ranking system, for those of you who are competitive. I stopped using the other two after my first month because I didn't feel they enhanced my enjoyment of wine, but Vivino did.

So now, those, like me, who felt left out by the popularity of Pokémon GO have their own game to play. We can roam the streets in small gangs, searching for odd regional styles or obscure grape varietals in corner wine shops, then meet up and train our skills by sampling wines together. Finally, we can compete by challenging one another to pair our favorite wines with food. “You're going to pair the filet with THAT cab? Challenge accepted, sir or madam!” All the while, we'll be enhancing our enjoyment of wine, would could be more fun than that?

For more help in pairing wine with food, download The Chopping Block's free Wine and Food Pairing Guide. It will help you through the holiday season!