Chilly Outside? Then Make Chili Inside

Despite the fact that the weather has not actually cooled off very much yet, Autumn is here and so is the typical fare of that season. Thick, creamy soups, meaty, luxurious stews, and savory, tender braises are always delicious, but I especially appreciate them during this time of year. One of my favorite cold-weather (and frankly, all-around) dishes is chili. 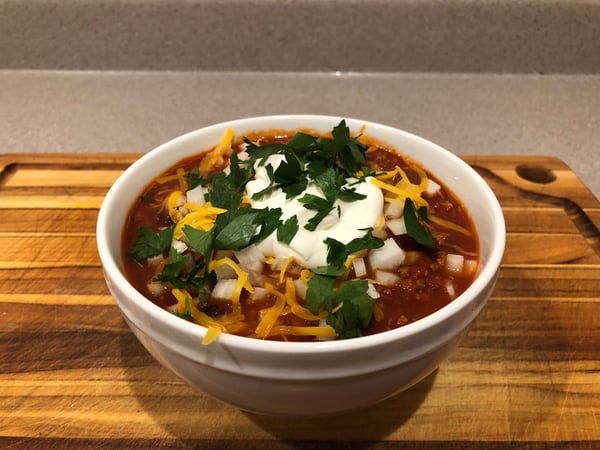 Chili is a dish that evokes a lot of passion in those that truly love it. I love chili in all its iterations and regional variations. According to the International Chili Society (yes, that is an actual organization) chili was created by cattle drivers in the Southwest. They state while it is difficult to substantiate these claims, there is obvious evidence of what they called “chili queens” who set up chili stands in San Antonio, Texas in the 1880’s (Sho Spaeth, Serious Eats 2/3/17). There is no single dish in American culture that is as hotly debated as chili.

Chili is the prototypical American dish by all standards. It’s hearty, its origins are steeped in immigrant culture, it varies greatly from region to region, and Americans are obsessed with it. (Just ask someone from Texas how they feel about putting beans in chili!) So let’s talk a little bit about the regional diversities that exist in America when it comes to chili.

Chili is a dish, not unlike BBQ, that is an American classic and quite a topic of debate depending on where you are in the country. If you are in Texas, chili is a dish of chunks of beef, slow-simmered in a red sauce that is spiced with cumin and chiles with not a bean anywhere to be seen. In Springfield, Illinois a version popularized by a man named Joe DeFrates is king. It is also spelled with two l’s. In DeFrates' version the sauce is tomato based and is spiked with Tabasco. The reputation is a huge point of pride among natives of Illinois as according to the ICS, DeFrates is the only person ever to win both the National and World Chilli Championships.

Cincinnati-style chili has its origins in Greek immigrants from New York bringing their Mediterranean spiced chili to the American palate. This version of chili relies on spices like allspice and cinnamon to stand out from the pack. The most glaring difference in Cincinnati-style chili are what the locals refer to as the “ways.” The “ways” range from 1-5. 1 is just chili, 2 means chili served on a plate of spaghetti, 3 adds cheese, 4 adds beans or onions, and 5 way chili adds both beans and onions.

In New Mexico, chili verde is the chili of choice. The meat is pork, tomatillos take the place of tomato products, and purists will tell you that chili verde must be made with the beloved Hatch chili. I could use this whole post to strictly talk about the regional versions of chili, but I’m running out of room and there’s a pretty good recipe I still want to include!

So let’s talk about my version of chili. By no means am I saying that this is the best version of chili, this is simply the recipe for chili I have developed over the last 10 or so years of trial and error. My style of chili is sort of a hybrid of styles. Ground chuck is my meat of choice due to its balanced marbling and well rounded flavor.

I also use a lot of fresh peppers as well as a couple of dried chiles. Among the fresh peppers are roasted poblanos (watch The Chopping Block's video for an excellent guide on how to roast a pepper).

I also generally opt to use canned beans as a time saver. Dried beans are an excellent ingredient if you have the time to handle them properly. Again, we have a great video on how to cook dried beans.

The dried chiles get steeped in hot water and blended and serve as part of the base of this chili. The most important ingredient in my chili is the beer! Both for the dish and the cook, the beer helps to deglaze the pan and it also keeps the cook happy during the cooking process.

I urge you to try this recipe the next time you want a hearty dish to warm you up on a cold night. If you’re interested in more cold weather dishes be sure to check out The Art of Braising Boot Camp on Friday January 4, 2020 at The Merchandise Mart. 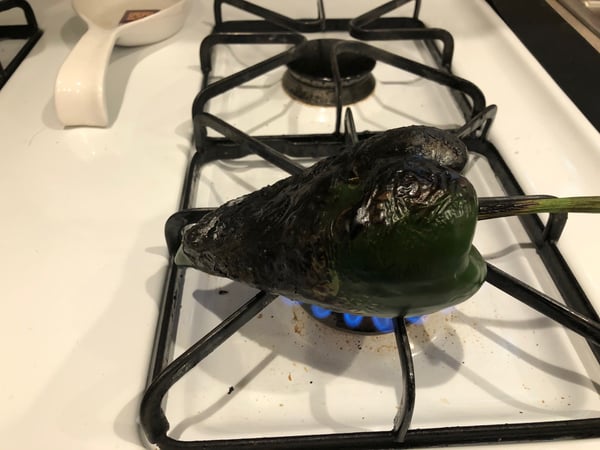 1 28 oz. can kidney beans, drained but not rinsed

1 28 oz. can black beans, drained but not rinsed 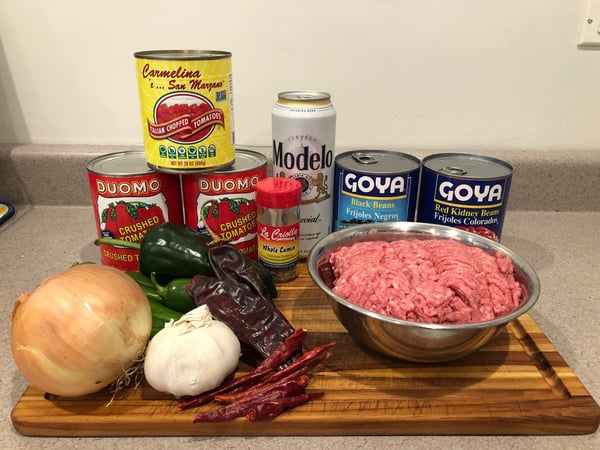 1. Heat a large pot over high heat and add the canola oil.

2. Working in batches, brown the ground chuck with a pinch of salt and a few grinds of black pepper until well-colored and getting crispy, about 5 minutes per batch. Remove to a strainer set inside a bowl. Set aside.

3. Lower the heat to medium and add 1 Tablespoon of the reserved beef fat in the bowl and sweat the onion, jalapeño, serranos, Anaheim, and poblano until softened, about 15-20 minutes. 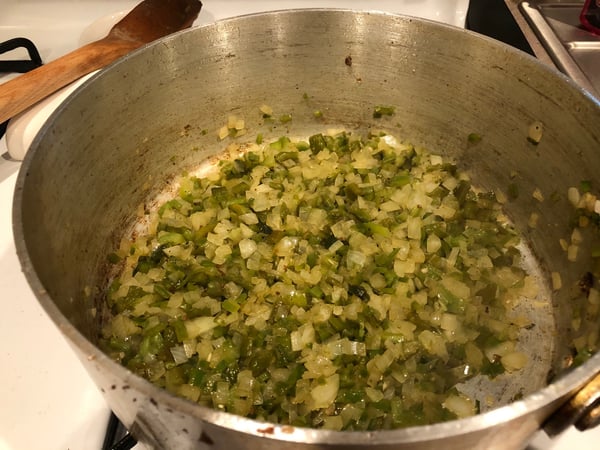 5. Deglaze the pan with the beer (save a few sips for the cook!) and using a wooden spoon, scrape any browned bits from the bottom of the pan. Reduce the beer until the pan is almost dry. 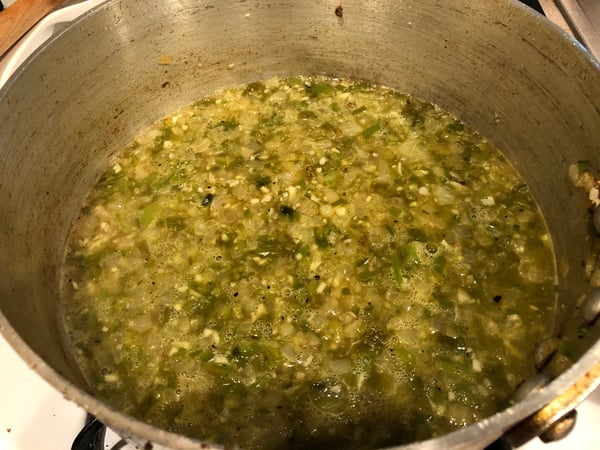 6. While the beer reduces, steep the dried guajillos and chiles de arbol in a blender or a food processor until rehydrated and softened, about 15 minutes. Blend well. 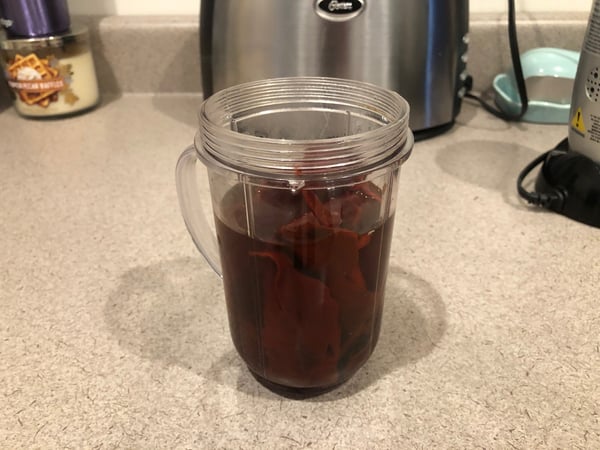 7. Return the beef to the pot and add the diced tomatoes, crushed tomatoes, pureed chilis and cumin. Reduce to a simmer and cook 1 hour to allow flavors to develop and marry. 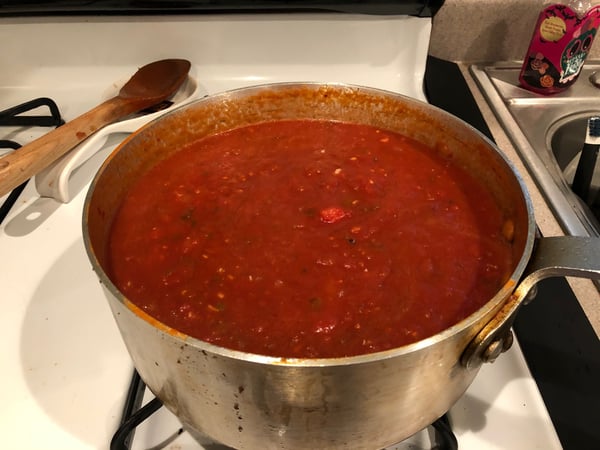 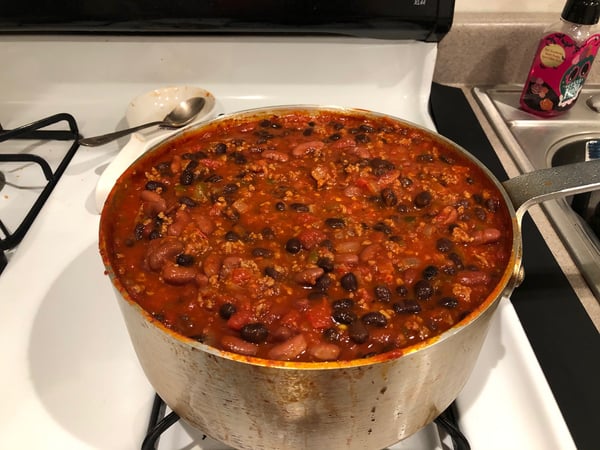 9. Serve hot with the garnishes of your choice.