Get Saucy with our New Sauce Guide

How many of us grew up on broiled bland fish, dry pork chops or sautéed chicken that could have used just a little something extra on the plate? All of these proteins can easily be improved with a simple sauce. The lesson here: to improve your cooking, learn how to make and use sauce like a professional chef.

Now that may sound daunting for the home cook, but it doesn't have to be.

A sauce can balance a dish, improve flavor, compensate for underseasoning or provide a striking visual element to the plate. You've probably had a sauce on a dish in a restaurant and wondered how the chef made something so delicious. Chances are, it's roots lie in the historic mother sauces.

The term "mother sauce" refers to one of the five sauces that are the basis of French cuisine named by August Escoffier in the early 19th century. Escoffier explained his method for sauce making in his Le Guide Culinaire published in 1903. His advice: master the five mother sauces (Béchamel, Espagnole, Velouté, Hollandaise and Tomate) then play with them to create an entirely new sauce. Add grated Gruyére cheese to Béchamel to get Mornay. Add mushrooms, tomatoes and shallots to Espagnole and you have Sauce Chasseur. Mayonnaise, a cold emulsified sauce, was later added to the list.

But these sauces basically remained a mystery to home cooks until the 1960's when Julia Child brought them to life in her cookbooks and television show. There was never such a rush on butchers for gelatinous bones to make homemade stock!

Over time, these classic sauces have fallen out of favor with chefs because they are time consuming to make and pretty rich. Most are thickened with a roux made with flour, which doesn't sit well with today's gluten-free customer. So, chefs have adapted the mother sauces to modern use such as using reduction to thicken, and developed a few new sauces along the way.

The move toward fresh, seasonal cooking has brought us pesto, yogurt, pepper, herb and tahini-based sauces. These sauces are multi-purpose which makes them a favorite in restaurant kitchens. Beyond flavor, the most important element of any sauce is its ability to cling to whatever food it is highlighting whether it is drizzled, dolloped or poured on. 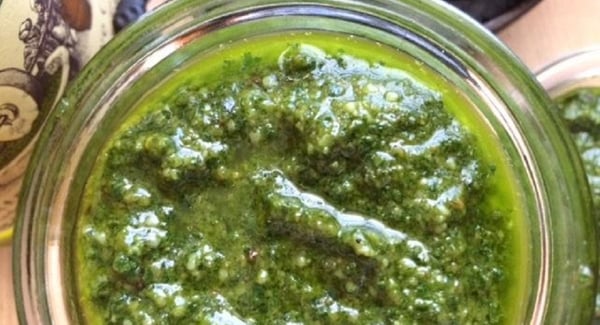 How to Make Great Sauces

The Chopping Block has been teaching people how to make sauces for over 20 years. In fact, one of the charts in our new guide about those classic mother sauces is just about that old. It was in our Building Blocks series, if any of you remember those classes. We've taken our best tried-and-true sauce recipes from our cooking classes (especially our popular Sauce Boot Camp) and tapped into the knowledge of Chef Sam Goldbroch, our resident sauce guru, to compile the ultimate sauce-making guide: How to Make Great Sauces.

In this free resource, you'll get:

This guide is meant to provide a foundation for you to build upon. There are lots of books written about sauces (and we recommend our favorites in the Resources section) so this will not be a substitute for them. Rather, you'll get skills and recipes to practice at home and ideas to have you start thinking about sauces differently. Since a sauce is always a compliment to a dish, never the main component, think of a sauce as the perfect pair of shoes to go with that dress. The right sauce can make that dish a star!

How to Make a Pan Sauce

One of the techniques we start with in the guide is pan sauces. If you learn one sauce-making technique in your life, it should be how to make a pan sauce. Pan sauces are convenient because they are prepared in the same pan which was used to sauté the main course. It is simple to create a sauce that is quick, flavorful and very impressive. Examples of dishes that involve pan sauces (often referred to as reduction sauces) include veal or chicken piccata, marsala, or saltimbocca, steak au poivre, and fish with an herb cream sauce. Because the sauce is made in a wide sauté pan with a large surface area, it will reduce and thicken quickly as the water evaporates.

Shelley demonstrates how to make two different pan sauces in this video:

Whether you want to learn how to make a quick pan sauce to drizzle over steak, a simple tomato sauce for pasta or an easier-than-ever Hollandaise sauce, you'll master them all with the help of this guide. Download it now.