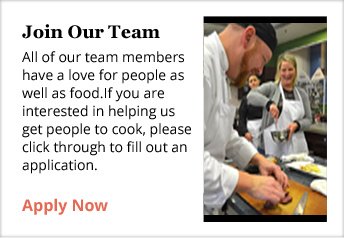 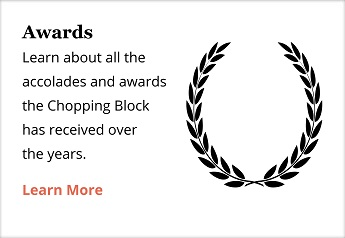 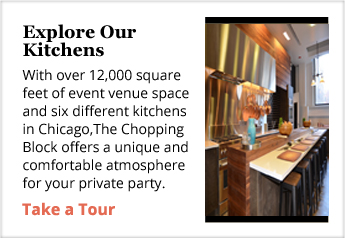 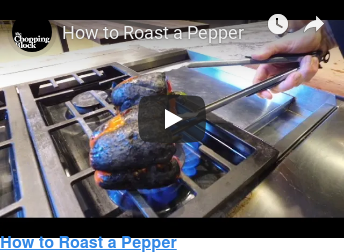 Growing up in Fort Dodge, Iowa may not be the setting that conjures up images of gastronomy, but the influence of that rural upbringing has shaped Shelley's cooking philosophy and entrepreneurial style.

Shelley’s vision for The Chopping Block is fueled by these experiences. She founded Chicago’s premier recreational cooking school on building communities around food and on providing opportunities and education that support her employees and her customers in living their dreams. The Chopping Block takes its winning mix of fun, interactive, individualized and affordable education and addresses the deficiencies in culinary education. What we do provides opportunities to have fun, drink wine, eat amazing food, learn to cook, gather around the table, swap stories and share our lives. We are not only developing a system of education that supports the needs of our students and employees but creating a legion of chefs, instructors and cooks who drive our mission to get the country to cook.

Shelley has been cooking in professional kitchens since 1980 and holds a degree in the Culinary Arts from Iowa Culinary Institute. After moving to Chicago from San Diego in 1994, Shelley worked simultaneously as a private chef for one of the most influential families in Chicago and as a full-time chef at the hip French Bistro, Café du Midi. While holding down her two full-time positions, she created The Chopping Block Cooking School, which opened its doors in April 1997. In 2003, the Chopping Block expanded to its second location. It doubled the square footage of the original location in the heart of the vibrant Lincoln Square neighborhood. In 2005, Shelley moved the original location from Lincoln Park to the iconic Merchandise Mart in downtown Chicago. This move quadrupled the square footage of the original location and propelled The Chopping Block into the forefront of recreational cooking schools.

Since the inception of The Chopping Block, Shelley has managed to not only succeed but to thrive in an industry few have. Shelley has grown her business into the busiest recreational cooking school in the country offering between 250-300 classes and events every month. She has created a brand that is locally and nationally recognized and has won numerous accolades and awards for her accomplishments. 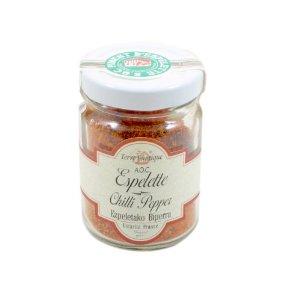 Espelette (pronounced es-pa-let) pepper from the southern region of France is one of my favorite ingredients, and I dare say, a secret weapon in my arsenal of cooking tricks.

This pepper is like no other. It is mildly sweet, mildly spicy and so full of true red pepper taste it harkens eating a fresh red pepper. It takes fish, chicken, vegetables, eggs, mushrooms and any dish which features these ingredients to the next level.

Read more about my love for espelette pepper in my blog.