Now that we are firmly in the icy grasp of winter, it's finally time to unashamedly carbo-load. Typically all we hear these days about carbs is one slanderous, ill-researched smear after another, but guess what folks? Without carbs, we would all be dead.

Not only are they literally essential for the maintenance of your life (fun fact: under normal circumstances your brain runs entirely on glucose which is a carb (the good stuff, like premium unleaded)), but they are the primary source of calories for the entire human race, and have been pretty much since the Neolithic revolution. Our main source of carbs as a species is from various forms of grain. Grain is a staple of the human diet for a lot of reasons: it's delicious, it grows fairly quickly and fairly easily, it is easy to transport, and most importantly for humans living before the advent of refrigeration, it stores very well. It's of little wonder then that grain has been appearing in the winter diets of people the world over since time immemorial. Who are we to try and break such a long standing tradition? A1C levels be damned!

Of course, what grain you choose to load up on is largely a matter of personal preference or cultural norms, but there is one that is almost universally beloved (not rice… I mean yes, rice, but that's not what I’m talking about) and not only is it delicious and incredibly versatile, but it's actually fairly low in calories because it's almost entirely air. 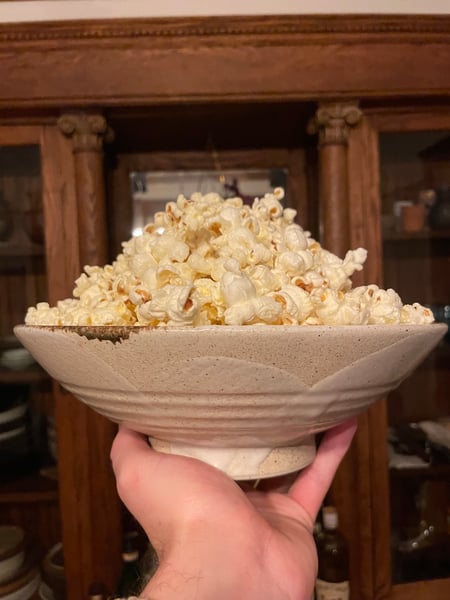 That's right - I’m talking about popcorn, and as an adult it's time you learned how to make it without leaving so many un-popped kernels (these are referred to as widows which, I gotta say, appeals to the 15-year-old goth inside me) that you have to chew with caution so as not to crack a molar, or risking setting off the building-wide fire department-linked fire alarm. And despite what gadget manufacturers would like you to believe, the only equipment you need to pull off perfectly popped popcorn is a stove, a pot and a lid.

Start by determining your dose. For two people enjoying a lengthy movie, I usually use half a cup of kernels. 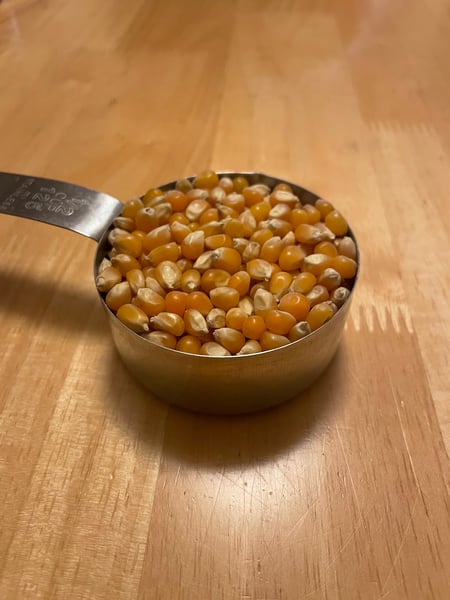 You'll need a roughly 5-quart pot with a lid. It doesn’t have to be a glass lid, but it is nice to be able to see what’s going on inside the pot. 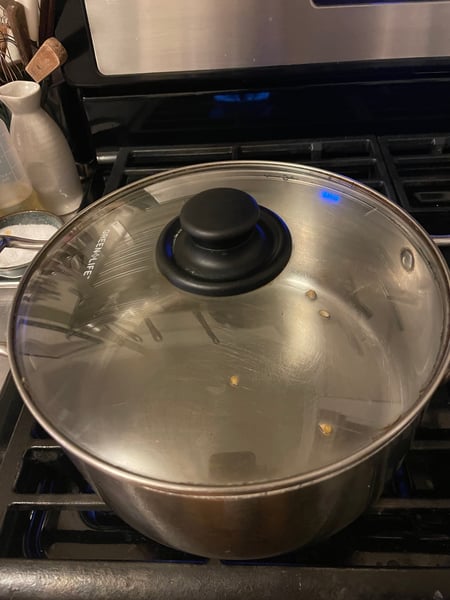 Start by setting the pot over high heat and add enough neutral-flavored oil to form a thin layer across the bottom of the pan. Add a couple kernels of popcorn to your pot, and just wait for them to pop. I like to do this with the lid on so the sudden popping doesn’t startle me as much, and so the kernel doesn’t launch itself out of the pot and onto the floor, but if you like being startled or watching popcorn fly three feet in the air with no warning, then by all means leave the lid off when you do this. 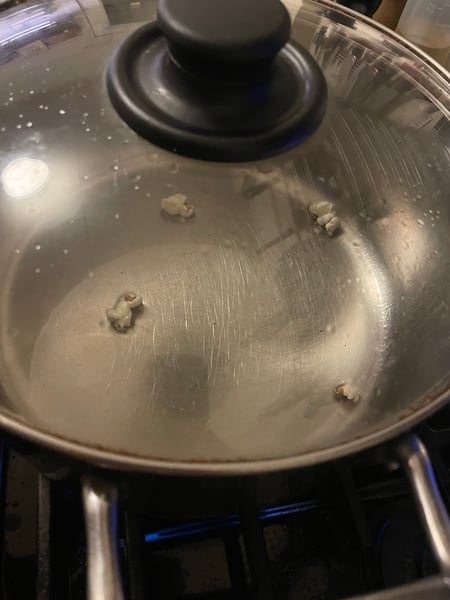 Once your test kernels pop that tells you that your pot is hot enough for you to dump in the rest of the popcorn. Add it all to the pot at once, put on the lid, and give the pot a gentle shake to settle all the kernels into roughly a single layer. 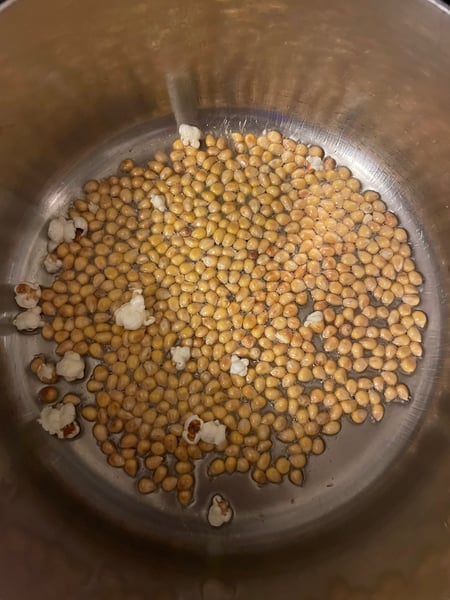 Leave the burner on high until it really starts popping off (heh), giving the pot a confident few shakes every now and then. Once you are getting many pops per second turn your heat down to medium-low. At this point the name of the game it to slowly move your pot around your burner in a circular fashion all while still shaking it a few times every minute. This will ensure even heating, and the shaking will naturally cause the popped kernels to rise to the top and the un-popped ones to fall to the bottom where they will become popped (thanks, physics).

Continue in this fashion until you are confident you have popped every kernel, or until your pops-per-second drops to around 0.25 or less. At this point the hard part is over, simply dump your popped corn into a bowl more than large enough to accommodate it, and dress it to your liking.

I prefer salted butter, and just barely too much salt, but you could use cheese powder, nutritional yeast, your favorite spice blend, the old TCB standby truffle salt, olive oil, caramel, chocolate, really whatever you like! Just make sure you eat it like this: 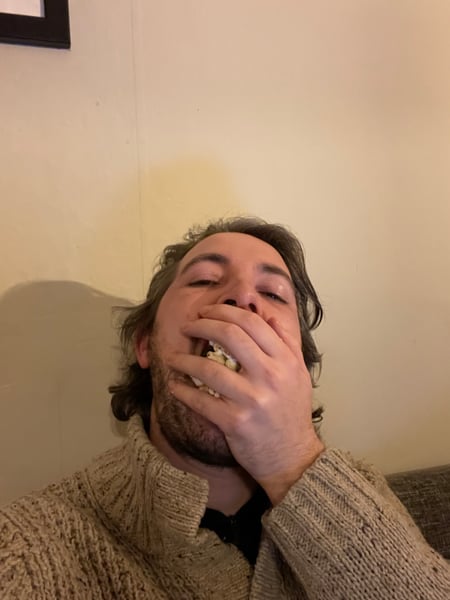 If you want to learn how to make the perfect meal before you snuggle on the couch for movie night to enjoy your popcorn, join us for Virtual Valentine's Day on Monday, February 14 at 6pm CST and make a delicious meal with your partner in your own kitchen: