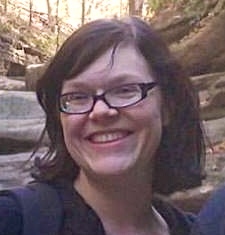 When I began my training as a retail associate at The Chopping Block in early August, I quickly realized that one of my most important duties was making popcorn. This is certainly not like any retail job I’ve had before! Every day at The Chopping Block we prepare delicious samples so our guests can taste some of our gourmet retail products—and one of our most popular samples is Truffle Salt popcorn. To highlight the amazingly rich taste of the Truffle Salt we prepare huge batches of popcorn, toss them in olive oil and sprinkle them with the Truffle Salt. 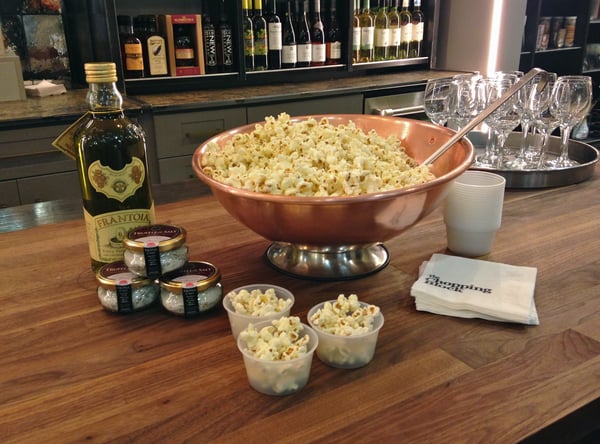 When I’m not at work, I’m working on a graduate degree in history, so naturally I started to wonder about the historical origins of what we eat and how we cook. I soon discovered that popcorn’s history is much longer and more impressive than I ever would have guessed!

Corn or maize is one of the oldest staple crops in the world, domesticated in the Americas around 3500 BCE. Ancient farmers developed domesticated corn from the wild teosinte plant, so that over many generations this small, hard grain was transformed into the delicious, sweet, bountiful veggie we know today. Having a reliable and plentiful source of nutrition allowed the ancient American civilizations like the Aztecs and Incas to grow and flourish.

That’s a pretty impressive little grain! But besides being the foundation of some major world civilizations, corn also performs a neat little magic trick—it pops when it is heated up! We can’t know for sure who first discovered this a-maize-ing (sorry) feature, but archaeologists report finding popped corn cobs in South America that are over 6,000 years old. Popcorn probably was used only as an occasional snack or for ceremonial purposes in these early American civilizations. For example, the 16th century Spanish missionary Barnardino de Sahagun reported witnessing an Aztec ceremony where young women danced with headbands made of popcorn garlands.

Popcorn became a popular snack in the United States in the mid- to late-19th century. At this time popcorn was often a breakfast food, eaten from a bowl with milk just as we eat cereal today. During the Great Depression of the 1930s, popcorn’s popularity as an everyday snack food started to grow. It was a fun and thrifty snack for families who could afford few luxuries. Americans flocked to the movies for affordable entertainment during the Depression, and popcorn vendors soon set up shop right outside movie theatres so folks could buy a snack on their way in to the show. Thus the abiding connection between popcorn and movies was born.

The development of microwave popcorn in the 1980s popularized the snack even further, but at The Chopping Block we believe in popping our corn on the stovetop the old-fashioned way. There are countless ways to season this simple yet astonishing snack- Truffle Salt and olive oil is a popular flavor combo, but my personal favorite is actually Pizza Popcorn. Just toss your popcorn up with some olive oil, fresh oregano, grate parmesan, and Pomodoraccio tomatoes. Yum!

Knowing the history of our food can help us stay connected to the past and to be more conscious of what we eat. Every time I pop one of those fluffy little kernels in my mouth now I can’t help but think about its ancient origins. We may dress it up differently now, but popcorn has been popping up in human history for thousands of years.