Cinnamon rolls are a treat I enjoy only once or twice a year. I should really eat them more often, but here’s my dilemma. I buy the tubes of cinnamon rolls from the store, and I know they are terrible for me. That’s why I eat them so infrequently even though I love how they taste! But, here’s my theory: if it’s homemade, then it’s okay to eat as much as I want! 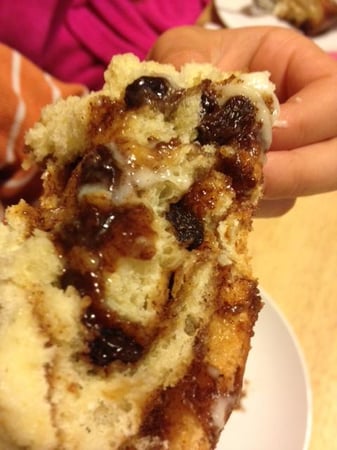 It’s a tradition in our house to enjoy cinnamon rolls on Christmas morning, and for the longest time I have wanted to make them from scratch. But, between all of the other demands during that time of year, I just can’t seem to fit it in. This year is going to be different.

I have been inspired by our bread making classes like How to Bake Bread. Cinnamon rolls are one of the bread-making techniques and menu items, and while formatting the recipe I decided I would get a head start and make a practice batch. My family was very supportive in my endeavors!

If you are new to baking bread this is a great recipe to start with! The recipe is very straightforward and easy to follow. Plus it’s a lot of fun drizzling the dough with butter, sugar and raisins and then rolling it up. And, you know what the icing on the cake is? The icing on the cake! The baked dough gets frosted with cream cheese frosting! It’s a no brainer.

I chose to make the cinnamon rolls during the week when I’m busy working, so I had to divide the steps over a few days’ time. I made a couple of adjustments to the timing of the recipe, which actually made the process even easier.

On the first night, I made the dough and kneaded it until smooth. I use a Kitchen Aid stand mixer, because they are the undisputed rulers of stand mixers of all time. There was no way I was going to stay up all night, so I place the kneaded dough in a bowl, covered it with plastic wrap, and popped it in the fridge. I then allow the dough to rise in the refrigerator for about 24 hours. The benefit of this is when you slow down the process by refrigerating the dough during the first rise, the yeast have time to grow and develop a great depth of flavor. 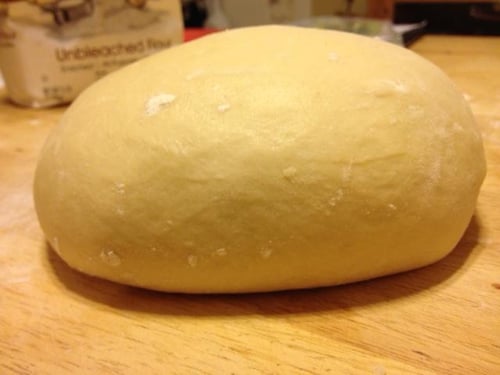 On the second night, I pulled the dough out of the refrigerator 1 hour before I wanted to work with it. It’s a lot easier to work with dough when it’s room temperature. 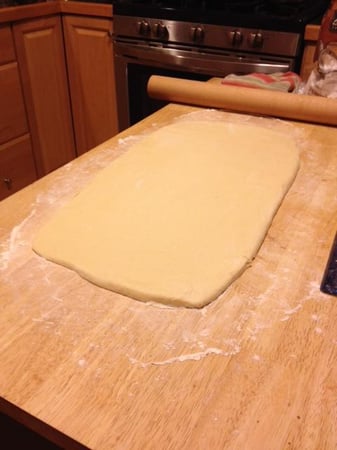 I rolled out the dough, added the filling ingredients, rolled it up into a jellyroll, and cut it into individual cinnamon rolls. 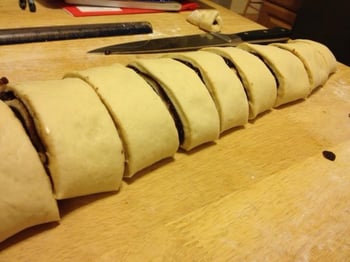 I then placed the rolls in a buttered baking dish, and allowed them to proof in the refrigerator overnight. 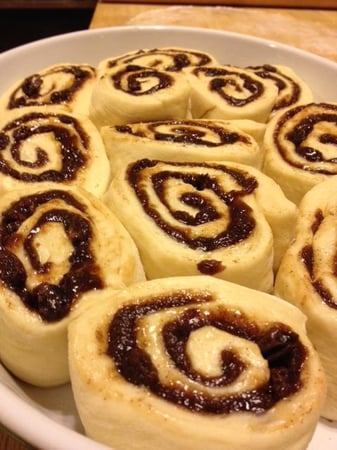 The next morning, I transferred the proofed rolls directly from my fridge to the hot oven. While the rolls where baking I made the cream cheese frosting. 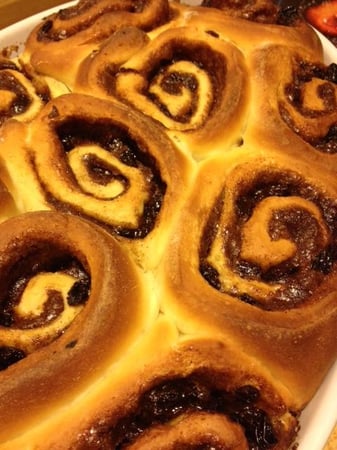 When my kids got up in the morning they were very pleasantly surprised. 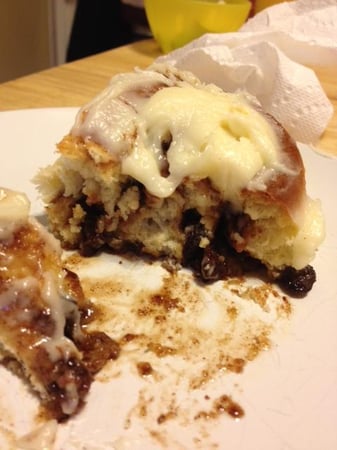 Join us for our How to Bake Bread or Artisanal Bread Baking cooking classes this fall, so you can learn even more tips and techniques on bread baking.

In the meantime, here's The Chopping Block's Cinnamon Roll recipe.