I grew peppers in a garden for this first time this year. We planted ghost peppers, hot banana, bell peppers, jalapeno and cayenne peppers, and they flourished in the late-summer heat here in Florida. In fact, I had so many peppers on hand, I started running out of ideas on what to do with them.

Of course, I shared plenty with friends but also experimented with some new techniques I had never tried before. I dehydrated some cayennes and ground them with a coffee grinder to create a powder. I'm currently in the process of drying out some ghost peppers to make a smoked sauce, taking notes from The Chopping Block's Owner/Chef Shelley Young on how she dried her espellette peppers last season. 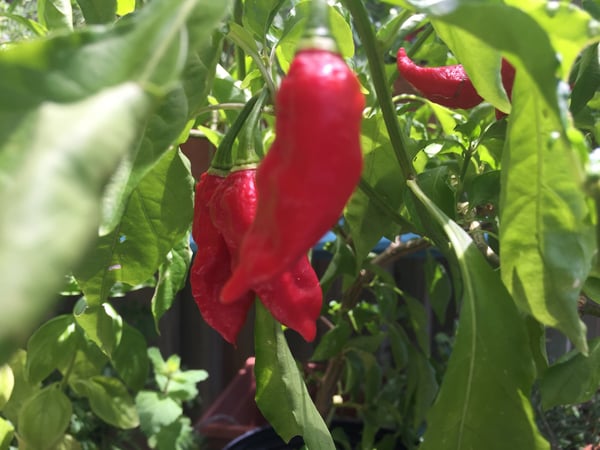 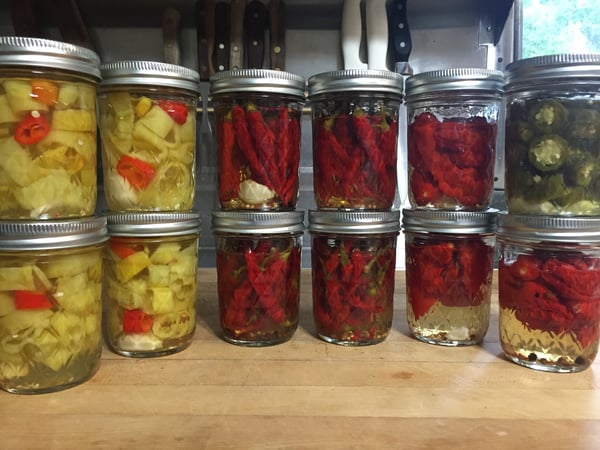 In addition to the ghost pepper hot sauce which is a lengthy process since it takes over a month to dry out the peppers, I wanted to try a quicker method for a cayenne hot sauce. I had recently visited Avery Island, where Tabasco sauce is made, so I wanted to follow a similar method for making sauce. Their reserve sauce I love so much is simply Tabasco peppers, salt and white wine vinegar. However, they ferment their mash in white oak barrels for eight years. Obviously, no one has that kind of time, so I shortened the process. I did follow a similar recipe, but since this was an experiment, I made a very small batch, not sure how it would turn out.

1/2 pound cayenne peppers, stems removed and chopped (Tip: use gloves for this or you could be sorry later, especially if you wear contacts like I do. Just sayin'.) 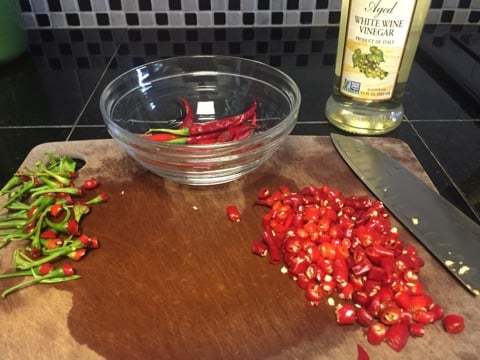 Combine the chiles and vinegar in a saucepan and heat. Stir in the salt and simmer for 5 minutes. 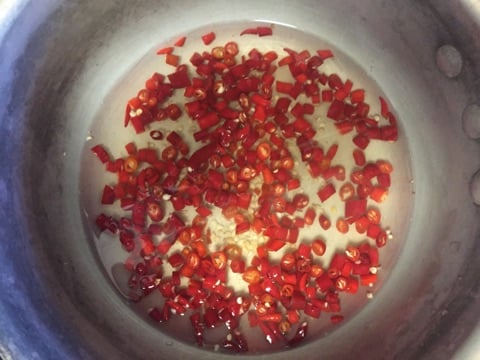 Remove from the heat, cool and place in a blender. Puree until as smooth as possible. 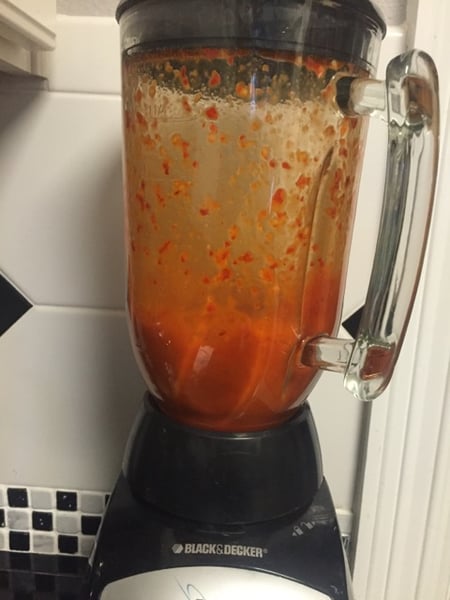 A Vitamix would puree this sauce much more finely than my blender did. (I'm still saving up for one.) Allow to steep for 2 weeks in a container in the refrigerator, giving it an occasional shake. 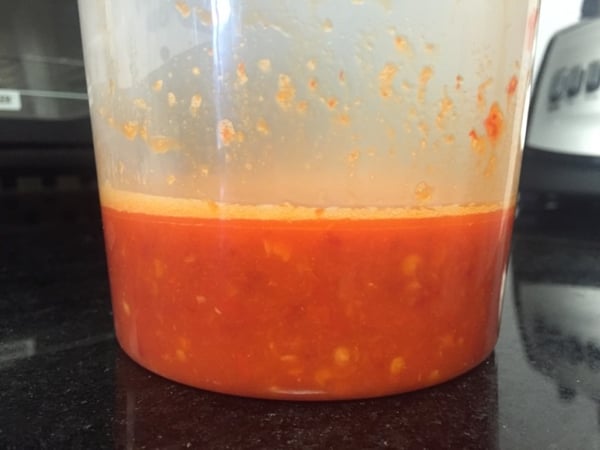 Strain the sauce through a sieve. 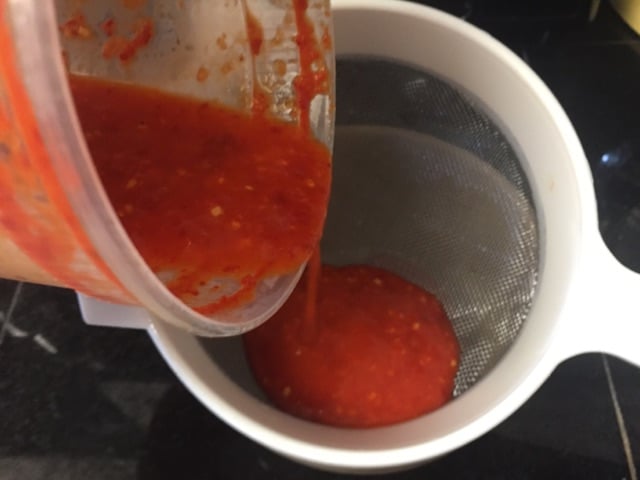 Be sure to press the mash into the sieve to get all of the liquid out. 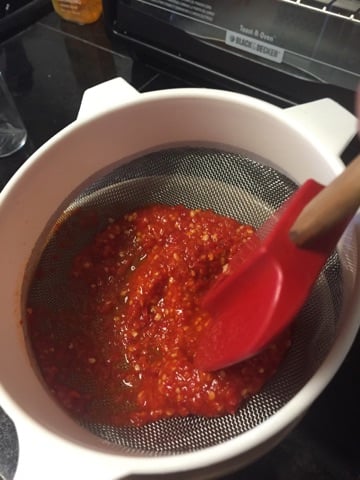 Pour into a glass bottle.

Keep the sauce in the refrigerator and use on everything! Check out the color of this sauce. It's vibrant and flavorful. It's got more heat than the Tabasco Reserve, but that just means you use a little less and it lasts even longer. 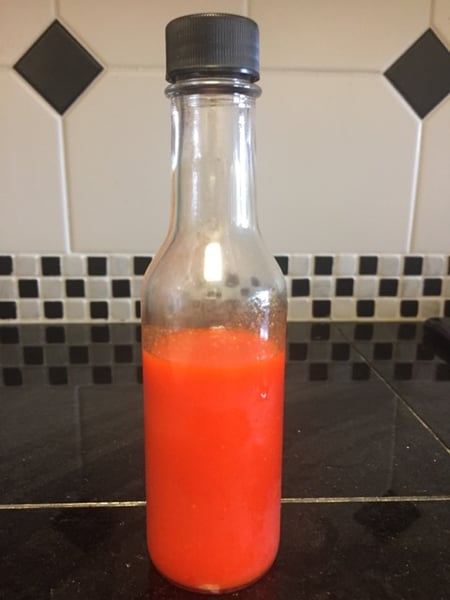 I think this sauce would go great with the Andouille Sausage Gumbo we'll whip up in our The Perfect Pair: Soup and Bread Workshop class at Lincoln Square this weekend. There are lots of other sessions of this class available, so check out our class calendars.

Homemade hot sauce is a must-have for wings, especially my favorite, the Honey-Sriracha Wings from our Football Food: Kick it Up a Notch cooking class.

And it's the perfect fit for my latest obsession, Nashville Hot Chicken which you can make yourself, or turn to one of the many restaurants offering it in Chicago.

If you don't have peppers or time on hand to make your own sauce, our new Bollito's Tuscan Red pepper sauce is a must-have for your kitchen. Stop by our stores and pick up a bottle for $9.95. 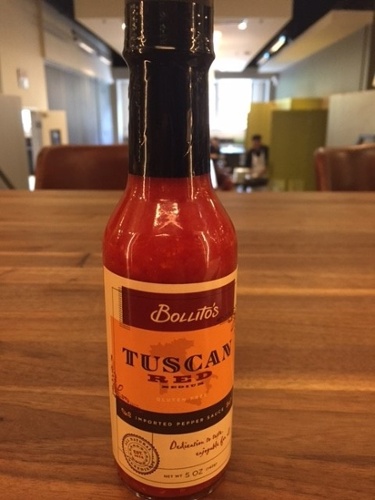