A Slice of Spice Pie 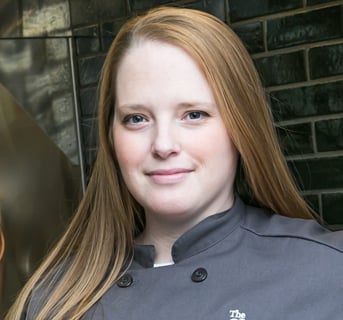 I love pie. Sweet, savory, fruity, meaty, I love 'em all. There is no such thing as pie season, pie is for every season. One of these days I'll get around to making a "Pie of the Month" calendar, but you get the point.

Needless to say, there's a whole lotta pie happening around this house. Now, while my family all enjoy the traditional favorites like cinnamon apple and chocolate pecan, one of the benefits/perils of living with a chef is the onset of chef boredom. No matter how good a recipe is, eventually I'm going to feel compelled to tinker with it. This summer, I decided that my favorite cherry pie recipe was asking for a little attention.

The key to homemade cherry pie, of course, is the cherries themselves. Tart cherries are one of the fleeting gems of the summer stone fruit season. Reaching their peak for a few weeks in late June and early July, you have to scoop up the glowing red Morello's and Montmorency's while they're available. Now you might be asking  - why blog about June fruit in September, Chef? And I'll tell you - even though I bought my cherries fresh from the farmer's market in season, I promptly did what all tart cherry processors do - I pitted and froze them. 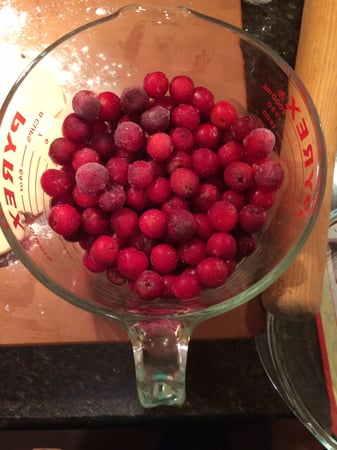 Tart cherries are perfect for pie because they hold their shape well during baking and their natural acidity is a perfect balance for all the sugar, but they have approximately zero shelf life. So I freeze them immediately and then I can have cherry pie whenever I please. Frozen tart cherries can be found in most grocery stores and are the best choice if fresh are not in season.

The traditional spice that accompanies cherry pie is cinnamon. Now, there's nothing wrong with cinnamon, but it gets a bit boring after awhile. It's basically the salt of the baking world - always nice to have around, but kind of a one note wonder. So, as I dug through my kitchen cabinets looking for inspiration, I caught a whiff of sweet pepperiness and knew at once just what I was looking for - garam masala. 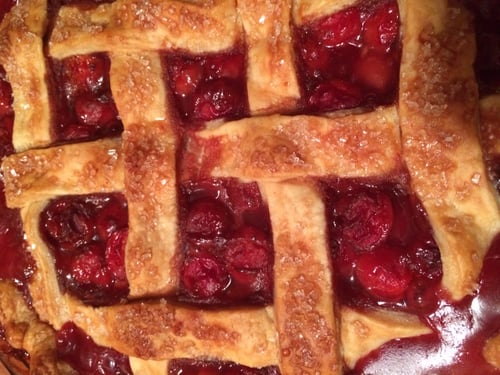 If you're unfamiliar with it, garam masala is a spice blend commonly used in savory Indian cuisine. It varies regionally, but most commonly contains a blend of cloves, cinnamon, nutmeg, mace, cardamom, black peppercorns, bay leaf, and sometimes cumin. The first five spices in that list are common in western baking, but the other three tend to be used almost exclusively for savory cooking. However, when combined with the sweetness and acidity of the cherry filling, the savory spices add a richness and complexity that can't be denied. And, the aroma is intoxicating. 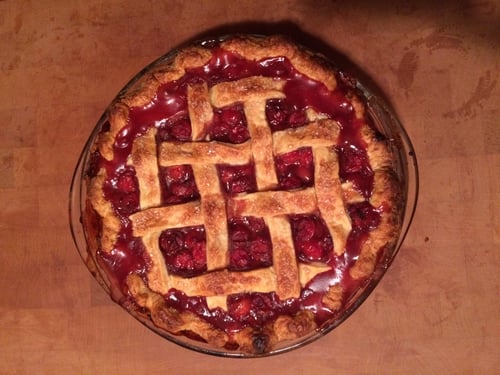 Don't worry, it will still taste like delicious cherry pie; it will just taste BETTER. So go ahead, and break out of the box and into your spice cabinet - a palate is a terrible thing to waste.

If you want to investigate the world of pie further, be sure to check out our Pie & Tart Boot Camp being offered at The Chopping Block this fall. There's Baking Boot Camp too!