How to Make Apple Cider Syrup and Turn It Into Pie

Close to 20 years ago, one of our former chef instructors Lisa Futterman came to work with a recipe she clipped out of a newspaper for an Apple Cider Pie. It was the craziest pie I had seen. She took an entire gallon of apple cider and reduced it down and turned it into one of the most delicious pies I had ever tasted. Remember that this is 20 years ago, so we didn’t just go online and find recipes at the drop of a hat. We scoured books, magazines and print publications for new ideas, as well as the classics. When I found a really great recipe, I usually held on to it but there have been a few that have slipped through the cracks, and this pie is one of them. 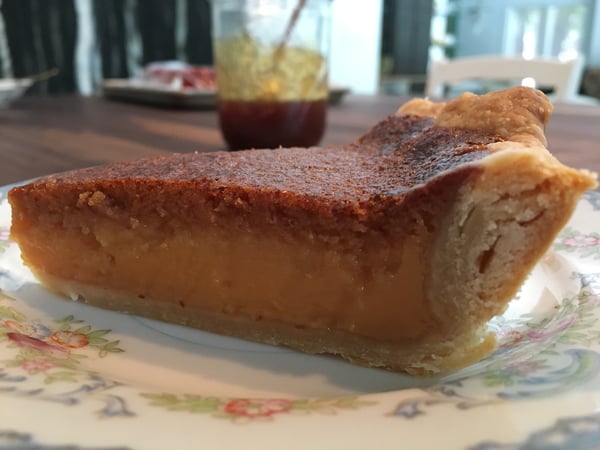 I looked around online again and was able to find an old Amish recipe for a what they called a Boiled Cider Pie. The origins made sense since the Amish do not have sugar readily available but rather used what they did have on hand for sweetening things and apple cider syrup is one. Maple syrup is another, and the two are the foundation of the pie. I took the old recipe and have been adapting and perfecting it into what I believe is one of the best pies I have ever tasted! If a pecan pie and a key lime pie had a baby, it might be something like this pie. I’m pretty sure that might sound like breeding a Shih Tzu and a Shepard, but in this case, it really works.

Let’s start by make the apple cider syrup. What is really required here is a good pot with even heat distribution, apple cider and time. I like to make this in the fall or winter and have it around for the colder months. It lasts a whole season if you refrigerate it but you can also can it in the same method you would jam and it will keep on the shelf longer.

I used ½ gallon of cider and an 8-quart Le Creuset French Oven but if you have access to a larger pot you can certainly do a larger batch. Simply put the cider in the pot and cook at a very low boil. Scrape the sides down as you go.

Once the cider is about twice the thickness of simple syrup or reached approximately 2 ½ to 3 cups of volume, you are done. Give yourself anywhere from 2 to 4 hours of cook time.

Once it is finished reducing, you can put the syrup aside in a clean mason jar and use as an all-natural sweetener. 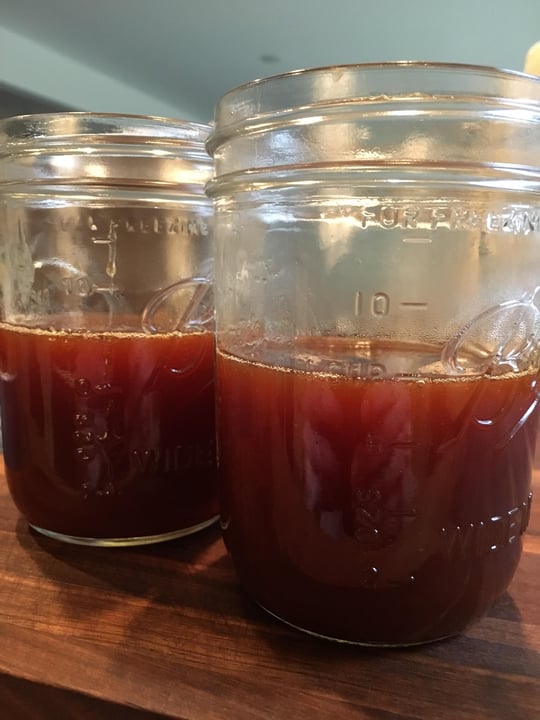 It is great drizzled over oatmeal, on pancakes or waffles but you can also make glazes out of it for pork or chicken. It is also good in tea or simply stirred into hot water. 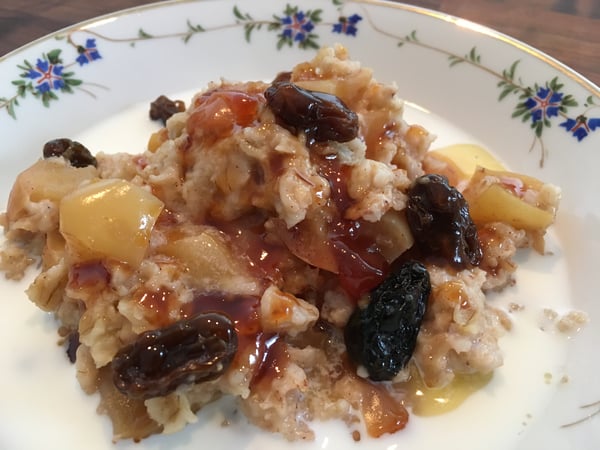 Pie Crust (see our video on How to Make Pie Crust)

This is a 1-crust pie so it will take half of our recipe. Roll the crust and place into a earthenware pie dish or cast iron skillet. Glass will generally give you a soggy bottom crust and burnt edges, so avoid it if possible.

Put the cider syrup in a 2-quart sauce pan with butter, maple syrup and sugar. Heat over medium until butter is melted and sugar dissolved. Meanwhile, whisk eggs and vanilla in a separate bowl until well combined.

Pour the heated syrup into the eggs gradually whisking while you do it. There is an assumption here that the syrup isn’t very hot, if you happened to overheat the mixture let it cool a bit before you add it. Fill the pie shell with the syrup mixture and bake at 350 for approximately an hour. I would start watching your pie closely after about 45 minutes. The pie will still be jiggly when it is done but it won’t be jigglier in the center than on the sides, it will be what I call the "cohesive jiggle". 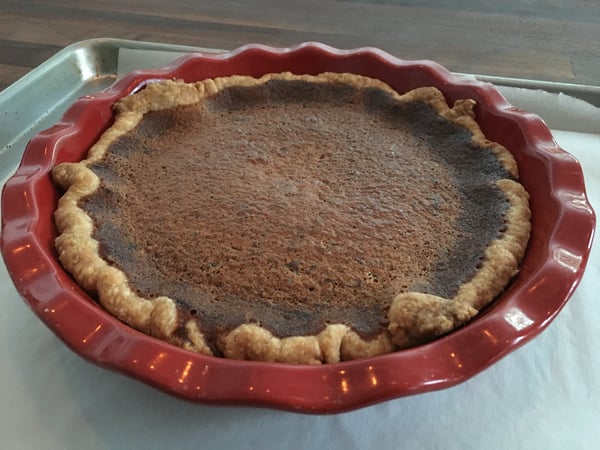 This pie is great served either room temperature or cold and like most pies, even better the next day.

I hope you enjoy any or all of these ideas and that we see you in one of The Chopping Block's upcoming baking classes. Our Pie & Tart Boot Camp is one of my favorites because you walk away with all of these skills:

Next week is Pi Day, and we're celebrating with some very simple math: getting 8 slices of our Famous Apple Pie and Banana Cream Pie out of one whole pie. Reserve your slices for pick up on Wednesday, March 14 from 11am-7pm at either of our two locations: