Fight2Feed Fights Hunger in Chicago One Block at a Time

The truth about food waste is getting its time in the spotlight right now thanks in part to a new documentary by Anthony Bourdain called Wasted! This story of food waste is now available in select theatres, On Demand, Amazon and iTunes. The film is packed with shocking figures about America’s mammoth role in creating food waste, including the time it takes a vegetable to decompose in a landfill (an incredible 29 years for a head of lettuce! Why so long? Because there is no oxygen in landfills.). But Wasted! also takes the time to tell the stories of people and organizations working on innovative solutions.

One organization working to solve the food waste problem here in Chicago is Fight2Feed, and President Anthony Martorina says everyone should be required to watch this film. "It makes me happy that the message is getting out there to the mainstream public," Anthony says. "This movie validates what we are doing."

Fight2Feed is a 100% volunteer-driven, non-profit organization that works to turn wasted food into healthy meals for hungry people in need. Volunteers rescue food from restaurants and businesses like The Chopping Block and Soldier Field and repurpose the food to feed people in local shelters. They even hit the streets and feed the homeless directly during what they call "street missions." 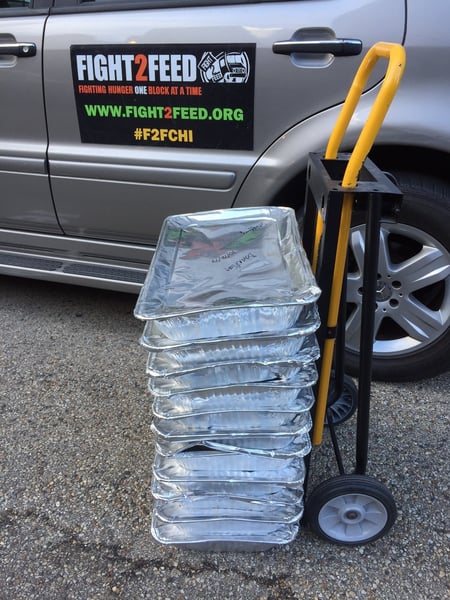 Fight2Feed just celebrated its third year in Chicago. Volunteers pick up leftover or surplus food such as bread, produce, cooked food, even potato chips from different events and distribute it to food pantries or shelters, from the south side of the city all the way to Uptown. "Bread is a hot commodity since most pantries never see anything other than sliced white bread," said Anthony. "Some of these kitchens are responsible for cooking three meals a day, and they are only used to getting canned vegetables, so fresh produce is a real treat for them." The Chopping Block recently donated leftover stuffing and rice from a private cooking event. 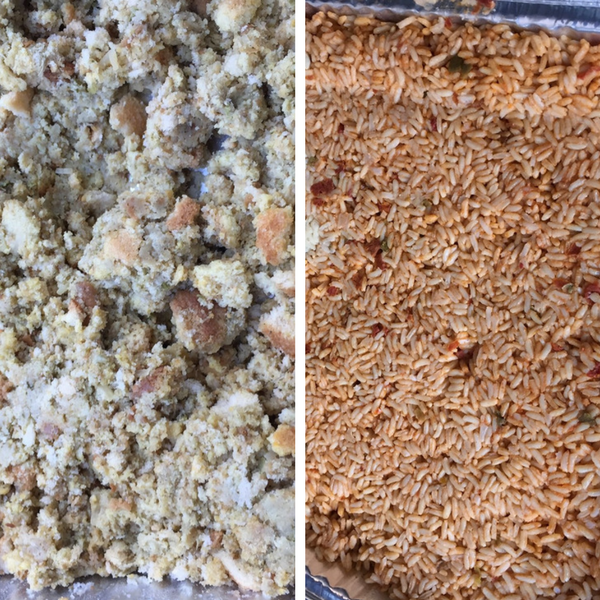 Volunteers also repurpose that surplus food into meals that can easily be distributed on the streets. Anthony says they've learned a lot of lessons from dealing with the homeless on a personal level. "When we first started doing this, we used to hand out apples. One day I handed an apple to an older man on Michigan Avenue who then smiled and showed me that he had just one tooth. Now, we know better and stick to softer fruits that everyone can eat without a utensil like bananas and oranges," said Anthony. However, no food is turned away. If a case of apples is donated, they will turn that into a cooked food.

I asked Anthony how they find people to feed on the streets. "Unfortunately, it's pretty easy in Chicago," he said. "We know where our people are." He says the homeless often get moved around for big events such as the marathon or for construction work such as bridge repairs, but they eventually come back. "There's an entire tent community on Lower Michigan Avenue that I never knew existed before I started doing this work. Now, I'm constantly driving around and scouting locations," said Anthony.

But how safe is it? Anthony says it's a rule that volunteers distributing food on the streets carry no money or valuables on them. And while a few have been threatened, the majority of recipients are happy and grateful for the food. Fight2Feed is currently saving money to go toward a food truck to make their missions even more mobile.

Fight2Feed is a new charity, but is growing quickly and now has a second official chapter in Atlanta. They hope to eventually have chapters in all of the current 17 cities that host Culinary Fight Club, a fundraiser for Fight2Feed. It's an exciting fight club-style cooking competition that is inspiring everyone from home cooks and executive chefs to come out and challenge their cooking skills. "One common bond for everyone is food. Everyone eats food, everyone loves food. Food is a gathering point. When you have a party, you have food. When people come to your house, everyone is packed in the kitchen. Food, to me, is like a community," said Anthony.

The Fight2Feed team is made up of people just like you and me. They are looking for people with any level of cooking experience or simply a desire to help. They post volunteer opportunities on their Facebook and Twitter channels so check those out if you are interested in doing your part to help reduce food waste.