I Can't Believe It's Not Champagne

The year is almost over, and that means it's time for everyone in the food blogosphere to start talking to you about that Champagne, which you will presumably be drinking sometime in the very near future. And why not? Do a Google image search for “New Year's Eve” and you'll find pictures of Champagne, fireworks, and happy people. We clearly associate these things. But is that bottle you're planning to drink actually Champagne and does it really matter? 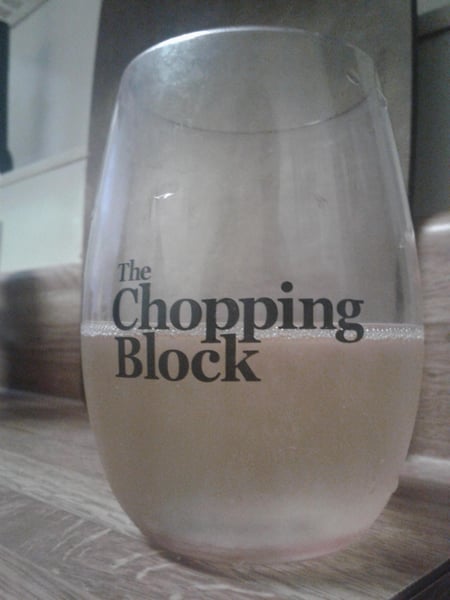 I recently read Larry Olmsted's new book, Real Food/Fake Food, which examines the scope and frequency of adulteration in the food industry. Spoiler alert: there's a lot of it and it's goes as far back as  far as recorded history. Olmsted devotes one entire chapter to the differences between sparkling wine production in Champagne and major California manufacturer Korbel. At points during the reading I found myself wanting to scream, “Sweep the leg, Larry!” as Olmsted broke down Korbel and their claims of producing wine in the méthode champenoise.

What is the méthode champenoise?

Great question, reader! And, honestly, one I'm probably not qualified to answer (but that's not going to stop me from trying). Beyond being a major export, wine is cultural hallmark for France. The laws governing its production are numerous and quite specific. Champagne is no exception to this, and winemakers must adhere to strict guidelines on which grapes to plant, when to plant them, and how they should be harvested. The méthode champenoise begins at the production phase. The wines are first fermented in the barrel and then undergo a second fermentation in the bottle. Additional sugar and yeast are added, then the bottles are moved into the cellar where they are aged “on the lees (sediment)” for anywhere from nine months to several years depending on the vintage. While the bottles are aging on the rack, they are slowly rotated to move the sediment leftover from the yeast from the bottom of the bottle to the neck. This sediment is frozen in the neck of the bottle and then disgorged. The bottles are quickly corked, caged, and sent out to anxious consumers. As one might imagine, the time and effort put into this process are quite expensive.

Does it have to be Champagne?

Confession time: I've never actually had Champagne. I was one of those people who just assumed that Champagne was just a generic term for all sparkling wine. So, with New Year's Eve approaching I began thinking about what I was going to pick up this year. Is it time for me to finally grab a bottle of the real thing? Probably not. I've never seen a bottle of real Champagne go for under $35 and that is honestly outside my wine budget. So, here are a couple of quality alternatives for those of you who, like me, want a nice bottle of sparkling, but are working with limited funds.

Beyond Champagne, there are several wine regions in France that produce excellent sparkling wine. The term Crémant, French for “Cream,” is generally used to refer to wines that are sparkling, but have bottle pressures just over half that of Champagne. However, there are three exceptions to this, those are  Crémant produced in Alsace, Burgundy, and Loire, which will be specifically noted on the label. These are produced using the same method as Champagne, the méthode champenoise and, like Champagne, are held at six atmospheres of pressure. The Chopping Block sells a lovely wine in this style, Camille Braun Crémant d'Alsace Brut, which is one of my favorite wines. I like this wine so much, I have to excitedly tell one of my managers every time we sell a bottle. It's light, crisp, and has a very nice pear flavor. Want to know the best thing about this style of wine? It generally costs at least $10-15 less than Champagne per bottle. 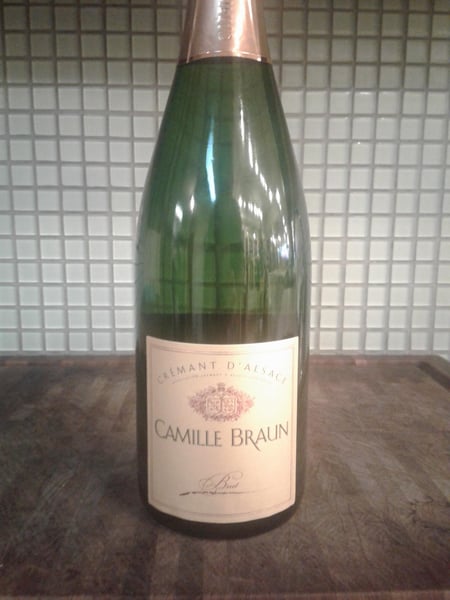 Within the EU, it's actually illegal for a producer outside of Champagne to call their sparkling wine “Champagne.” Winemakers in Catalan did just that until 1970 when they rebranded their regional sparkling as Cava, which is Catalan for “cellar.” Wines produced under this Denominación de Origen are generally made in the méthode champenoise. The La Vida Al Camp Brut Cava we sell is an organic blend of Xarel-lo, Macabeo, and Parellada. It's crisp, refreshing, and about $10-15 less than Champagne per bottle. 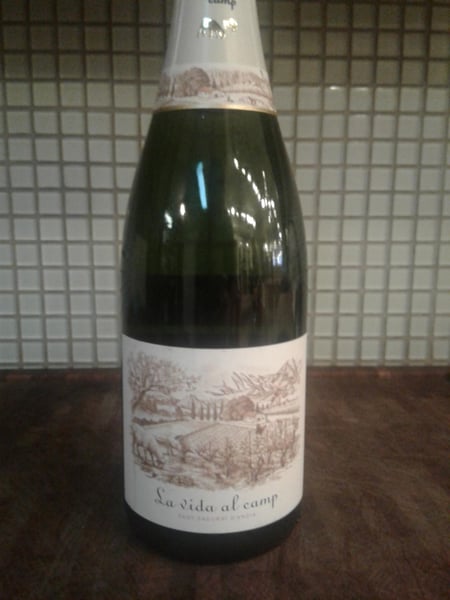 If you don't happen to have plans for New Year's Eve, why not stop by our Merchandise Mart location and take part in our New Year's Eve Extravaganza where there will be lots of sparkling wine flowing? There's going to be a lot of decadent food, fine wine, craft cocktails and best of all, it's over by 9pm so you can still make that party you're planning to attend.