Let's Settle This: Which Region has the Best BBQ? 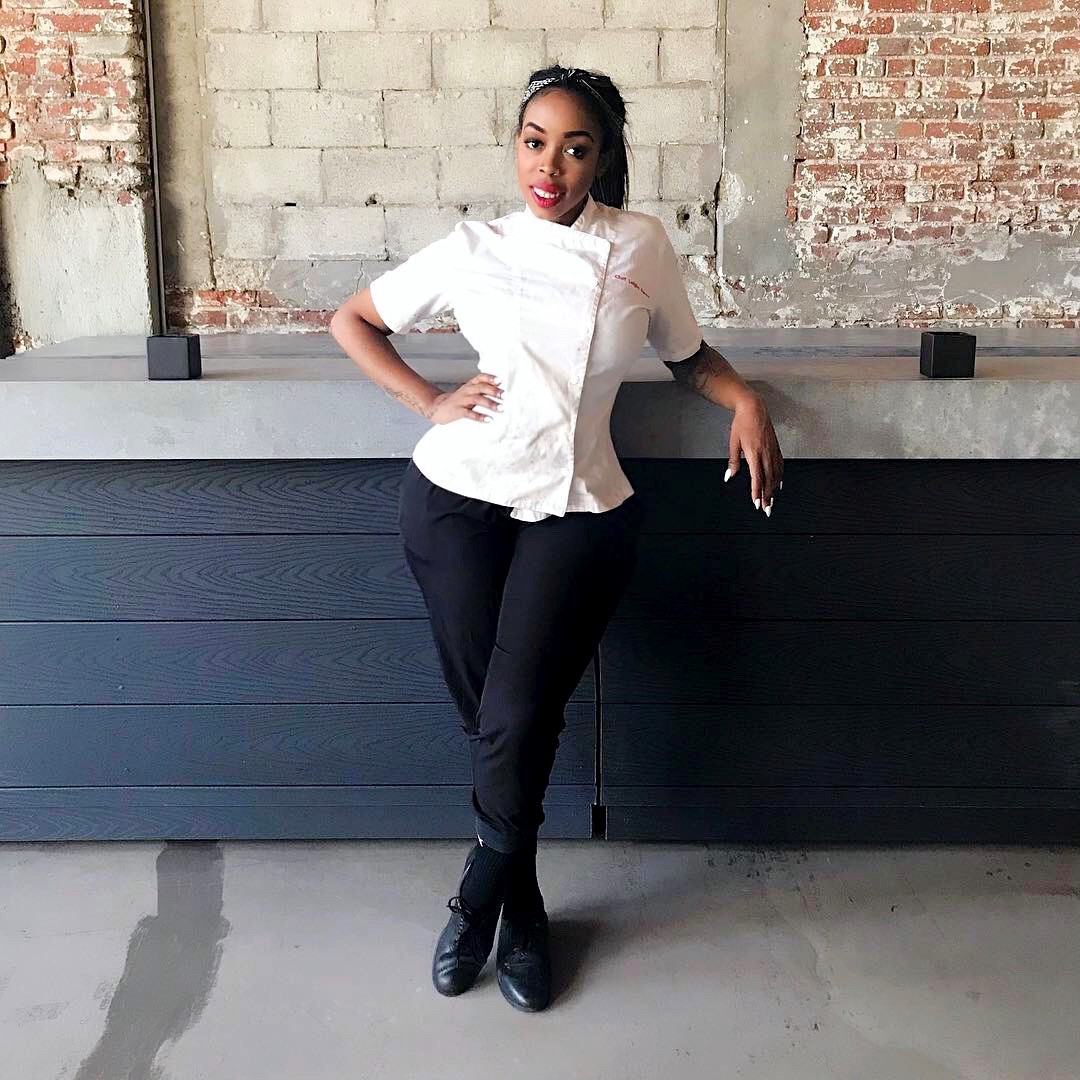 With summer approaching, it's almost time to start planning upcoming family barbecues and outdoor celebrations. What is a soirée without amazing food? The first thing that probably comes to mind is a bountiful spread of smoked meats and amazing sides to pair. When thinking of rubs and BBQ sauces there has always been an unspoken debate if you will regarding which city in the country has the best BBQ. I’m not personally going to tell you which is the best, but I will give you the facts which should help you when planning that family affair this summer.

We begin with Kansas City, home of famous dining places such as Gates or Arthur Bryant’s. The barbecue in Kansas City has been known for what is considered “burnt ends” as the meat is carved off the bone and placed back in the smoker to obtain additional charring. Kansas City barbecue typically is paired with a tomato based BBQ sauce. This sauce is a perfect blend of sweet and tangy. 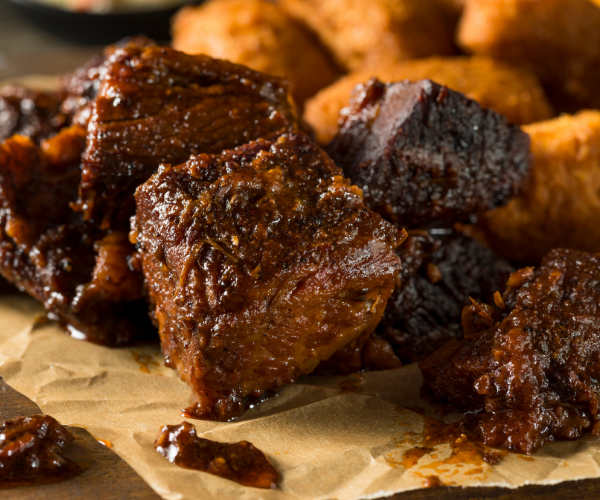 Moving to Memphis, where the style of BBQ this region is very partial to pork and pork pairings. The rub of this region could have up to 40 different spices with paprika and garlic always included. In Memphis, you would typically see the meats cooked in a pit by the pitmaster. The rub is the star in this style as the pitmaster will sometimes in the dry cooking want the meats to cook for as long as possible without basting it with any sauce. The sauce is generally served on the side. Although pork with the dry rub is more prominent, you can also locate restaurants that will have the wet cooking of the meats as well as beef and other meats. Wet cooking involves basting the meats before, during and after the meats are done. Their BBQ sauces are typically thin and tangy. The Bar-B-Q shop is a popular dining spot in Memphis. 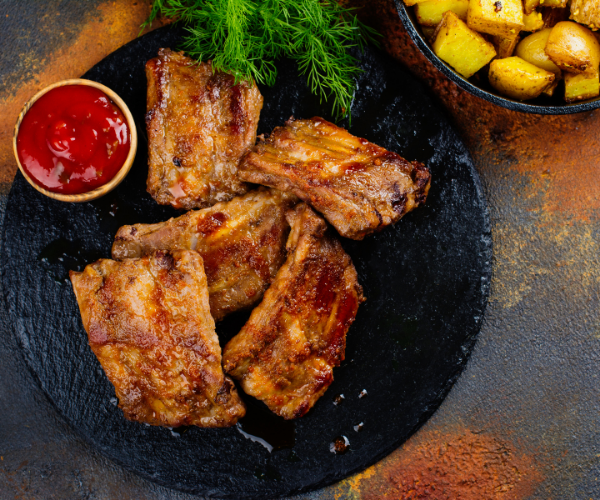 The Carolinas' BBQ is said to possibly be the oldest style of American BBQ. Its meats are typically pork but what is unique here is the meats are mopped with a spice and vinegar mixture during smoking. Carolina sauces contain very little sugar ultimately resulting in a more tangy or sour taste. Carolinas are also known for using the whole hog cooking method. This is when the pig is roasted over a open flame whole and cooked through. This can be quite demanding and time consuming but if done right its results are said to be astounding. This is not a fancy way to eat, but a time for fellowship and community while enjoying great food. People typically enjoy visiting restaurants like Sam Jones for BBQ while visiting this region. 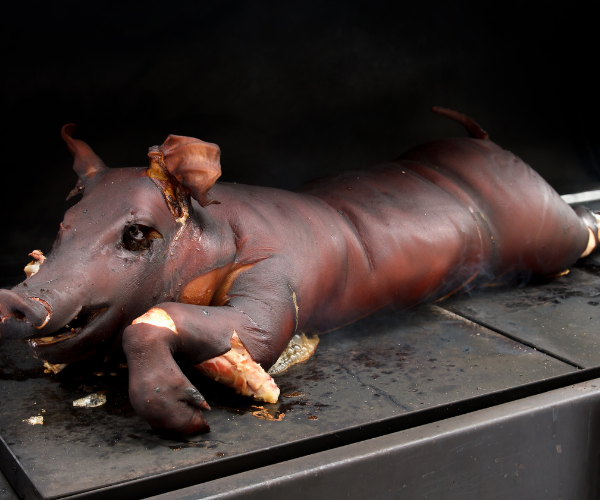 Texas BBQ has four different flares when concerning BBQ. Southern Texas is focused on Barbacoa, Eastern Texas focuses on quite a bit of chopped meats, and Western Texas does open pit-style cooking. People in Central Texas cook their meats for twelve hours over oak and smoky woods. This is generally eaten with bread and sauce on the side. Texas style sauce, is thinned with meat drippings and thin but hearty. The sauce is typically spicy and sweet. Some sauces could occasionally use vegetables to produce it. Franklins BBQ and Bodacious BBQ are a couple of popular restaurants here. 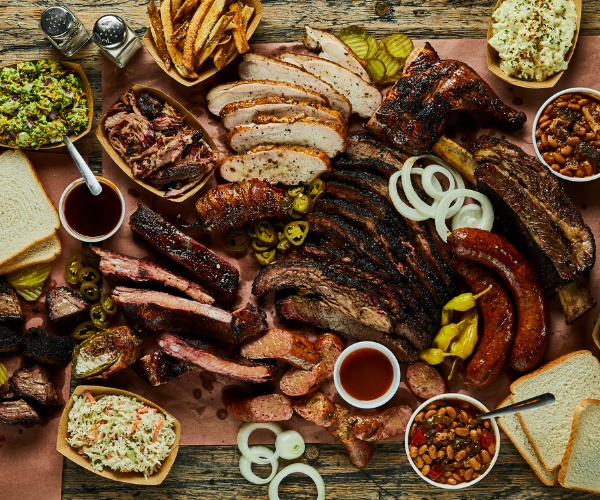 Whatever your family may be into, it doesn’t matter as long as the food shared is made with love and joy. This summer, which region's barbeque are you open to exploring outside of your norm? If you aren’t familiar with BBQ and aren't sure where to begin, join us for Southern BBQ Styles Made Easy on the Patio on Saturday, July 9 at 10am at Lincoln Square.  In this hands-on class, we’ll teach you how to get seriously delicious BBQ flavors by pairing regional sauces with quick cooking grilling techniques. By utilizing charcoal, smoking chips, marinades, spices, and indirect and direct heat, you’ll learn how to take your next backyard BBQ to new levels. You'll make: