I love, love, LOVE Pinterest! If you’re anything like me, you probably spend several hours a week on the site looking up new recipes to try. You may be searching for a recipe for a quick and healthy dinner, ideas for appetizers to serve at your next party or a great cookie recipe. I joined Pinterest a little over a year ago, and I must admit I’ve tried plenty of recipes I've found there.

My husband is Russian and Ukrainian so for his 25th birthday I wanted to make him a feast that was reminiscent of his childhood. I went on Pinterest and searched for "Russian Food" and "Traditional Ukrainian Food." I saw so many options! I decided to make Borsht, Potato Pampushki with Cheese filling, Cheburreki, Lazy Varenniki and Pirozhky. He loved every bite he took, and his mother was so pleased that I was able to make those dishes for her son. 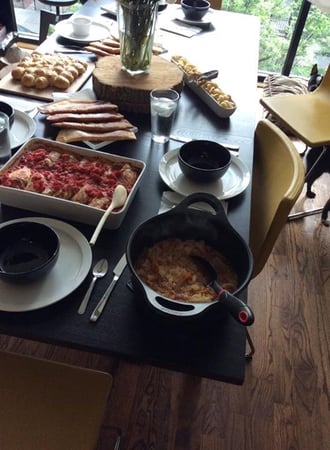 I’ve also turned to Pinterest for inspiration for my friend’s birthday cakes. I made a “candy” cake which was decorated in several different kinds of candy. The inside was a Caramel Mud Cake and a Chocolate Mud cake. 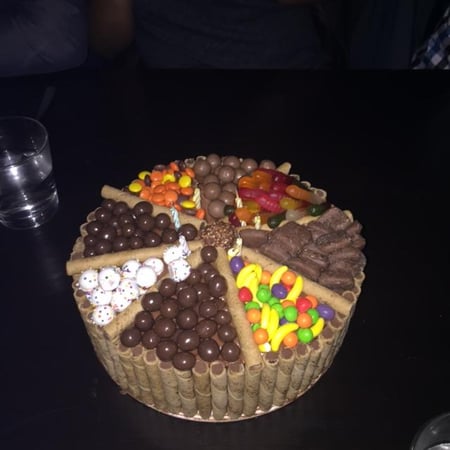 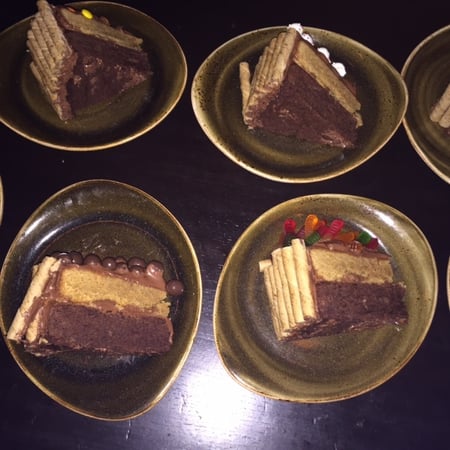 I also made a Gummy Bear flavored and decorated cake for another friend’s birthday. Needless to say, Pinterest is my go-to site for unusual recipe inspiration. 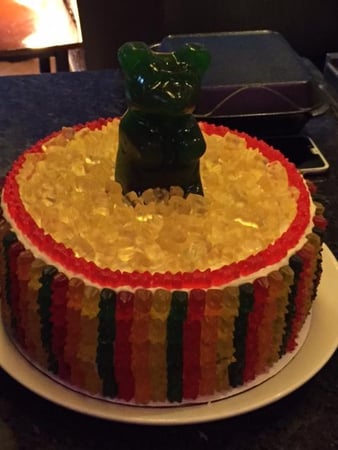 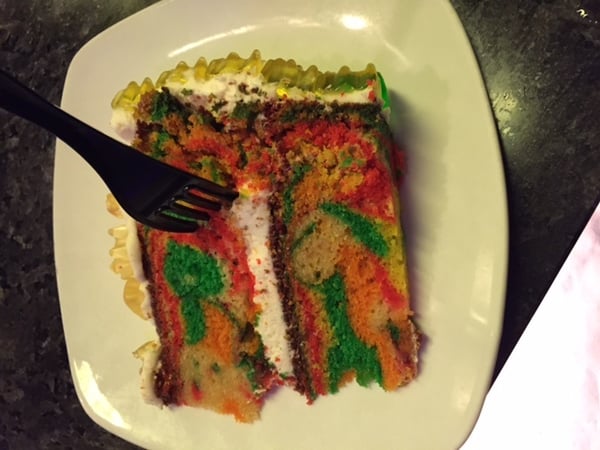 I was talking to a friend a few weeks ago about some Pound Cake Cookies she had tasted. She told me they were very good, and I should try to make them. So, I went to Pinterest for recipes. I saw a couple of recipes, but I wasn’t sure about trying them. That's mainly because I have a wonderful Pound Cake recipe already, so I thought; why not just turn my recipe into cookies? I measured out all of the ingredients for the recipe. I made the batter and put it in the refrigerator to chill for a bit. I baked off one cookie as an experiment. But when I took the cookie out of the oven, it was flat. The cookie had great flavor, but the texture was flat. I realized then I wouldn’t be able to transport the cookies without having them break into pieces. But I didn’t want to add anything else to the batter because I didn’t want to mess with the flavor. So, I ended up turning the batter into many loafs and mini Bundt Pound Cakes. I went back to Pinterest and came across Kentucky Butter Cake Cookies from Cookies and Cups. She has a great recipe for Kentucky Butter Cake, so I figured her cookie recipe would be good as well. I was right! 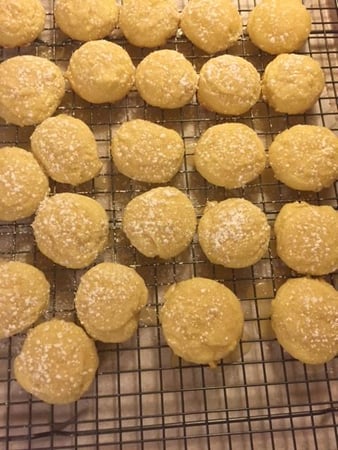 I know that every recipe doesn’t come out the way it looks on Pinterest. I often have to remind myself that most of these bloggers do this for a living, and they probably make these recipes several times before they come out picture perfect. Most of the recipes I try from Pinterest are baking recipes. I’ve noticed that I am successful with Pinterest recipes because I read the recipes completely and make sure they make sense before I attempt them. I also mise en place all of my ingredients before I start.

Don’t be afraid if the recipe doesn’t come out great the first time. Cooking is about experimentation!

One of the things I love most about the recipes we use in The Chopping Block's cooking classes is that they have been tested by our chefs again and again (we've been cooking some as long as we have been in business, which is almost 20 years!). So when I'm using a recipe from a class I've recently attended such as Piece of Cake (there are openings in tomorrow's hands-on cake-making and decorating class at the Mart), I know I can count on this recipe and avoid any #pinterestfails.