Caring for your Cast Iron 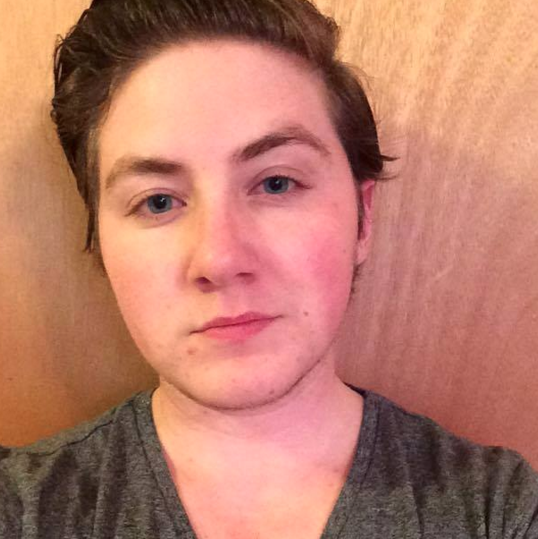 Caring for cast iron can seem daunting. There are a lot of myths and misconceptions about seasoning and cleaning cast iron, but I hope to clear those up with a few simple tips. Cast iron skillets and grill pans are great additions to a home kitchen, so there’s no reason to be intimidated. 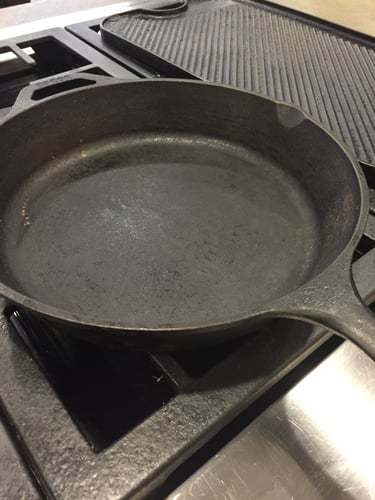 When we talk about cast iron, “seasoning” refers to a layer of oil or fat coating that builds up on your pan over time, creating a natural non-stick surface. Seasoning a pan is one of the most intimidating parts of owning cast iron cookware: there are a lot of stories of family heirlooms that have been collecting seasoning for years! You’ll learn how to season your pan later in this post, but if you’re worried about getting it started, you can always buy a pan that comes pre-seasoned. All of our Lodge cast iron skillets are pre-seasoned, meaning that they’re ready to use as soon as you get them home.

2. You can use soap to clean them.

One of the misconceptions about cast iron is that you can’t use soap for routine cleaning. While you always want to be careful to preserve your built up seasoning, sometimes you’re going to need a little more than hard scrubbing to take off caked-on food. Take eggs for example. Even if your skillet’s seasoning renders it mostly non-stick, some of the eggs are always going to be left behind. A little soap on a sponge will help you take all of that off. If you’re ever worried about having over-soaped your pan, you can always re-season it. Here’s a skillet after being soaped and scrubbed: all that’s left to do is dry it off. 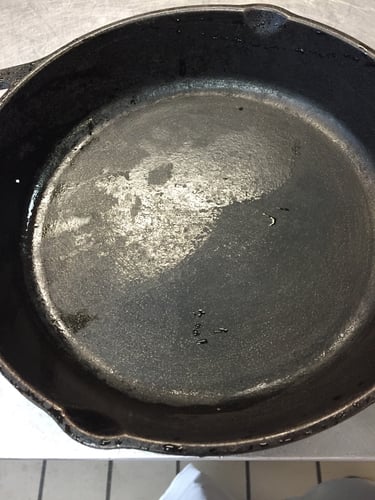 3. Get creative with your cleaning.

If you’d rather not use soap, there are plenty of other ways to clean your skillets and grill pads. Invest in a grill brush and scrape away any food that’s left behind. At The Chopping Block, we often throw cast iron pans on the range for a bit to let some of the food debris burn off, much like a self cleaning oven. Just make sure your kitchen is well ventilated!

4. Always dry off your pan before storage.

This step is extremely important. Cast iron will quickly rust if you put it away wet. Make sure to give it a good pass with a towel before putting it back in the cupboard, or leave it on a drying rack overnight. 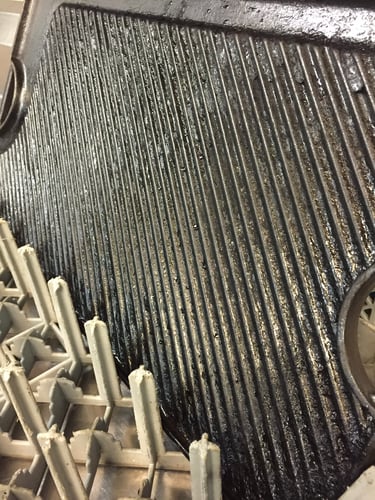 5. Season and re-season your pan as needed.

While a cast iron skillet with 50-year-old seasoning makes for a cool story, there’s no need to worry about breaking your streak or ruining your pan. If you see a little rust, or start to worry that your seasoning isn’t as non-stick as you’d like, go ahead and season it again. To start, preheat your oven to 325 degrees. Then rub all of the cooking surfaces of your pan with a thin coat of vegetable oil. Place a drip tray or some foil in the bottom of your oven to catch falling oil, then place the pan in the oven cooking-side down. Let it bake for an hour, then remove carefully. Your pan will be re-seasoned and ready to go!

Hopefully these tips cleared up some of your questions about cast iron. It’s not nearly as difficult to care for as it might seem!

Have you tried baking in your cast iron skillet? We make some pretty famous Apple Pie and Blueberry Lattice Pie in cast iron skillets. Want to improve your pie-making skills? Join us for All-American Pie Workshopat Lincoln Square on Saturday, August 27 at 10am. Pie & Tart Boot Camp is also coming up in September and October so be sure to grab your spot now!