Did you think using vinegar to make pickles was the only way to do so? Think again as we traverse down an alternative method that provides results that have more flavor and better texture than traditional marination or seasoning.

In a small recap of my last post A New Way to Pickle, we covered what Koji was (a mold inoculated grain), where it is thought to originate from (Japan), and what it’s used in (soy sauce, miso, sake, etc.). We also discussed the main reason why we use Koji, for its ability to impart immense umami flavor notes into foods and round out beverages with sweetness. 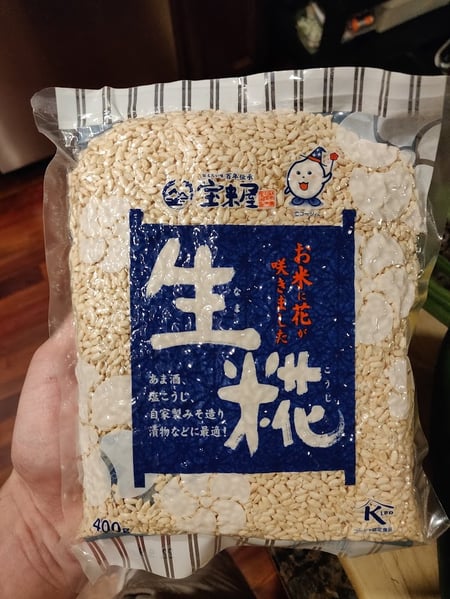 Last month, we discussed how to make pickles where we put liquid into the vegetables, this month we are going in the opposite direction in which we are looking to remove some water from protein. This month, we will be applying Koji to the exterior of a filet mignon to speed up the dry aging process while also concentrating the flavor in the protein through dehydration. If you are a vegetarian, worry not because this same process can be done with vegetables such as carrots, beets and more.

With the knowledge of what Koji can provide us, we can apply that to any food that’s put in front of us and create wondrous products. The method used below is a dry Koji rub, this is important to note because you can also utilize the Koji in a wet rub format. Simply add water to the ground Koji and leave it out for one week, stirring daily, to create a product called Shio Koji. Much like regular Koji, Shio Koji has all the wondrous things we previously mentioned but it happens faster. This is because the Shio Koji is mixed with water which increases it surface contact with whatever you are using it in. The Shio Koji is also pre-fermented (activated) meaning it will work its enzymatic wizardry much faster. Making Shio Koji is not a requirement, but it will give you a better result in most cases. I’ve opted to go with a dry rub in this case though as I wanted the protein to become drier than marinated, mincing a dry-aged pieced of meat more closely.

So to get started, let us grind the Koji in a blender until it is a powder. Allow for the dust to settle just so it doesn’t get all over the kitchen. 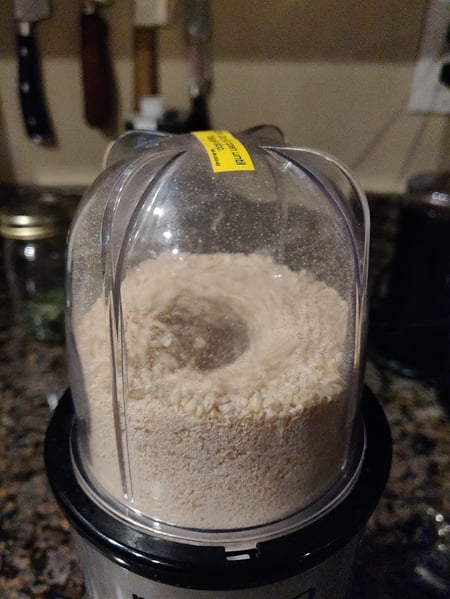 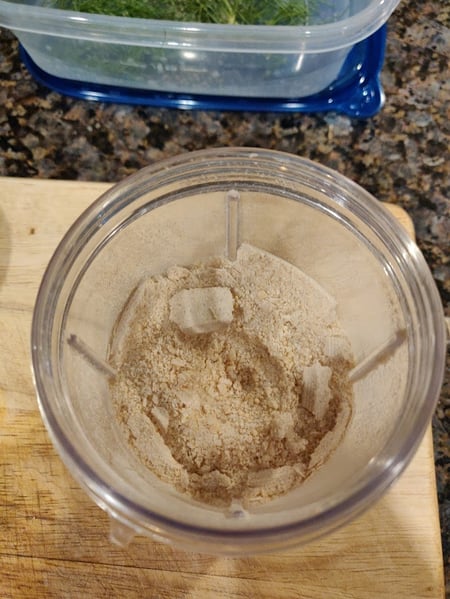 Then we will take our filet mignon which has been patted dry and coat the outside of it with the Koji powder. Once the filet is thoroughly coated, set it on a wire rack and allow to dry for one to three days (depending on how thick the meat is) in the fridge before cooking. I find allowing it to dry for two days with just the powder on it does wonders while providing it with just a hint of dry-aged umami without being overpowering. 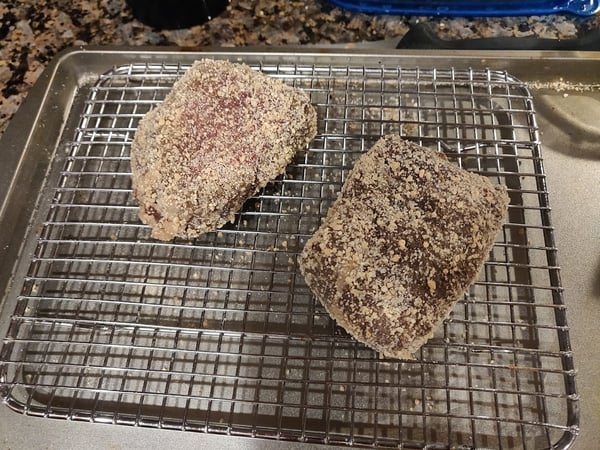 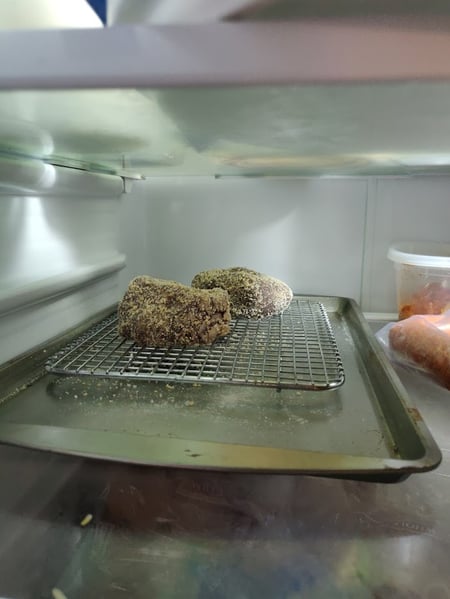 Now that it’s been two days, we can take the filets out of the fridge, and you’ll notice that the surface has dried a bit and the protein has become slightly denser. This is exactly what we are looking for! At this point, you can rinse off the Koji if you want, but I find it adds a slightly saltier and dynamic flavor to the meat. An additional benefit to rinsing it off is that it will help to avoid burning the Koji while cooking the meat. I’ve chosen to rinse mine since I was looking for a hard sear. This is optional though, and cooking it as is won’t hurt you, I just recommend a little oil in the pan before searing. 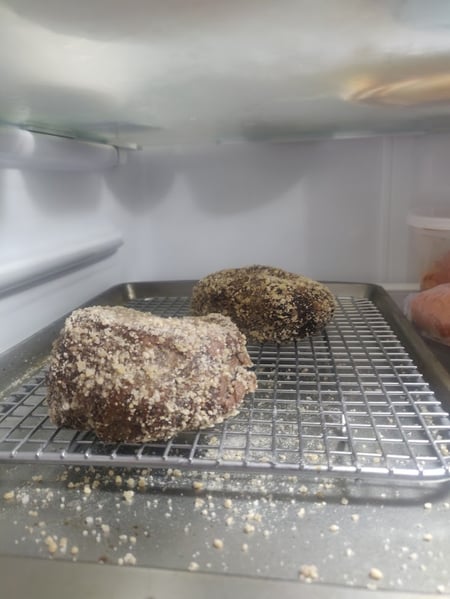 Just like any other meat, we want to sear each side for about 2-4 minutes before flipping to get that perfect medium rare. If you want to find more information about cooking meat, don't miss The Chopping Block's Hands-On Steakhouse DIY class on Saturday, October 8 at 6pm at Lincoln Square to become an expert in meat cookery. 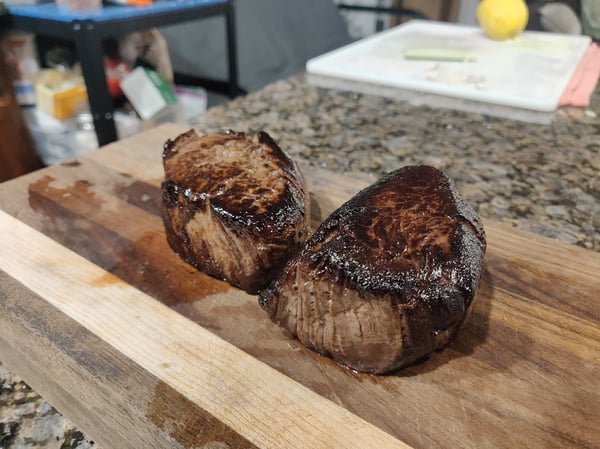 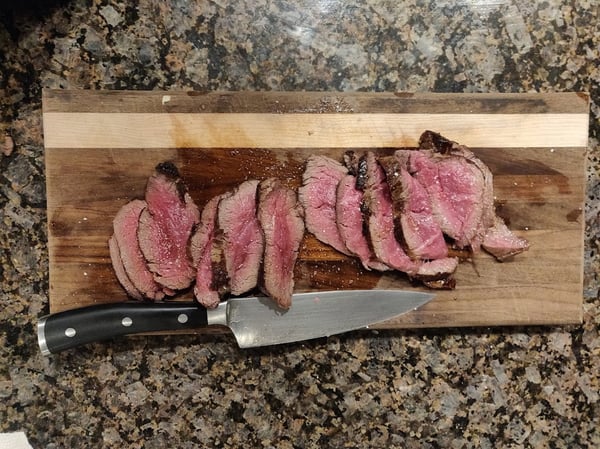 Allow the meat to rest for 3-4 minutes before slicing, and you’ll have the best steak you’ve ever had with the use of only one ingredient. Pair this with some roasted vegetables and rice or just eat it as is. This recipe is really just a guide for how you can utilize the Koji and apply it to other foods to create something that maybe no one has made before. Keep experimenting, keep exploring, keep discovering the unknown. If all goes wrong, worry not, because sometimes our worst-tasting food provides us with the most impactful learning experiences.