Non-Dairy Milks: Which One Should I Use for Cooking? 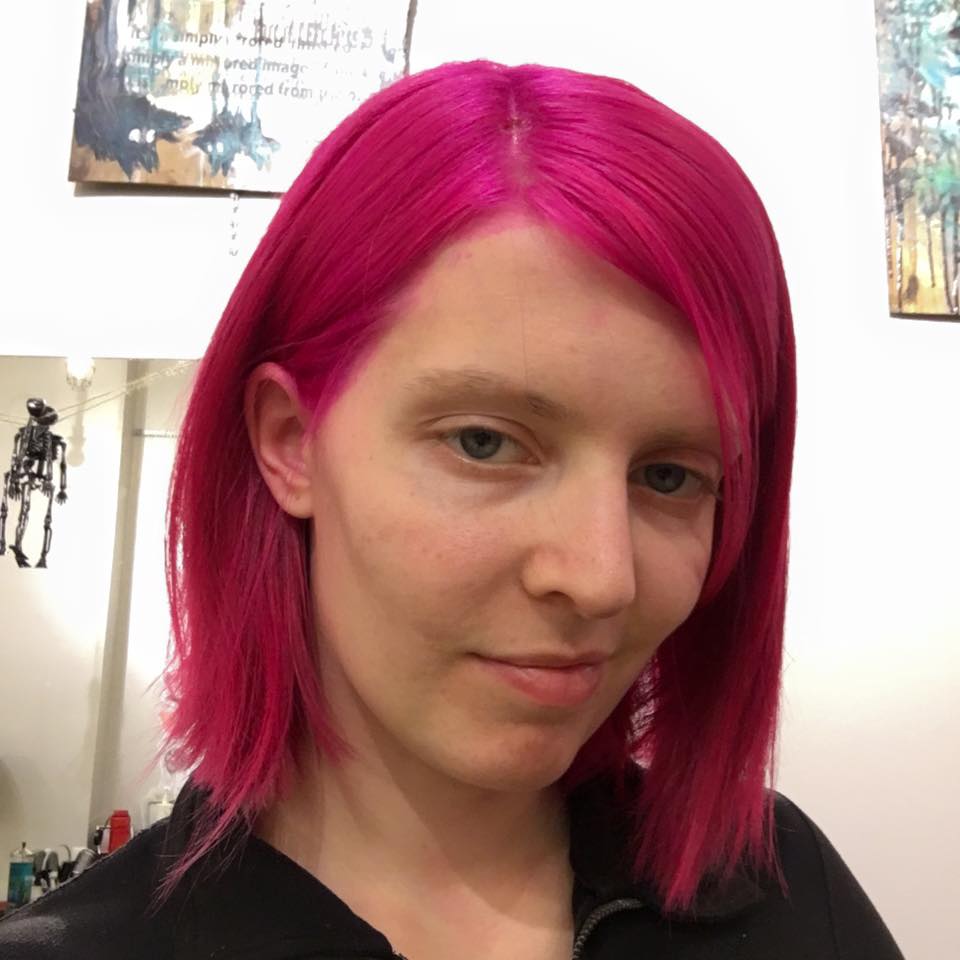 Whether you are vegan, lactose intolerant, or just trying to cut back on dairy, there are so many great non-dairy choices out there. Soy, rice, almond, coconut, hemp, hazelnut, cashew, oat, the list continues to grow. Compared to cow’s milk, non-dairy milks have significantly less saturated fat, no cholesterol, and are much easier to digest. With all the options out there (all of which are great for drinking straight out of the glass with some cookies), it’s sometimes hard to know which kind to use when cooking. I’ve been vegan for 10 years now, and here is what I have found works best for the types of dishes I like to cook. 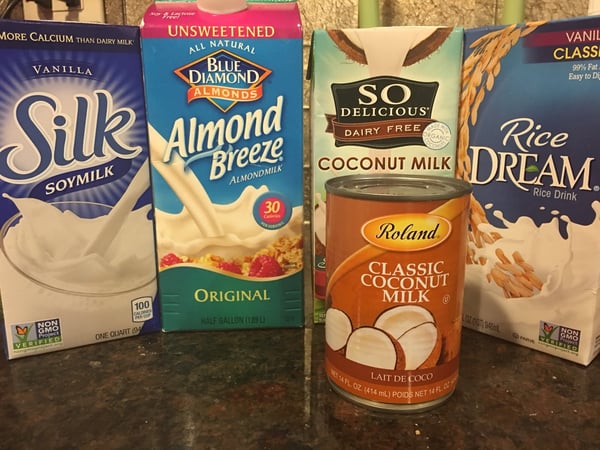 Soy milk has about 3-4 grams of unsaturated fat per serving, depending on the brand you purchase.  Out of all non-dairy milks out there, soy milk has the most protein, about5-7 grams per serving. Due to its higher protein content, I have found to make soymilk the best for baking, as protein is vital for better structure in doughs and batters. I will even put in 1 tbsp of apple cider vinegar with each cup of soy milk I use for baking cakes and muffins, which mirrors buttermilk. This will increase the leavening and make your baked goods more tender. Due to its higher protein content, soy milk works the best for this.

Nut milks, such as almond and cashew, are high in calcium, vitamin E, and tend to have the lowest calorie content of non-dairy milks. Their neutral flavor and creamy white color make them perfect for sauces. When making a bechamel, an alfredo, or adding a “dairy” base to soup, almond and cashew milk work best for this because their neutral flavor remains neutral when heated and cooked. I prefer not to use soy milk for sauces, because I have found that when cooked on a stovetop, soy milk gets this overly “beany” taste that can be cloyingly sweet and overpowering.

Most nut milks only have about 1 gram of protein per serving, so unless a recipe calls for nut milk specifically, I prefer to not use them when it comes to baking.

Coconut milk in a can has a very high fat content, about 50 grams the whole can! However, this is great to use for rich dishes, like puddings and chowders. It can even whip in a mixer to make a coconut whipped cream.

Rice milk is a hypoallergenic milk, so it is a great option out there for people with multiple food allergies. It has about 1-2 grams of fat, but only 1 gram of protein. It is much thinner than all other dairy milks, so most people don’t know what to do with it when they come across it. While I will admit that it is not one of my go-to milks because of how thin it is, I do love it for rice pudding, as it compliments rice pudding the best (I mean come on, it’s rice!). I also love to use it for glazes. If I am making a lemon glaze for cakes or donuts, and I have rice milk on hand, I will use it because it gives a nice glossy sheen to the glaze.

With so many great plant-based milk options, it can make non-dairy cooking and baking so much easier. If you have a recipe that calls for cow’s milk, don’t be afraid to experiment with a non-dairy substitute and see what works best for you.

For more information on vegan substitutions, The Chopping Block is offering a Vegan Voyage cooking class at Lincoln Square in January.