Our cooking challenge for our private Facebook group's #tcbcookingclub this week is tacos. It couldn't have come at a better time for many reasons: 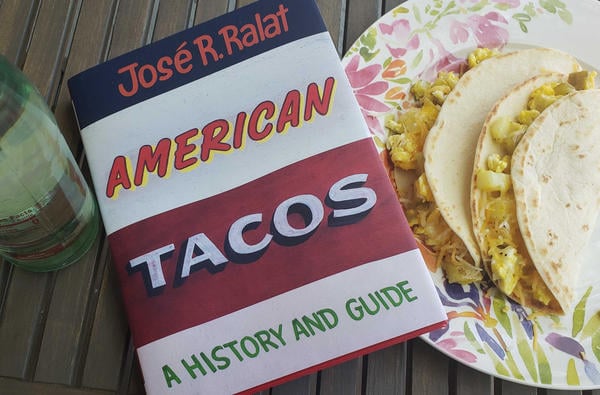 José R. Ralat is taco editor of Texas Monthly. Talk about job envy! He's spent years eating and studying tacos in the Lone Star state and records his adventures in his just-released book American Tacos: A History and Guide. In the book, Ralat uses eight categories to describe the types of tacos found in America. Those include:

In an interview with the Chicago Tribune, he says that it's unfortunate that Chicago often gets overlooked in discussions of the best tacos in the country. In the book, he writes that “Chicago is no second-class taco city." He highlights Chicago restaurants Carnitas Uruapan, Birrieria Zaragoza, Antique Taco, Canton Regio Mexican Steakhouse, Big Star, Mi Tocaya Antojeria, Cafe Tola #2 and Amanecer Taco Shop in Evanston.

I was especially pleased to see Antique Taco on this list because it's personally one of my favorite places to get tacos in Chicago. Chef Rick Ortiz, who happens to be a TCB alum and former chef instructor, and his wife Ashley have created a restaurant on the list of the 50 best tacos in America. Right now, Antique Taco in Bridgeport and Chiquito are temporarily closed due to the Coronavirus crisis, but the Wicker Park location is currently accepting delivery and curbside pick-up orders. You can even pre-order taco party kits and margaritas for Cinco de Mayo!

Another great way to celebrate Cinco de Mayo next Tuesday is our second virtual Taco Tuesday demonstration with Chef Sara Salzinski. You'll learn how to make Chips and Guacamole and Roasted Salmon Tacos with Sweet Corn and Cilantro Salsa. Join us on Tuesday, May 5 at 12pm CST to get familiar with Mexican ingredients and cooking methods.

Here's just one technique students learned during Sara's Taco Tuesday demonstration yesterday. She used a poblano pepper for the taco filling, but you can apply this pepper roasting technique to any kind of pepper: red, bell, jalapeno, etc.

If you can't wait until next Tuesday for more taco inspiration, here are some taco recipes to keep you busy:

If you're feeling ambitious in the kitchen (and who isn't these days?), make your own flour tortillas with this recipe. Whatever kind of tacos you end up making this week, share them in our private Facebook group and get more taco inspiration from other home cooks.