This isn't your Childhood Salisbury Steak 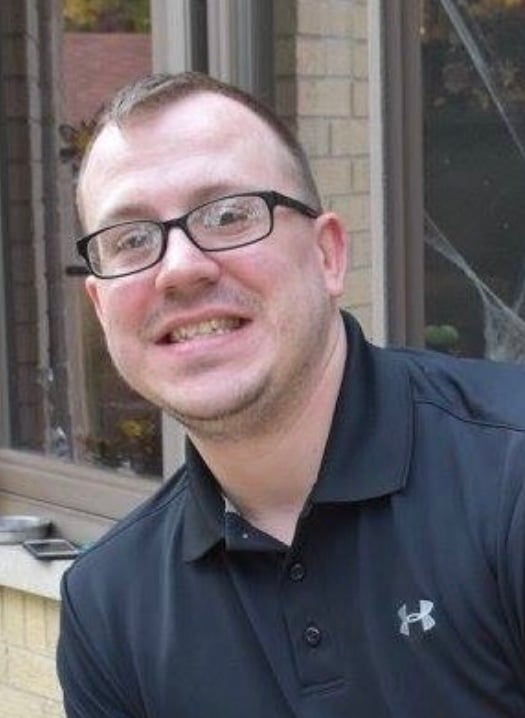 A lot of foods evoke a certain level of nostalgia in me. Dishes that you had as a kid that maybe your mom or your grandmother made can transport you back to that time and place with just a simple smell or taste. Spaghetti always makes me think of my grandma, chicken soup always makes me think of my mom, and because my dad constantly makes pizza I always think of him every time I have it.

There are also dishes that remind you of how just bad they are when you have them as an adult such as boxed macaroni and cheese, frozen pizzas and canned chili. Most of us enjoyed these foods as children but maybe not so much now that we are adults. Another one of those dishes for me is Salisbury steak. 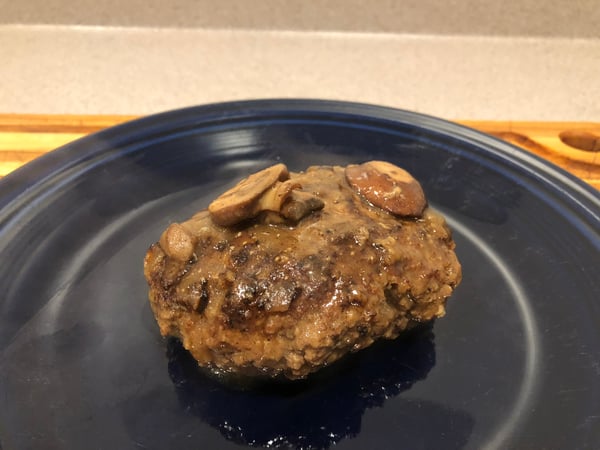 Salisbury steak is one of those dishes that has a bad reputation because of how poorly it is usually made. Salisbury steak makes us think back to those awful school lunches during which a greasy patty covered in an overly salty, fatty gravy is opened out of a plastic-sealed package much to the dismay of young children. The ready-made packages that are widely available in the freezer section are really not any better. It’s unfortunate that a dish with such great potential is sullied by a lifetime of poor preparations and bad childhood memories.

You might be surprised to know that Salisbury steak is a dish that came to be as a form of health food. The thought of a patty made of ground beef and covered in gravy as health-food in this day and age is almost laughable. However, a doctor named James Salisbury invented Salisbury steak as part of the “Salisbury Diet.” The Salisbury Diet is widely viewed as one of the very first fad diets. Dr. Salisbury believed that vegetables and starchy foods produced poisonous substances in the digestive system which were responsible for heart disease, tumors, mental illness, and tuberculosis. In 1888 Salisbury introduced the Salisbury steak as the cornerstone of his diet as he believed that people were meat eaters by nature and should limit the amount of fruits and vegetables they eat to 1/3 of their total diet. Salisbury steak came to prominence in the early 1900’s when English-speaking countries began avoiding food items with German-sounding names such as “hamburger.”

If properly made using a few simple techniques we can reclaim dishes like Salisbury steak from the bad memory file and restore them to their proper glory.

By following these few tips and giving this classic dish the respect it deserves, we can make sure the next generation of kids doesn’t have to suffer through it the way we did.

If you’re interested in more comfort food classics, check out The Chopping Block's Cast Iron and Crock Pot Cookery demonstration class at our Lincoln Square location on Sunday, December 1 at 11am.

2 pounds ground beef (I prefer to use ground chuck)

2. Saute the onion until softened and just beginning to caramelize about 8 to 10 minutes.

3. Add the garlic and saute an additional 1 minute. Remove from the heat and let mixture cool completely.

4. In a large mixing bowl, combine ground beef, cooled onion-garlic mixture, mustard, soy sauce, Worcestershire sauce, eggs, Panko, and black pepper. Mix gently with your hands being careful not to overmix as this will lead to tough patties.

5. Shape the ground beef mixture into 8 oz. patties and set aside. 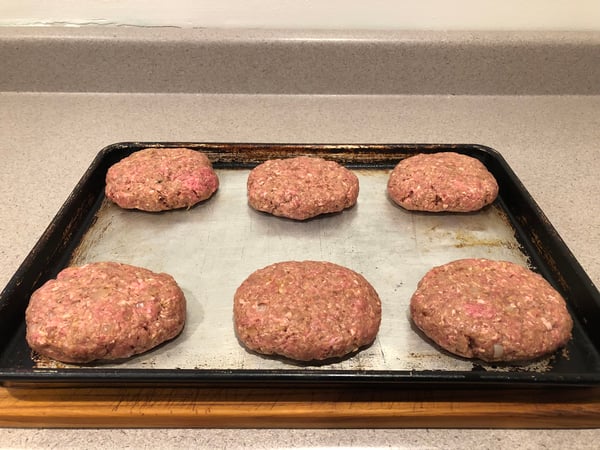 6. Using the same pot, brown the patties on both sides until well-browned for about 3 to 5 minutes on each side and remove from the pan. Drain the fat, reserving 1 Tablespoon in the pan. 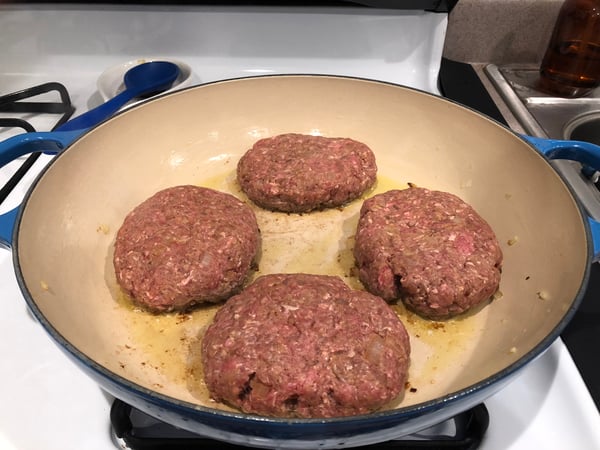 7. To begin the gravy saute the sliced onions and mushrooms in the reserved beef fat until well caramelized, about 8 to 10 minutes. 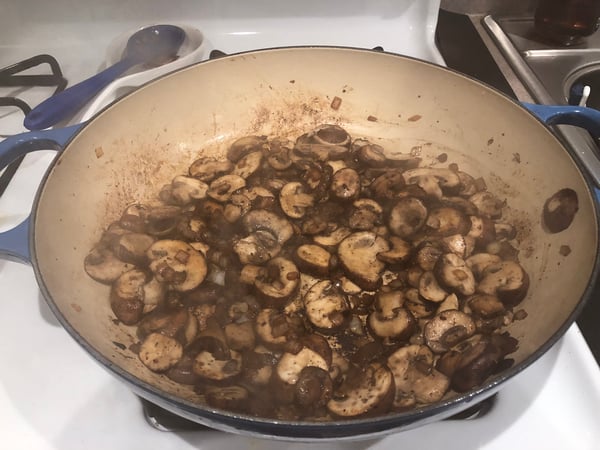 8. Add the flour and cook an additional 2 to 3 minutes. 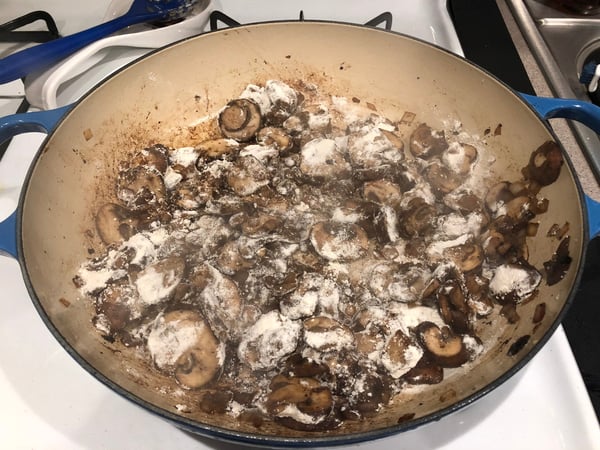 9. Slowly stir in the beef stock and cook at a simmer until the gravy has thickened. 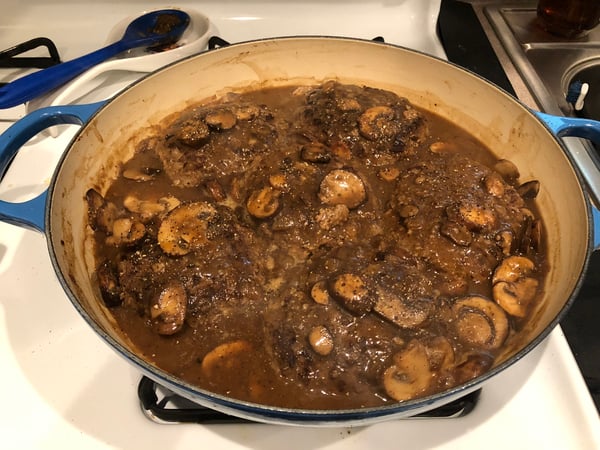 10. Return the patties the the pan and cook, covered until the patties are cooked through 25 to 30 minutes. 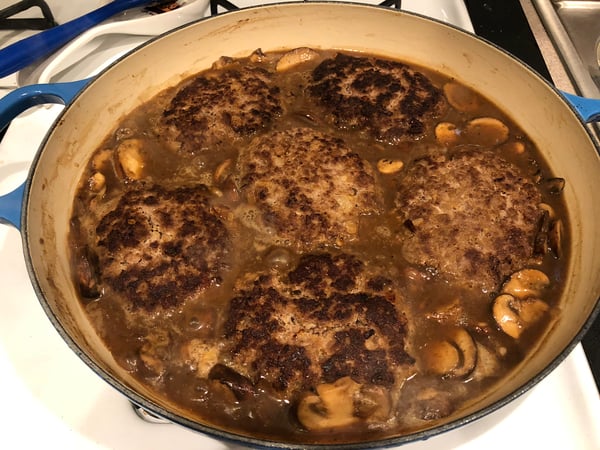 11. Serve with mashed potatoes and gravy. 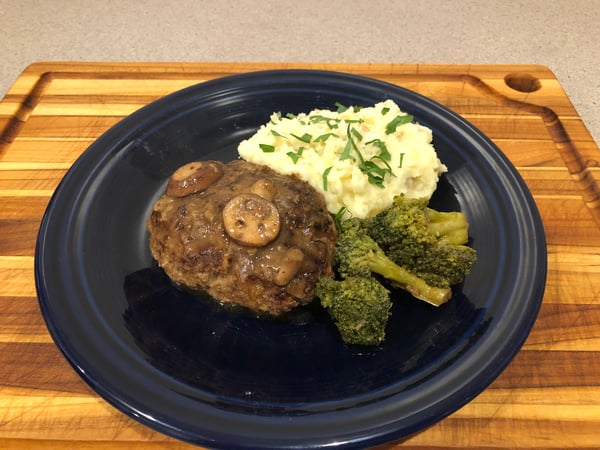 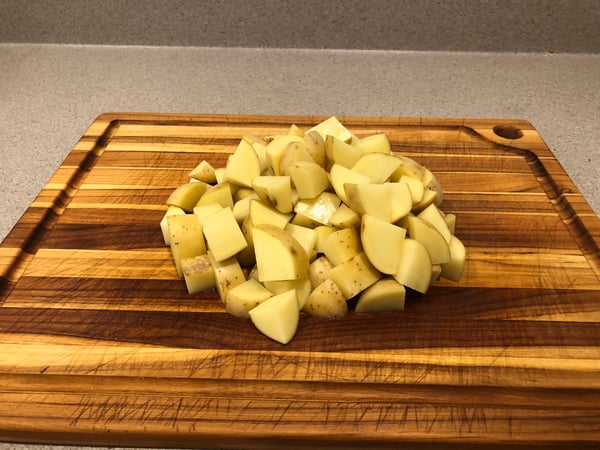 1. In a small saucepan, steep the herbs in the cream over low heat.

2. In a large pot, cover the potatoes with cold water and add 1/4 cup salt. 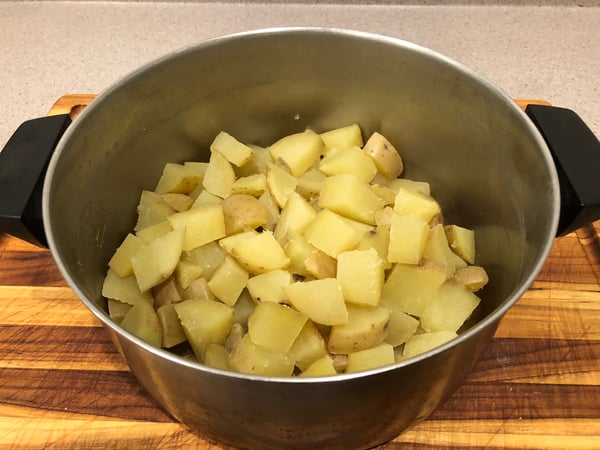 4. Using a potato masher, mash the potatoes with the butter until smooth.

5. Strain the cream into the potatoes and stir to combine. Season with salt and pepper to taste. 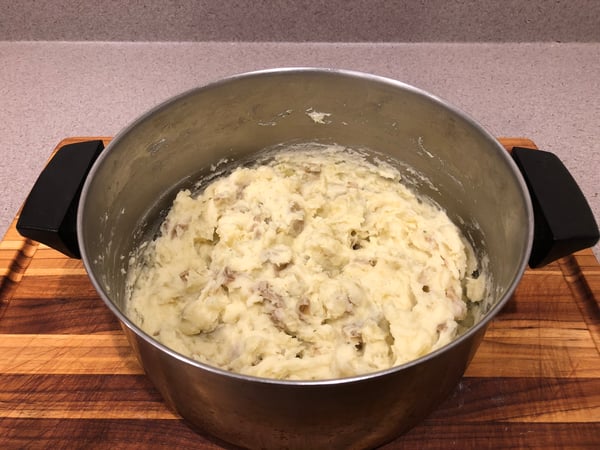