Why I Hate the Number 220 and Other Brittle Misadventures 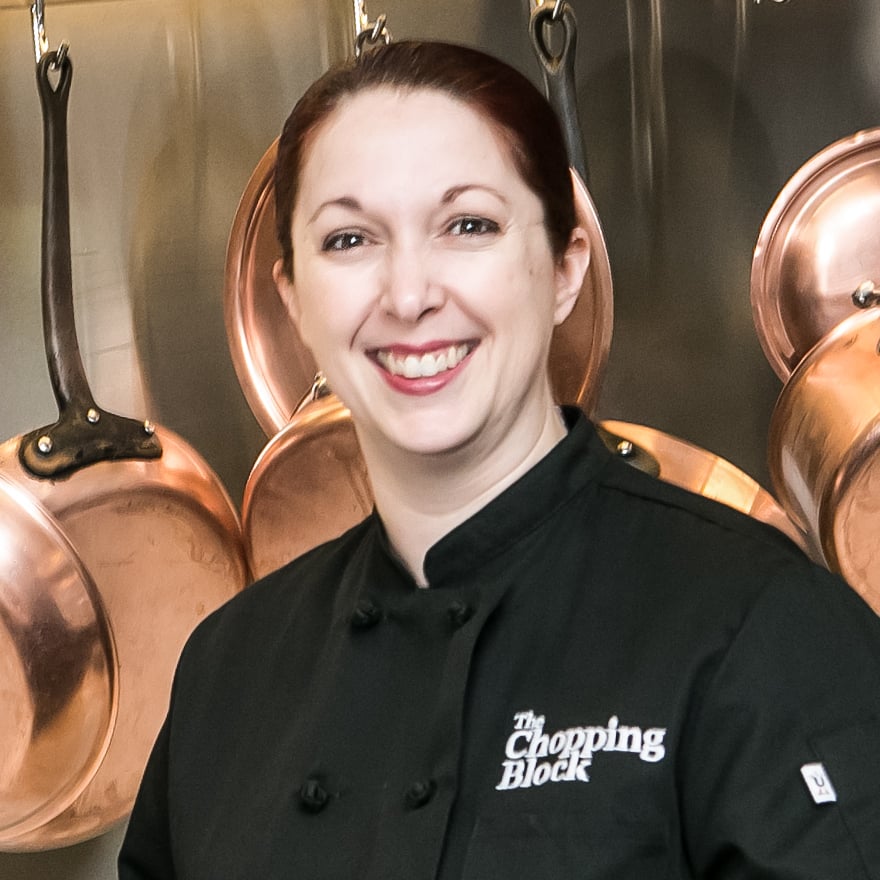 Christmas may be over, but that doesn't mean the holiday cookies, candies, and all other sorts of sweets has to end. During this time of year, I make brittle. A lot of it.

It all started when I was a teenager and my mother got a recipe for microwave peanut brittle that she just couldn’t make work. It had no temps or anything, just times. I played with it and played with it until I could make it work (I had no idea what I was doing - it was just trial and error). Because I was the only one who could do it, the task of making brittle started falling to me every year.

But then it got out of control. I was doing 7-10 batches a year, and they could only be done one at a time in the microwave. In the meantime, I had managed to go to culinary school and pick up a trick or two about working with sugar. So I transferred my annual project to the stove. And I failed. A few times. But after many trials and errors again, I finally got it right.

Now I only do one large batch a year. I knew, on an intellectual level, that sugar likes to stick at 220 degrees for a small amount of time before it rockets up to burned if you aren’t watching it like a hawk. But what I didn’t realize was just how long it sticks at 220 when you are looking at a huge pot. So I sit and stare. And stare some more. Because the absolute second you walk away, you know it is going to burn.

I learned to improve my patience and had the brittle down to a science again. And then I moved. Now I was dealing with different humidity levels and elevation. My frustration came back until I figured out that I needed to cook the sugar just a bit more. All was right with the world again. Until I moved again. And again. I had to remaster this goofy candy that I was tasked with each year every time. If it’s very humid, you have to cook the sugar up to 12 degrees more (my current state of Florida requires this one). Elevation will count for about 2-5 degrees. And so on and so forth. But I have at least learned tricks to avoid multiple ruined batches. I have learned to do a small test sugar before adding everything else to make sure that in the new environment it will indeed crack and not just be a soft, sticky mess. 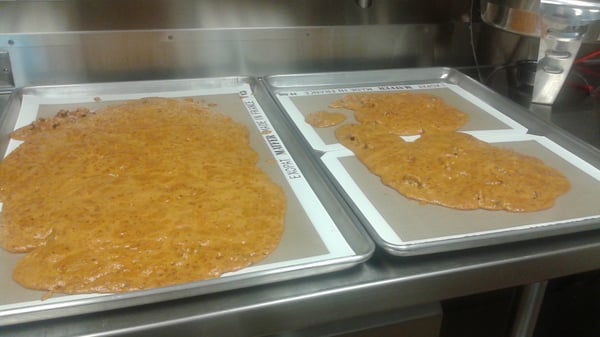 I have learned other tricks too:

So for you in Chicago, I’ve decided to save you the trouble of trial and error and just give you the recipe, made for your elevation:

1 cup nuts of your choice, toasted

1 tsp vanilla (extract or paste, depending on what you’re going for)

Combine sugar, corn syrup and enough water just to dampen over medium flame. Cook sugar until it reaches 307 degrees Fahrenheit on a candy thermometer (in other elevations/humidity levels outside of Chicago, this needs to be adjusted). Stir in nuts, vanilla, butter and salt until butter is dissolved. Add baking soda, stir until mixed and immediately dump onto silpat-lined sheet tray. Do not spread, or you will deflate the brittle. You may tilt the sheet tray to spread out a bit, but if you touch the brittle it will deflate. Allow to cool. Break into pieces and serve.

Want more tips for baked goods? Don't miss The Chopping Block's Baking 101 class coming up in January at Lincoln Square. You'll learn how to work with chocolate and make struesel, among many other delicious treats.