I joined the team at The Chopping Block two years ago, and the change of career trajectory was very apparent right from the start. After working almost 20 years in some of the hardest, and not so hard, kitchens in one of the greatest food havens in all of North America, teaching Steakhouse DIY for home cooks was a breath of much-needed fresh air.

My Friday and Saturday nights were now spent showing home cooks or future culinary crusaders the basics of cooking a steak or stuffing a twice-baked potato. I had traded in trying to read every order shooting out of the non-stop ticket machine on a busy weekend, hoping there were no weird requests I would have to scream out to the grizzled grill cook in return for an evil glare. The classroom kitchens of TCB were my new playgrounds, and I quickly adapted. Teaching fundamentals I had learned ages ago in the basement kitchens of the old Cooking and Hospitality Institute brought me a joy in cooking that was lost a year or so before joining The Chopping Block. It felt good to cook again! I wanted to be at work all of the time, and feeling a comradery amongst other chefs who had traveled the same roads I had, and receiving recognition of my skills amongst my peers felt amazing. My mood improved, my mental health was off the charts good, and my wife saw a huge change in my demeanor. To say I felt on top of the world would be an understatement.

As society shut down, so did my beloved new home. Although the business pivoted to a new format of virtual cooking classes and events, in-person activities were suspended, and all chefs were furloughed. During my year in quarantine, I tried thinking of every side hustle possible for my next step to no avail. I was lost and just couldn't quite find my footing again. So I did what a lot of others did during the quarantine , I started cooking again. Everyday I started coming up with new things to cook and bake, trying to wow my wife with my repertoire of recipes acquired over the years. Trying to take less trips out in public also meant using lots of dry and canned goods and not so many fresh ingredients. Most chefs will tell you that not having access to fresh ingredients is no bueno. So I said out loud to myself what any enthusiastic chef with a lot of free time would say, “I’m growing my own food!”

I started going down the list of foods that could be feasibly grown with the room I had and with my limitations. As I ran down the list I also asked myself what do I like to not only eat but cook with? A bolt of lightning hit me and a smirk spread across my lips: mushrooms! 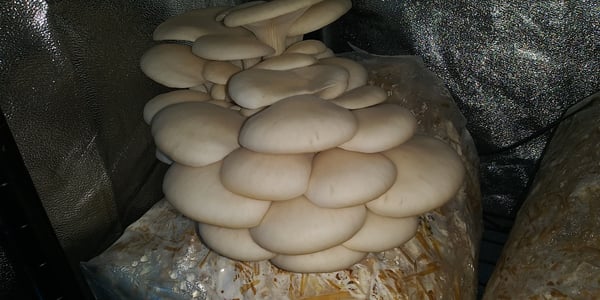 I love mushrooms, and they are a trigger smell that takes me back to my mom’s kitchen when I was five years old. So, for over a year, I read everything I could get my hands on on the subject of Mycology (the science of mushrooms). Let me tell you: it’s a lot harder than I envisioned. Learning new terms like mycellium and tomotose was the easy part; actually growing the mushrooms was a lot harder. As I started learning more and more and experimenting, I realized two things:

My hobby was now an obsession, and my spare room had now become a full on mushroom farm. I had achieved my goal. Not only was I growing enough for myself, but I had gotten to the point that I was growing enough to share with family and friends. 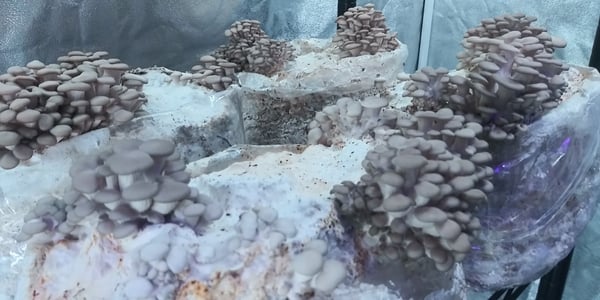 Soon after that, I was filling my entire fridge with mushroom for weeks. After many trials and tribulations fighting off fungus beetles, mushroom blotch and pretty much learning everything I could about mushroom cultivation, I felt proud enough of my mushrooms that I considered posting a picture to one of those mushroom farmers Facebook thingies. I was hoping that all of the veteran farmers would go easy on this mushroom hobbyist as I'm still new to the game and feel like I'm nowhere near the level needed to be considered a real mushroom grower.

A day after posting a couple pictures, I received a message from a mushroom farmer in Russia. The message simply said “ How did you get your Pearl mushrooms so big?” Wow, an actual mushroom farmer had not only commented on my mushrooms but was amazed by how I grew them. But as fast as my ego went up, it came crashing down a few weeks later when all of my mushrooms rotted in the bag. For the rest of the year, I toiled away in my lab learning and trying new techniques, building and cleaning until I achieved my desired results. During this time I realized something else - I was happy. I was growing something I love to eat, and I was good at it.

But what’s next? Well, fast forward to a year later and now I am the proud owner and operator of a small up and coming mushroom farm: The Frugal Fungi. What can I say, I like to eat mushrooms!

If you love mushrooms too, don't miss our Hands-On Pasta Workshop on Saturday, December 4 at 10:30am at Lincoln Square, and you'll make Spinach Fettuccine with Mushroom Cream Sauce and Toasted Hazelnuts and more.

If you want to learn how to make a fun holiday appetizer with mushrooms, don't miss a special virtual class for our private Facebook members coming up on Wednesday, December 8 at 6pm CST. Join the group and go to the Featured area to get the code that will allow you to register for the class at a 100% discount. 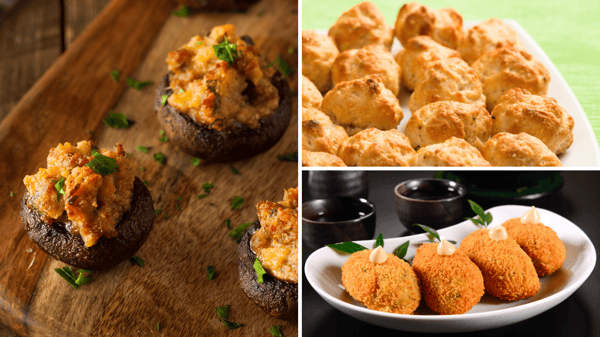 We also make Goat Cheese Stuffed Mushrooms with Crispy Serrano Ham in our Hands-On Spanish Tapas class, among many other great dishes. Let's cook some mushrooms together soon!