Amaro (or amari for plural) means "bitter" in Italian and the digestif definitely lives up to its name. It's a confusing category of alcohol because each amaro can be so different. By definition, amaro is a liqueur that includes alcohol, sugar and some bittering agent. Some are made with a neutral spirit base such as beet molasses, while others have a grappa base. Many use flowers or roots as the bittering agent, but some use bark, like wormwood. And when it comes to flavoring, there are countless blends incorporating as many as sixty different herbs, fruits, spices, citrus and other ingredients. The liqueur is sweetened and aged, sometimes for years and perhaps even in an barrel. Many are local and artisanal but there are also large brands that you have likely heard of, such as Fernet-Branca. 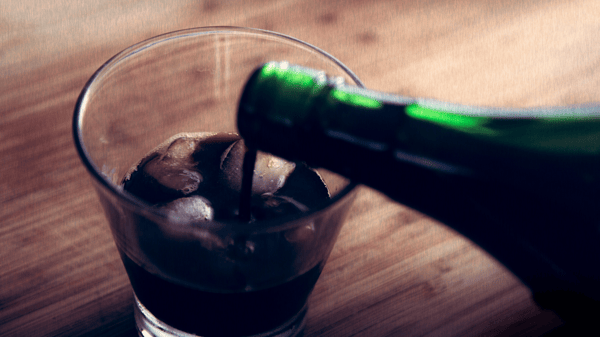 This herbalized spirit has origins that go as far back as Roman times. By the 19th century, many Italian families were producing amaro using herbs that were found in local habitats. Many aimed their recipes as medicinals, and later became common consumption as a digestif at the end of dinner. Fast forward to the mid-2000s where amaro started to be featured as an ingredient in cocktails. Now, you'd be hard pressed to find a cocktail menu without amaro on it, especially in Chicago.

You'll find amaro as a base in cocktails or served straight, maybe with ice like they drink it in Italy, where it was first sold as a health tonic in the 1800s. Jeremy Parzen who runs the Do Bianchi wine blog told Food & Wine, "It's fascinating that these Italian digestifs are now a thriving part of America's cocktail culture. A Neapolitan-American friend of mine, who's in his mid-fifties, fondly remembers how his mother used to serve him an espresso with Fernet Branca and an egg yolk every morning before he went off to elementary school."

So, why has this legendary spirit made such a popular appearance on cocktail menus in America? For that answer, I turned to The Chopping Block's Spirits Expert Christophe Bakunas who will be teaching a hands-on cocktail class focusing on amaro this Friday night.

"Amaro is an exploration of the old coming into the new as bartenders want to have different options to differentiate their cocktails. Italy is the birthplace of Amari liqueurs (though there are plenty of other countries that make them now) but amaro was considered a grandfather's drink there. The younger generation of American bartenders are looking at amari as a new way to create interesting drinks. They are demanding classical amari from Italy and France so they are once again popular. We are supporting an industry that would have likely died off on its own," said Christophe. "It gives me a lot of confidence and passion that the younger generation is going to fully adopt what was traditional for generations and generations."

Several mixologists, including Christophe, describe amari as the wild west. "The rules are a little loose, which is why we have so many different styles," said Christophe. And just like Italian wine, amaro is complex.

So, where does one begin to dip their toes into or dive head first into exploring amari? First, it's important to know that amari, aperitifs and vermouth are all in the same family. Aperol and Campari are two of the most well-known amari in America, but despite their iconic bright red-orange appearances, even they differ greatly.

Aperol is 11% ABV (alcohol by volume) so it's super light, where Campari is 24% ABV, more than double the alcohol content of Aperol. That changes the way we use each in cocktails.

You'll recognize Campari in a classic Negroni and Aperol in an Aperol Spritz.

Combine all ingredients (except orange) with ice in a mixing glass and stir with a bar spoon until chilled, about 30 seconds. Strain into a rocks glass filled with ice. Squeeze orange twist over drink and slip into glass. 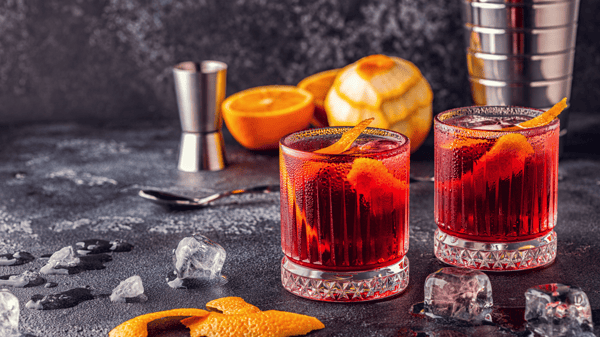 Add ice to a wine glass until it is nearly full. Pour in the Aperol. Pour in an equal amount of Prosecco. Top your drink off with a splash of club soda and add a slice of orange. 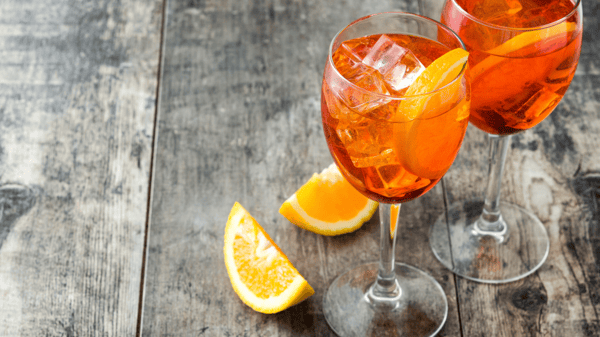 In addition to testing out your affinity for these lighter amaro, Christophe recommends trying a classic darker one like Averna from Italy. Averna is an authentic Sicilian amaro with a full body and smooth taste. It's much darker in color and sweeter than Campari and Aperol.

Expand your knowledge even further by trying French vermouths that live in the same amari family but are wine-based, such as Dolin vermouth. It's produced in Chambéry, France, macerated with real plants rather than pre-prepared infusions, and sweetened only by grape must, wine and/or sugar. Cocchi vermouth is another classic. The original recipe of Giulio Cocchi calls for the use of herbs such as Cinchona and rhubarb which lightly darken the beautiful clear wine. Just with these five classic examples of ameri, you'll see that this family is quite diverse!

Christophe wants to share his love of this category of cocktail with you in this Friday's hands-on cocktail class at the Merchandise Mart. "We will do a deep dive into the history of this spirit and learn how amari has become one of the most powerful tools for bartenders today. You can radically transform a cocktail entirely with just a half-ounce of amaro. That's how powerful these flavors are! By adding a few hand-picked amari to your at-home bar, your cocktails will be transformed." said Christophe. 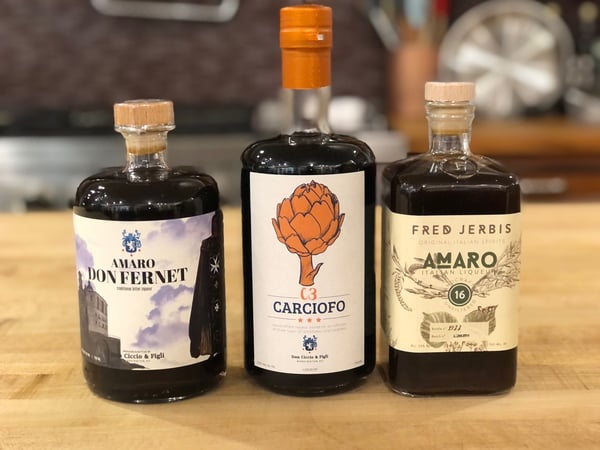 Join Christophe as he does take you through the world of amaro in a brand new hands-on cocktail class this Friday, October 22 at 6:30pm at our Merchandise Mart location. You'll enjoy:

If you can't join us in person at the Mart, you can also join the class virtually from home. It's one of our new hybrid class options! Register, get your hands on some amaro available wherever you are and get ready for an evening of enlightenment.