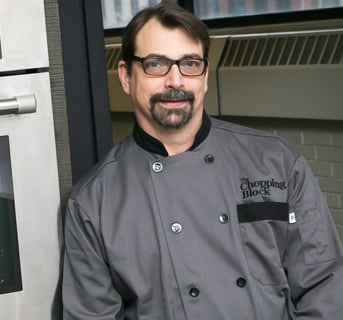 When I was young and had just graduated from culinary school, I took a job as a corporate executive chef, and I was a little cocky. One of my first things I had to make was barbequed ribs. I did it with a little flair, but much in the way I would have done it in a restaurant-type setting. One of the housekeepers, an older African-American woman named Mary B. let me know that they were in fact not very tasty. She actually used a term that I consider not printable. I went on to suggest that she should teach me how to do the ribs the right way and she said she would be glad to do it.

On our next day off, she made some ribs on the kettle grill. She took her time, she cooked them on indirect heat and she turned them often. After a couple of hours, she lightly glazed them with barbeque sauce and then in about half an hour we sat down to eat them. I was amazed at how incredibly fantastic they were. Mary was right, my ribs were not very good!

At this point I knew I need to fully understand the process of cooking low and slow on the grill. Culinary school gives you a lot of knowledge, but it doesn’t teach you everything. For the next couple of months, I worked hard to mimic Mary’s ribs. At one point, she comes up to me and tells me that she would like to take some ribs home to her husband. After eating them, he asked Mary if she had made them. She responded that she had been working with me and that I had made them. He gave me the greatest compliment I ever got when he said that “I was barbequing like a black man!”

I have continued to work on making my ribs better and better and I always think of and thank Mary for the gift she gave me. Here's my latest version.

All achiote pastes are not created the same, but the one I use is from The Chopping Block and is a top quality product. 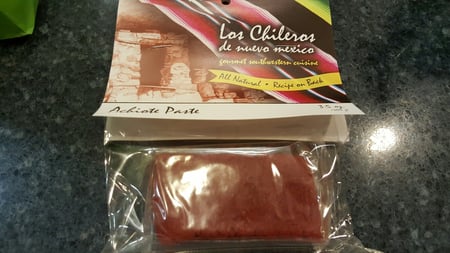 I wanted to make an emulsion to coat the ribs, and I used a high-powered blender similar to a Vita-Mix. 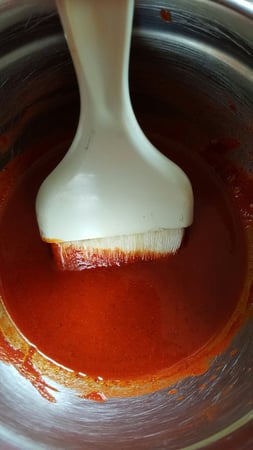 To start, I scored the back side of the ribs with a knife. Some people prefer to peel that silver skin off, but Mary didn’t think that it was necessary and she felt it was helpful in holding the ribs together as they get near their perfection. I concur. 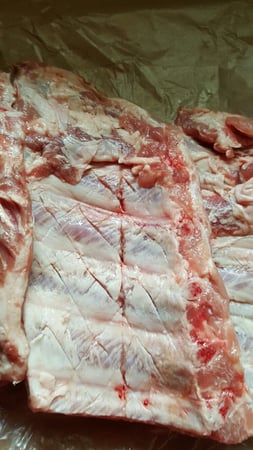 I then liberally brushed the marinade on the two sets of baby back ribs, which I cut into halves for easier grilling. I allowed the marinade to set on the ribs for a minimum of 30 minutes. 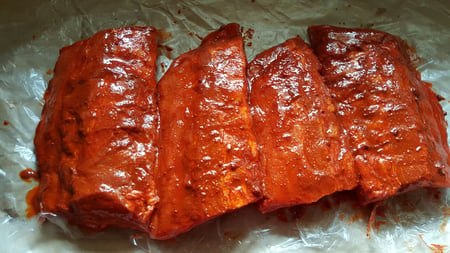 While they were marinating I prepared my grill. For grilling, I use a hardwood charcoal which I prefer for the taste that it imparts on grilled items. When you set the coals, place them so that they are on less than half of the base rack of the grill. Allow all vents to be fully open so that your grill is hot and heat is built up inside. 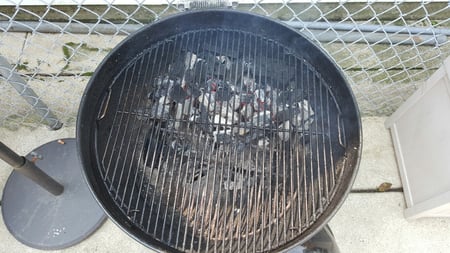 When ready, sear the ribs for approximately two minutes on each side and then move the ribs to the colder side of the grill. 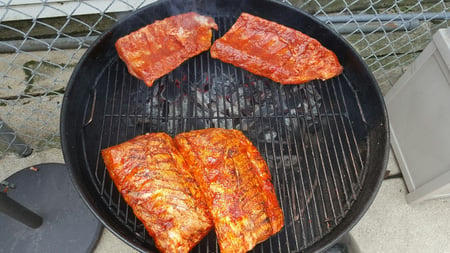 Close the vents approximately three-quarters and place the lid on and set a timer for 10 minutes. Open the grill and turn and rotate the ribs. Make sure that you have good heat, but it has slowed down considerably. 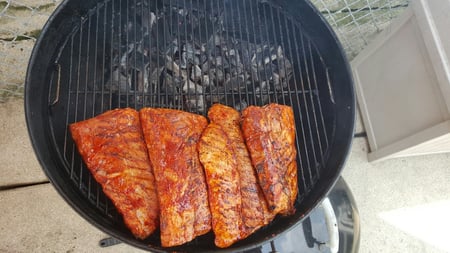 Set a timer for 10 minutes and repeat. This is the part where you begin the “low and slow” cooking process. You need the coals to be still burning, but very slowly. 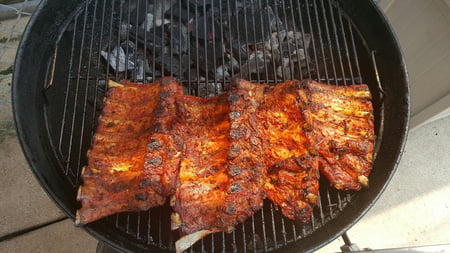 For the next 1 ½ to 2 hours I will continually rotate and turn the ribs every 15 minutes and if needed add more coals to maintain that low heat. At this point, the bones should have begun to move away from the meat and it is time to begin to baste the ribs. I used a commercial barbeque sauce that was flavored with chipotle peppers and mesquite. 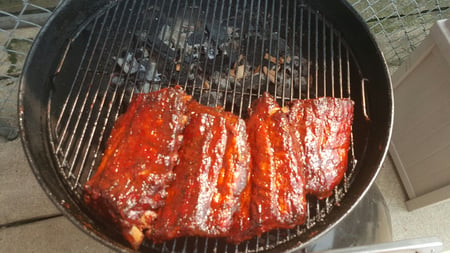 For the next 45 minutes I continue to baste every 15 minutes always turning and rotating. When I began the basting process I also add soaked apple-wood chips to give a bit more of a smoke flavor. The bones will continue to pull away as the barbeque sauce cooks into the meat. When finished, pull the ribs off the grill and allow them to rest for about 10 minutes before cutting and eating. The meat should be almost falling off the bone and tender, yet still juicy. 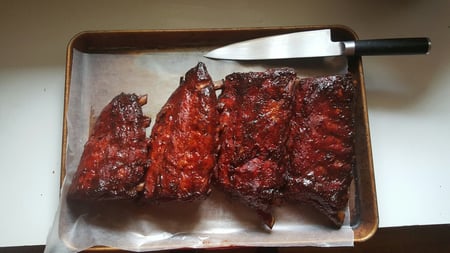 Chef Sara uses a different method for barbequing ribs that involves foil.That's the beauty of barbeque: everyone does it differently.

If you want to learn more about “low and slow” cooking method on the grill, try out an upcoming grilling class at Lincoln Square. We offer them all summer long!