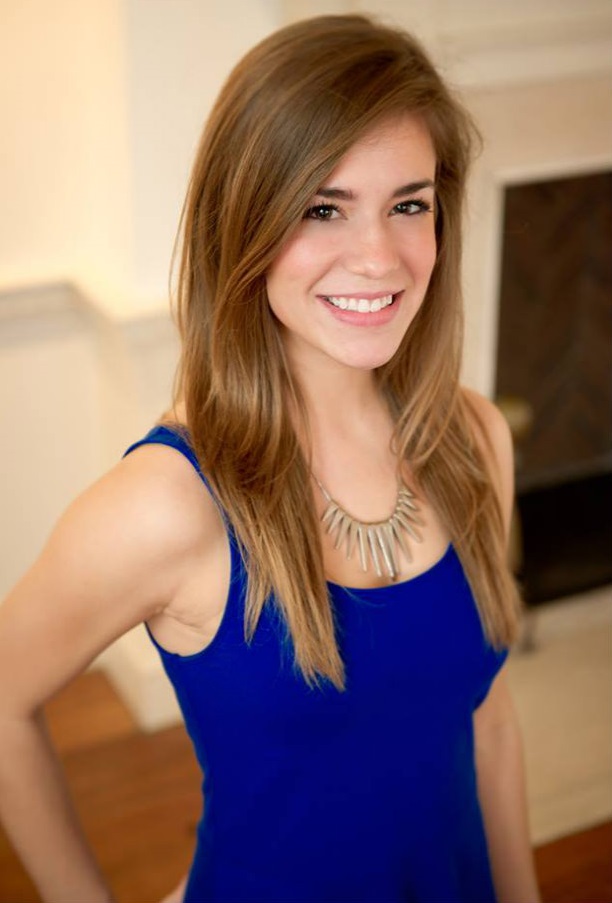 I feel like eggnog is something that people either love or hate, like mushrooms or tequila. Personally, I was optimistic when I had my first taste of seasonal, store-bought eggnog. I opened the lid, gave it a good whiff, thought it smelled pretty good, and continued to pour some into a festive mug. I didn’t even wait to sit back down on the couch… I took a small sip and immediately felt my face react disapprovingly. My mind was telling me “It's creamy and festive. Drink up!” all whilst my stomach was like “You should’ve stuck with warm apple cider”.

Unfortunately, my reaction to America’s favorite sit-by-the-fire drink wasn’t the one I had hoped for, and I remember handing my mug over to my step-dad knowing he would finish the drink that had threatened to wane my Christmas spirit. And that was that. I hated store-bought eggnog and there was nothing I could do about it... or so I thought. You see, for years my Cuban grandmother, whom I have always called my “Abu” (yes, like the monkey from Aladdin, but also short for “abuela”), had made this delectable drink called Crema de Vie, and whenever my family would come to visit her in Miami, two things were to be made and ready for our mouths: her homemade cheesecake and her Crema de Vie. 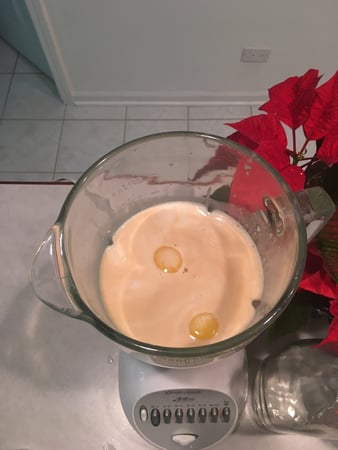 What is this creamy, magical drink I’m speaking of? I didn’t know either until I kept hearing my mom refer to it as Abu’s “Cuban eggnog” that tasted like melted French vanilla ice cream. We had called it Abu’s “crema” for short for so long… it was always a struggle to try and describe it to people. Now, every holiday season, we commemorate my wonderful grandmother by making her creamy and rich Crema de Vie. Bottles of the “crema” are also popular gifts from our family, and those who have received some will sometimes make “subtle” reminders to my mother that eggnog season is upon us before the next holiday season arrives. 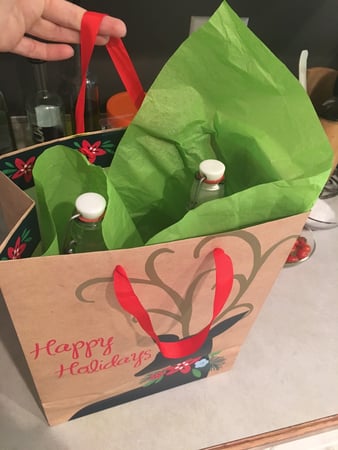 So for all the eggnog haters out there, fear not, because this Cuban eggnog recipe is nothing like the store-bought stuff you may have tried. It is extremely easy (and not to mention super inexpensive) to make, and traditionally it is mixed with whiskey or light rum, although I have a feeling adding some amaretto in there might be delicious as well.

*Because there is no cooking involved in this recipe, vanilla bean paste would be a wonderful substitute for vanilla extract. Vanilla bean paste has a syrup-like consistency that is infused with specks of actual vanilla beans. Vanilla extract is made by infusing vanilla into alcohol, giving it a not-so-delicate smell and taste when used raw. The Chopping Block and other specialty kitchen stores are likely to carry it – it’s a great ingredient to have around! 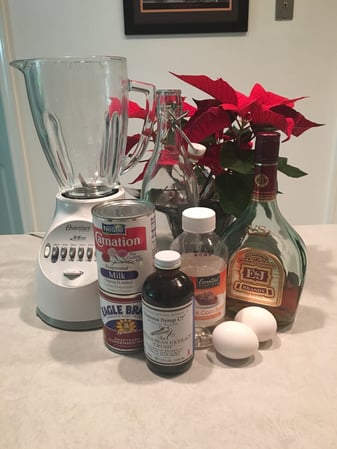 Ready for the directions? Throw the first 5 ingredients in a blender and blend for about one minute. 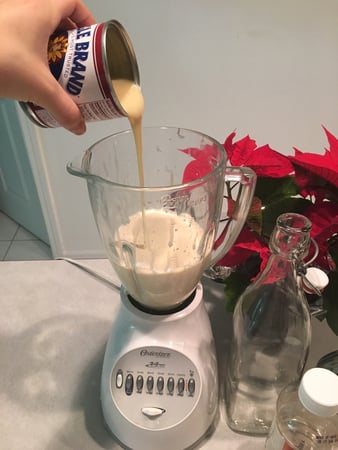 Next, add your liquor. My mother generally adds about 2/3 cup of Bacardi, sometimes more. Instead of blending your liquor, stir it inside the milk mixture. Transfer eggnog into a glass bottle, and store it in your fridge to sit overnight and thicken. Enjoy! 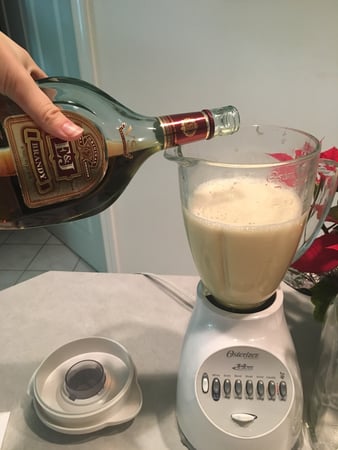