I moved to the city just in time to get swept up in the Cubs' victory last year. I don't think it was possible to be in Chicago and not feel that energy. So, while I'm not the biggest baseball fan, I do like wine and the Cubs have their own branded bottle. It seemed like a good excuse to check it out and maybe a write fun blog for the opening of baseball season.

Unfortunately, I was really disappointed by it. The wine itself was fine, I gave it a mediocre rating on Vivino, but that's about what I expect from anything created as merchandise for a larger brand. My problem was that I naively expected it to be produced by a winery in the same general area, if not Illinois, at least somewhere in Michigan, Minnesota or Indiana. That sense of regionalism is at the heart of sports; win or lose, the local team is always better than the visiting team. It's similar to the romantic notion of terroir that wine enthusiasts love to talk about and when you look at that parallel, wine and sports are a great pairing. That was the source of my disappointment, how is a Chicagoan supposed to take any regional pride from a wine made in California? I shelved the project and moved on.

Recently, however, I had the chance to try wine from Mawby Vineyards, on the other side of the lake and my interest in regional wines has been sparked again. Their website describes the M. Lawrence line of wines as “Grape Singing,” an attempt to express music through the medium of wine. 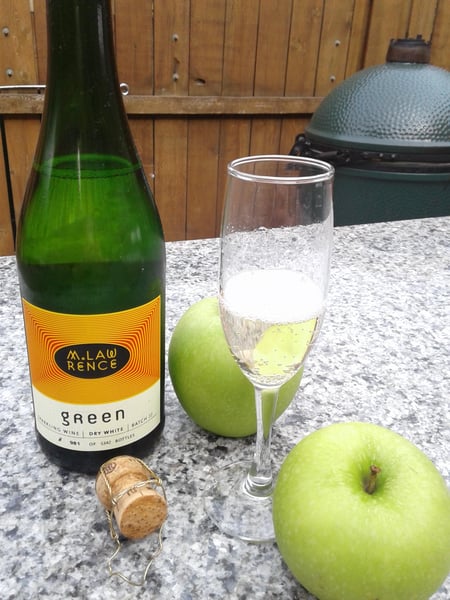 The wine I tried, Green, is a sparkling blend of Cayuga and Riesling. For those unfamiliar with Cayuga, it's an American hybrid that was created at a Cornell agricultural station in the 40's. Mawby compares the blend to “refreshingly tropical electronica.” Unsited sources claim that if Cayuga is harvested unripe it is capable of producing wine with more green apple flavors. I don't know if that's true, but I can say that M. Lawrence Green has a strong Granny Smith apple flavor and when you hear someone at The Chopping Block talk about Granny Smith apples that can only mean one thing: it's time for Apple Fest!

Starting next week, if you're in our Lincoln Square store, you'll hear the rhythmic thumping, not of refreshing tropical electronica, but of pie dough production. Between now and the end of the month we'll be making 500 of our Famous Apple Pies in cast iron skillets that you will have the opportunity to enjoy if you join us on September 30th and October 1st for Apple Fest in Lincoln Square. But that's not all, because you can't just have dessert without a meal, so we'll also have pulled pork sandwiches made from meat we smoked out back on our Big Green Eggs and tossed with CowTown BBQ sauce and topped with apple slaw. 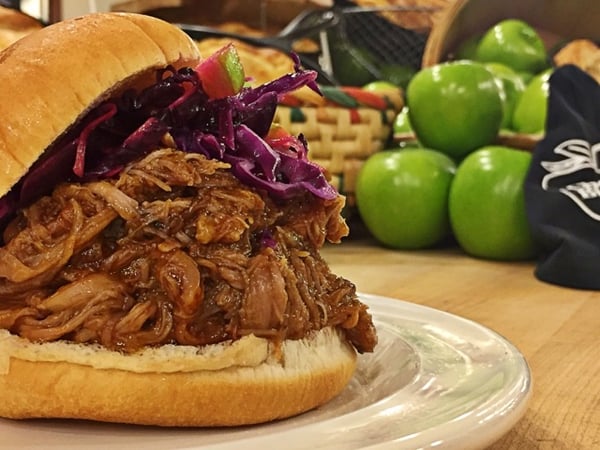 Now, I know what you're thinking, “I've got my slice of apple pie and my pulled pork sandwich, but what am I going to wash this down with?”

Fear not! We're got you covered there too.

Right Bee Cider will be joining us again to sell their crisp refreshing cider that's produced from local honey here in Chicago.

We also have Journeyman Distillery from Three Oaks, MI coming in to sample out their Old Country Goodness apple cider liqueur. 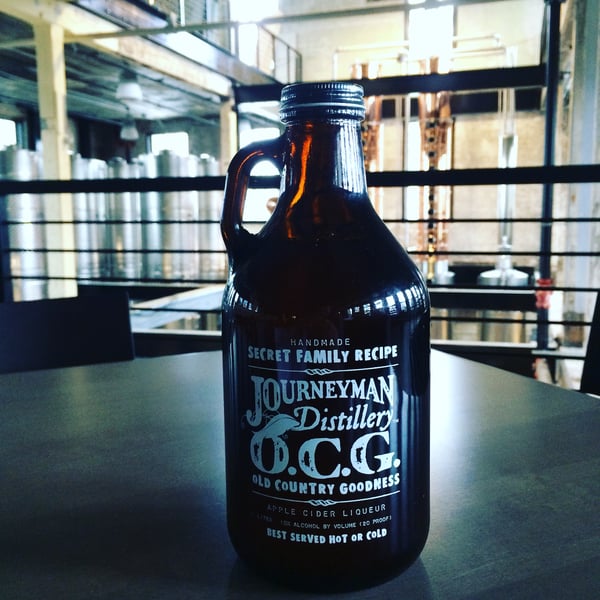 Last, but not least, we're going to bring you something the Chicago Cubs couldn't, an awesome, locally produced, wine! That's right, Mawby Vineyards M. Lawrence Green will be available to sample or purchase on our patio during Apple Fest. Best of all, you get to hang out with me, because I'll be the one pouring it. Seriously, who would want to go to the ball game instead of that?