Drinking Beer From the Oldest Brewery in the World (Maybe)

I've noticed several trends in how chefs pair wine for our classes, but the one that makes me laugh the most is when they choose beer. I find this funny because there's always a small amount of hesitation, like I might protest. The truth is, beer is incredibly food friendly, and there are times it just makes more sense. Take our Street Food class for example, if you're actually eating street food you're far more likely to be walking around with a bottle of beer than you would a glass of wine.

We don't talk about it often, but just like our wine and spirit list, there's a lot of thought that goes into our beer list. One of the difficulties I've observed since working at The Chopping Block is around our wheat beer selection. We've tried widely recognized brands and local favorites, but nothing ever seems to impress our guests. To switch things up a bit, we've decided to bring an old, traditional, style into the mix.

The Bavarian State Brewery Weihenstephan claims to be the oldest operating brewery in the world. It's located on the site of the former Weihenstephan Abbey in Freising, Bavaria. Before the abbey was dissolved in 1803, the monks who lived there brewed and sold beer. 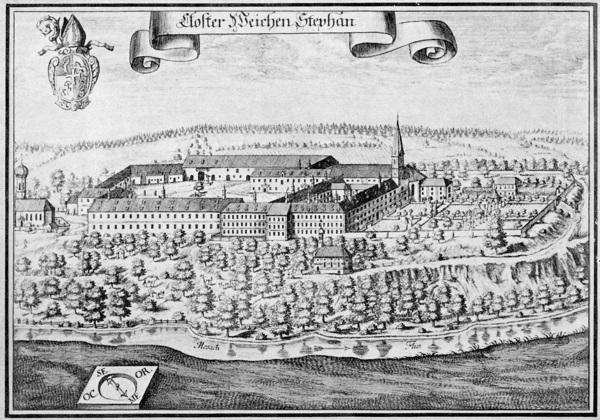 Records indicate hops have been grown in the area since 768, though the earliest official documentation of a brewery only dates back to 1040. It bears mentioning that this isn't the only brewery making this claim and some have called into question the authenticity of their documents. Whether it's clever marketing or historical fact, I'll leave for others to decide; all I care about at the end of the day is if they make a good beer, and they do. 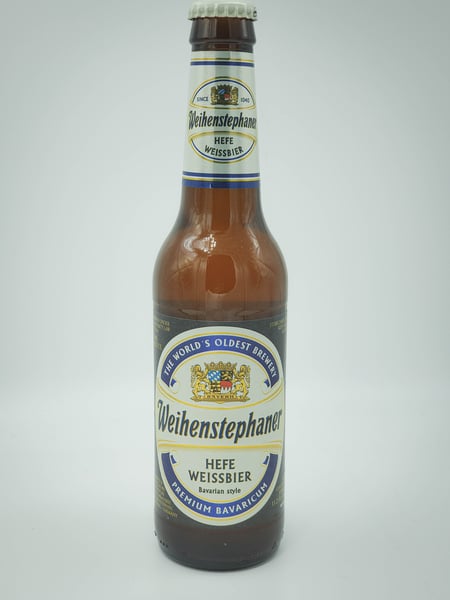 Weihenstephaner Hefe Weissbier is a traditional German style wheat beer that showcases flavors of banana and clove. It's won several awards, most recently it took home the silver in the International Beer Challenge. It's also the only beer staff seem incapable of pronouncing (Y-EN-stefan), with a couple of bartenders completely giving up and referring to it as “Gwen Stefani” (Guh-win STEF-ahn-ē).

When we talking about pairing with wine, one of the first rules you learn is that sparkling wine pairs with everything. This is largely due to the carbonation, high acidity, and lack of tannin. Beer has similar attributes. The carbonation is a given, you see it every time someone pours beer into a glass. This is great for food pairing because those tiny bubbles scrub your palate clean with every drink.

Acidity isn't something we generally think of with beer, but next time you have one take a sip and let it sit on your tongue, If you notice you're starting to salivate, that's a reaction to the acid. It doesn't have to be overwhelming to make it food friendly, but just enough to keep the beverage balanced.

As for the tannin, it's there, but not in the quantity you find in heavy red wines. This is also true with white and sparkling wine as well. We tend to associate tannin with grape skin in wine because that's usually the most dominant source, but it can also come from things like barrel aging. It's not a concern in sparkling wine because we're not dealing with a significant amount, the same is true with beer. However, bitterness is still a factor, particularly with some IPA's, that's why I tend to think of wheat or Pilsner as a more solid choice for food pairing. 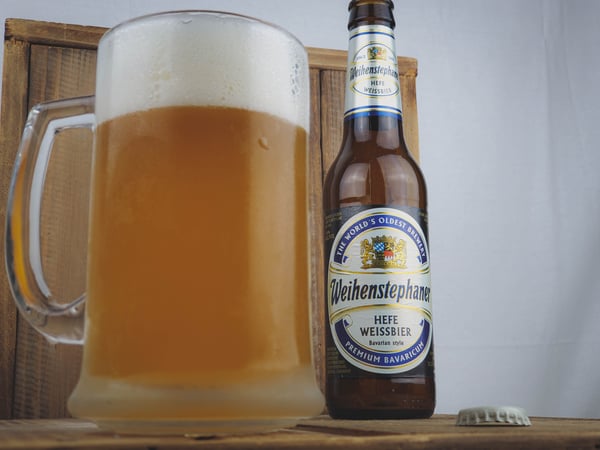 So, what would I pair with Weihenstephaner Hefe Weissbier? Everything from steak, to seafood, to grilled meat, or even just a crisp salad. Beer is a very forgiving choice for food pairing. If you want to learn more about how to pair food and wine or how flavors interact, check out our calendar for Food and Wine classes (such as Food and Wine of Argentina coming up in March) as well as Flavor Dynamics.

Our Culinary Heaven: Wine and Cheese Pairing is happening next Thursday, March 5 at Lincoln Square. You'll learn the secrets of successful wine and cheese pairing in this tasting of 5 prominent cheese styles mixed-&-matched with 5 wines.