How to Make Consomme 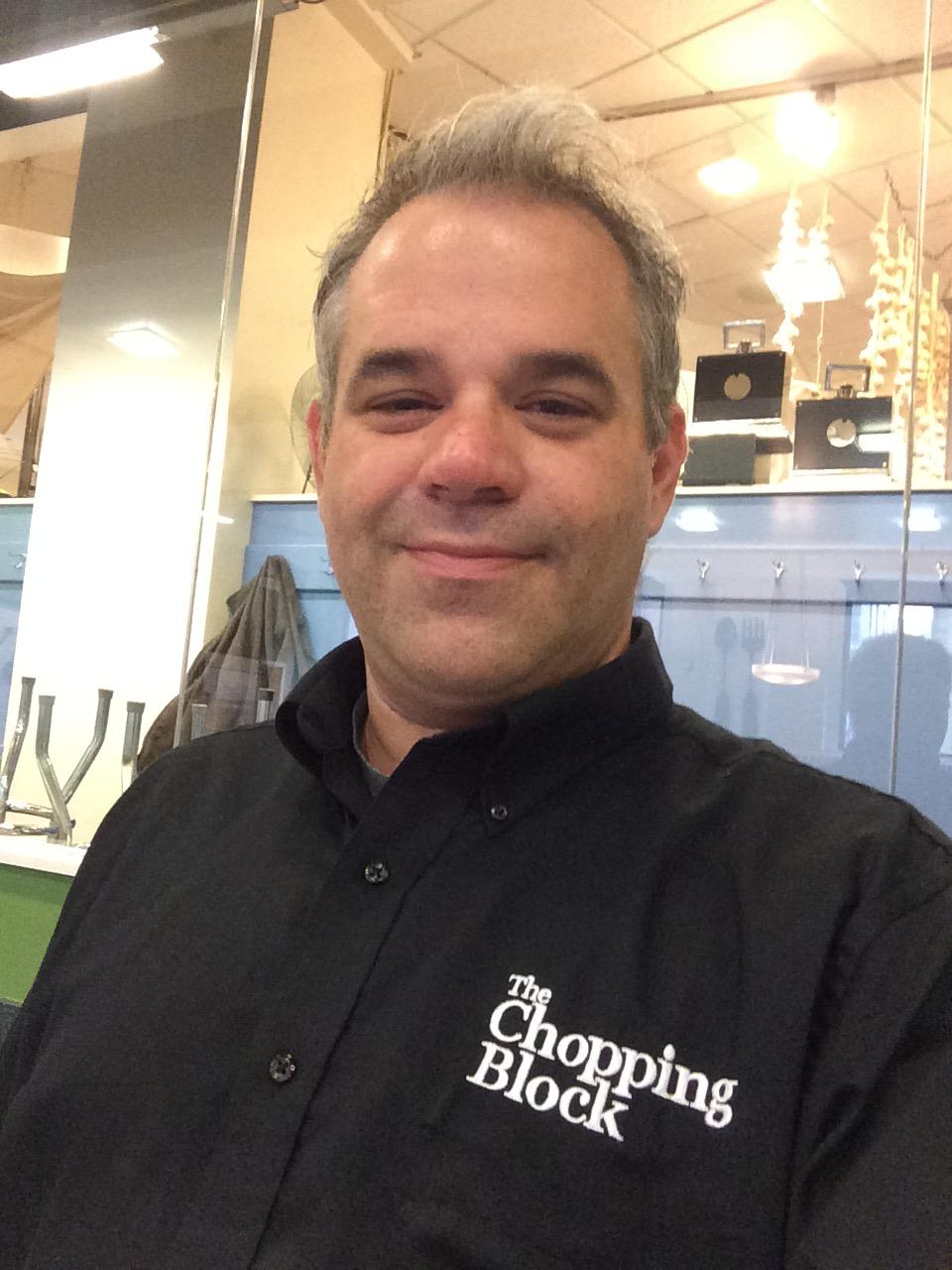 Soups and sauces have long been my favorite aspect of cooking, so I had a lot of fun when I recently taught the Soups and Sauces portion of The Chopping Block's Culinary Boot Camp. One of the soups that we did not cover in class was consomme, which is a rich and intensely flavored, crystal clear, fat free broth. It rarely appears on menus, probably abandoned by many chefs due to the amount of time involved versus the limited amount of final product.

But I was inspired by this cooking class, so I made a duck consomme. Here are the basics of the process:

Beginning with two whole ducks, I discarded the giblets, except for the gizzard which I will use in my stock, and the livers which I will use to make a duck liver mousse. I trimmed away as much of the excess fat and skin as possible and placed it in a small pot over low flame to slowly render the fat. That fat will be used for duck confit, which I will detail in a future blog. 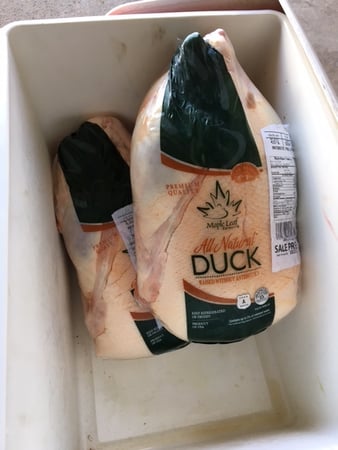 I removed the breast meat and ground it with my grinder attachment, chilled to be used tomorrow in the next step. I removed the thigh and leg portions together and also reserved those for my duck confit.

The remainder of the ducks I cut into pieces and roasted in a 450F oven, turning them occasionally to brown them evenly. Once very well browned, they go into a stock pot and get covered with cold water until the water is 6” above the bones. Bring to a boil and reduce to a simmer. Add to pot: 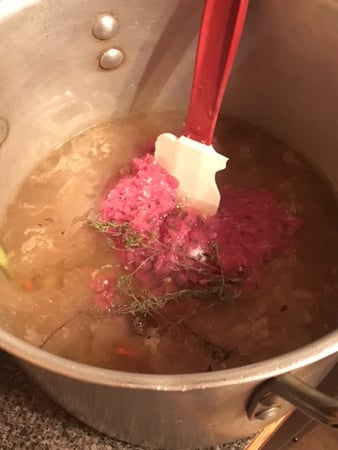 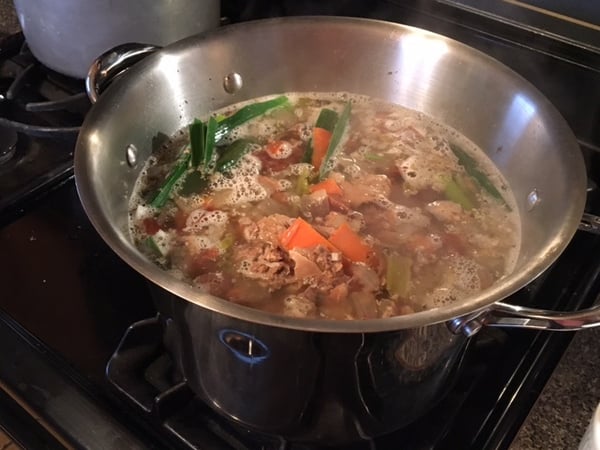 Simmer another 1-2 hours and strain through a fine sieve with cheesecloth. Chill rapidly over an ice bath. Refrigerate several hours, or overnight until it has set like gelatin and there is a layer of fat at the top. Remove the fat with your hand or a spoon and discard.

I generally replace more water in the pot as some of it evaporates, however, this is not always necessary if your simmer is very low.

Add the cold, gelatinous stock to a clean stock pot. Stir in: 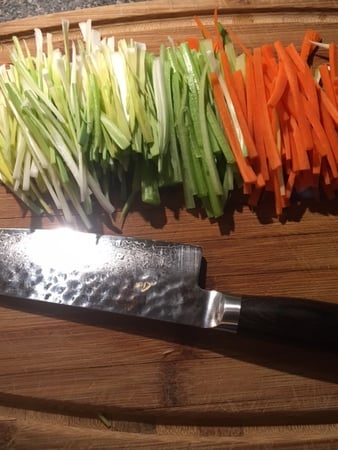 Bring this mixture up to a simmer, stirring regularly. At some point before the stock begins to simmer, the top will become foamy. This is the raft. 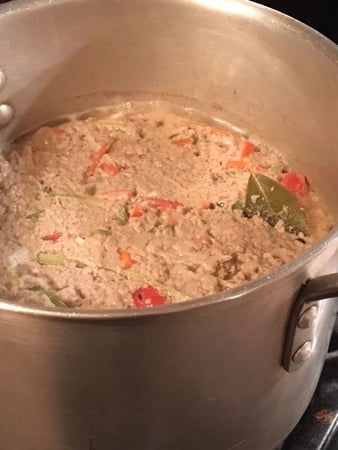 At this point, the stock should no longer be stirred, nor should it boil. It should simmer very gently as the stock “percolates” up through the raft. It should simmer in this manner for 1-2 hours, being mindful not to disturb the raft. When ready to serve, gently use a ladle to scoop out the clear broth without getting the raft. This should be easy at this point, since the raft will be mostly one solid mass. Strain the broth through a fine sieve with cheesecloth and season with salt. Garnish with chopped herbs, or brunoise mire poix. 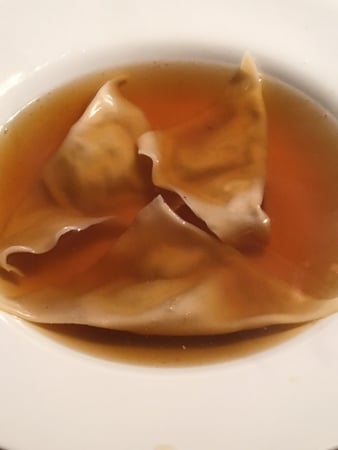 If you want to become proficient in making stocks for soups and sauces, check out our new Culinary Boot Camp a la carte classes which allow you to learn the curriculum in individual days. Soups and sauces is being offered next on Sunday, March 20 at our Merchandise Mart location.