The Joys of Jewish Preserving 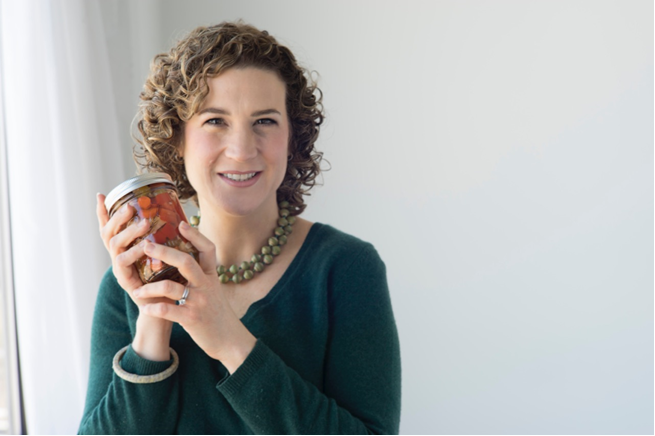 Crunchy kosher dills. Hamantaschen filled with prune levkar. Date honey and pomegranate molasses. Foods like these demonstrate how preserving has played an important role in Jewish cuisine, both Ashkenazi and Sephardic, from Biblical times to today.

Preserved foods are a traditional part of many Jewish holidays and celebrations, from eingemacht and date jam at Passover to applesauce for Hanukkah latkes. In the harsh climate of northern Europe and Russia, where Ashkenazi Jews lived for centuries, preserving summer fruits for winter was a matter of survival and pickled vegetables livened up an otherwise bland diet. Even today, in America, no Jewish deli is complete without a dish of pickled cucumbers in various states of sourness on every table.

For Sephardic Jews, preserves and jams made with local fruits such as quince, figs, and dates were served from crystal dishes with silver spoons at every joyous occasion. Throughout the Middle East and North Africa, vast spreads of pickled and marinated vegetables were served as part of the mezze, appetizers to accompany drinks before meals.

Today, home food preservation is experiencing an exciting revival. All over North America, home cooks are making their own jams, jellies, pickles and other preserves using homegrown fruits or vegetables or local produce from farmers’ markets. At the same time, there is an emerging new Jewish food scene as evidenced by the popularity of artisan delis, Middle Eastern restaurants and new, Jewish-themed cookbooks.

Given the renewed interest in both home food preservation and Jewish cuisine, I decided it was time to update the tradition of Jewish home food preservation for the contemporary home cook and DIY kitchen enthusiast. In my new cookbook, The Joys of Jewish Preserving: Modern Recipes with Traditional Roots, for Jams, Pickles, Fruit Butters, and More — for Holidays and Every Day, readers will find recipes for jams, jellies, pickles and other preserves that are modern and employ contemporary techniques yet are rooted in centuries-old Jewish traditions. The recipes are inspired by the fruits mentioned in the Bible and the Talmud; life in the shtetls of Poland and Russia; the abundance of the Sephardic Mediterranean and Middle East; and traditional Jewish holiday foods.

In my upcoming class at the Lincoln Square location of The Chopping Block, participants will learn about the robust and distinctive tradition of Jewish preserving and experience some of the best flavors from this tradition. In the class, I will demonstrate how to make and preserve Cranberry Applesauce - my New World take on the European tradition of combining foraged berries and apples to make a brightly colored and deliciously tangy applesauce. In Jewish tradition, applesauce is typically served with potato pancakes or latkes on Hanukkah. So, we will enjoy the Cranberry Applesauce with Sweet Potato Latkes, another culinary mash-up. Lastly, I will also demonstrate how to make Quick-Pickled Eggplant, a Middle Eastern inspired recipe that makes a fabulous mezze. Participants will taste all of the recipe and take home a copy of my new book, just in time for the holidays.

Applesauce is one of the best-known and best-loved Jewish preserves because it is one of the two traditional toppings, the other being sour cream, for potato pancakes or latkes. Latkes are a Jewish deli staple but are perhaps best known as the traditional dish for the festival of Hanukkah, at least among Ashkenazi Jews. The cranberries add tartness and a beautiful rosy color. Make this crimson-hued applesauce in November when whole cranberries and heirloom varieties of apples are readily available at farmers markets, and put up several jars to accompany your Hanukkah latkes in December. 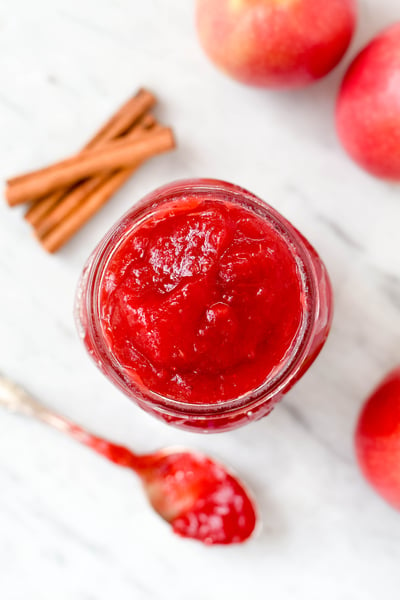 4 lbs apples, preferably a mixture of sweet and tart varieties

Want to learn more about the tradition of Jewish preserving and taste more recipes from my book? Join me for my cooking class on Saturday, November 18 at 2:30pm at Lincoln Square. You'll take home a copy of my book so you can recreate the recipes at home just in time for the holidays!