What's So Great About Cabernet Sauvignon?

I always planned to write a blog about Cabernet Sauvignon, because, in many ways, to understand Cab is to understand wine. Unfortunately, I wasn't really sold on the Cabernet we had on our wine list last year; while it was a likable wine, it wasn't a great representation of what the grape had offer. Recently, we replaced it with a Columbia Valley Cabernet Sauvignon that performs much better. So, it seems like a good time to talk about one of my favorite grapes.

Cabernet Sauvignon was first mentioned in the late 1700's, from around the Gironde in southwest France. The origin of its name is the subject of much debate, but the prevailing theory focuses on how it was frequently mistaken for Cabernet Franc and the similarities its leaves share with Sauvignon Blanc. Despite this, it was not commonly believed that Cabernet Sauvignon was the offspring of these two grapes as no one had observed a dark-berried variety from the union of white and red wine grapes. In 1994, the wine world was shocked to discover this is exactly what had happened, as DNA testing from researchers at UC Davis in California revealed Cabernet Sauvignon is the offspring of Cabernet Franc and Sauvignon Blanc.

Late budding, and mid-to-late ripening, Cabernet Sauvignon is a thick-skinned grape that thrives in warmer climates. It is considered to be one the “Noble” grape varieties, grown throughout the world for their versatility and commercial recognition. While many areas are capable of producing excellent Cabernet based wine, it is most commonly associated with two regions: Bordeaux in France and the Napa Valley of California.

In Bordeaux, near its point of origin on the Gironde, Cabernet Sauvignon has long been valued for its ability to add structure to wine blends, giving them greater potential to age. It is also used as a kind of insurance policy against bad weather, as it ripens more slowly than other grapes in the region, such as Merlot. This means that a bad Merlot crop can be salvaged by a good Cabernet Sauvignon harvest later in the season. It is the dominant grape on the left bank, home to all five of Bordeaux's premier grand cru wineries. Some of the wines reputed to be the greatest in the world are made here from blends built on a foundation of Cabernet Sauvignon.

Elsewhere in the world this formula for success is emulated, using Cabernet Sauvignon as a blending partner with local grapes in the hopes that its ability to add structure and longevity to blends may elevate the status of otherwise obscure wines. However, in some of the best regions, where it is allowed to fully ripen, no blending partner is necessary for Cabernet Sauvignon to make outstanding wines. Nowhere is this more true than in California's Napa Valley.

While Napa is a household name for wine regions today, this wasn't the case fifty years ago. In 1976 a British wine merchant, Steven Spurrier, working in Paris organized a blind tasting, pitting Bordeaux's premier cru against wines from humble Napa Valley. The goal was to showcase how far American wine had come in the decades following the repeal of prohibition. Spurrier, and everyone else, were surprised in the end when the American wines not only fared well, but actually occupied the top spot in both categories, red and white. The tasting, since referred to as the Judgment of Paris, sent shock waves through the wine community and firmly established America's most noteworthy wine region.

Like I said, to know Cabernet Sauvignon is to know wine. Understanding its ability to add structure to blends allows one to understand which characteristics are considered desirable for fine, age-worthy, wine. Also, it makes you notice some of the viticultural aspects of wine, such as the advantages of planting multiple grapes with different budding and harvesting times. Finally, as it is grown and blended throughout the world, exploring what Cabernet Sauvignon has to offer is a great way to be introduced to new grapes and wine regions. 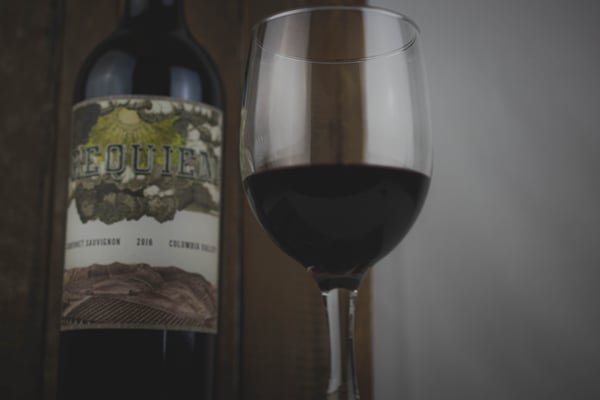 For example, beyond Napa Valley, the Columbia Valley of Washington state has also developed a strong reputation for Cabernet Sauvignon based wines. Requiem, The Chopping Block's recently added Cabernet Sauvignon from that area, is an approachable wine that displays a pleasant mix of fruit and spice flavors, with a very mellow level of tannin. If you've never tried a Cabernet Sauvignon wine before, this is a good one to start with. 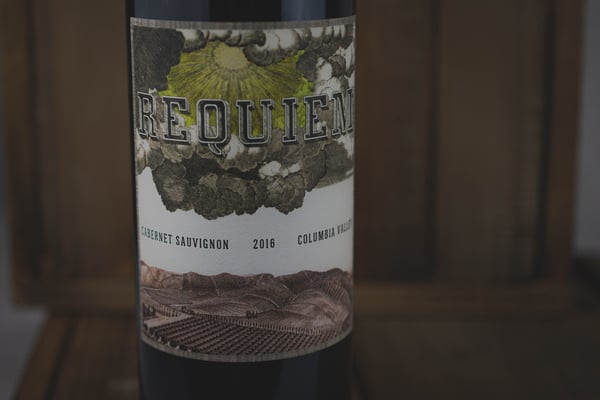 If you're interested in learning more, check out some of our upcoming wine classes.