Having lived in Beijing a number of years ago, an annual tradition we took home with us was a big, loud celebration dinner for Chinese New Year. With that coming up just over a month away, my mind is consumed with the menu, when I can get to Chinatown to shop, and how much I can prepare ahead of time. And with Chinese New Year falling just two days after Valentine’s Day this year, I thought it might be kind of fun for dessert to have a little “Valentine flair” this time around. Nothing says "I love you" like stuffed lotus root!

China was one big food adventure for me, and I tried to learn as much as I possibly could. One of my favorite desserts when we lived in China was Stuffed Lotus Root with Sweet Sticky Rice. Lotus root is an odd-looking and starchy vegetable. 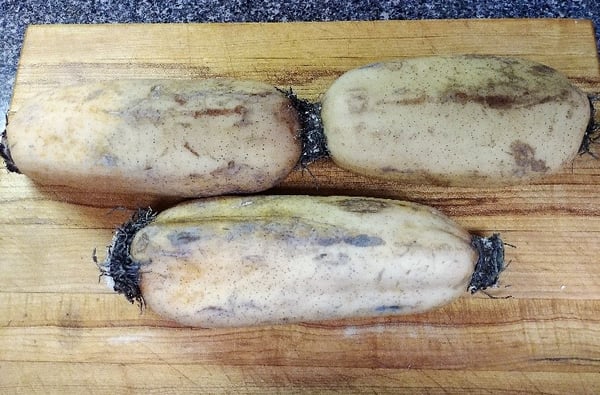 To think of turning it into something pretty for dessert, may seem just as odd. For me though, the end result has just the right amount of light sweetness combined with a nice little bit of crunch. This was one that I was determined to bring home!

You can find lotus root at most Chinese markets that have fresh produce. Please note that you want to buy a lotus root that is as straight as possible, as it will be so much easier to stuff later on. You can buy them as long as you like – just be sure they will fit in your pot of boiling water! I usually end up with lotus roots that are about 8 or 9 inches long.

Let’s begin with the rice. To stuff the lotus root, you will want to use “sticky rice”. This can get confusing because it is also known as “glutinous rice” (there is no gluten), as well as “sweet rice” (it is not sweetened). Here is a comparison to a couple of other popular rice types. 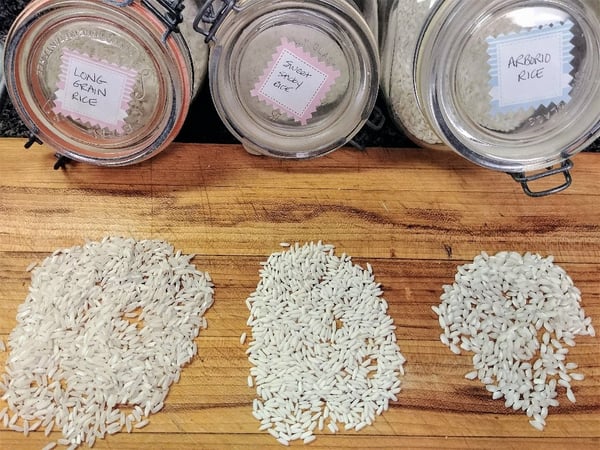 The sticky-glutinous-sweet rice is in the center and you can see it is different just based on appearance. It is a much shorter grain and more opaque than the long grain rice on the left, and also much more opaque compared to the Arborio rice on the right (another short grain rice, used in risotto). To get technical for just a moment, the reason why glutinous rice is so sticky when cooked is the near-absence of the starch amylose – and it is perfect for this dessert, as it will swell and stick together to fill the holes in the lotus root.

For this recipe, in addition to 2 cups of the rice, you will need 6 or 7 dried Chinese dates (also known as “jujubes” if you have any other Chinese recipes lying around) and 100 g (3.5 oz) of rock sugar (rock candy). Both can be found in Asian markets or online. For the sauce later you will need 100 g (3.5 oz) of brown sugar and ¼ cup of honey (or agave, for a vegan version). 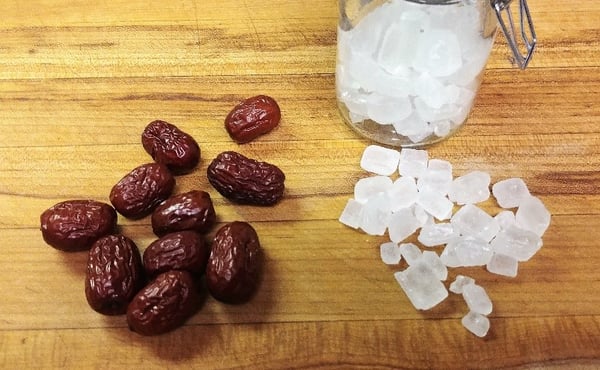 To start, measure out about two cups of rice, cover it with about an inch of water and set it aside for a minimum of two hours and up to overnight. Here is how you will know your rice is ready.

Once the rice is ready, drain it and place it in a bowl.

Fill the pot you are going to boil the lotus root in with enough water so that the lotus root will be covered when it comes time to cook it. Add the dried Chinese dates and rock sugar, and bring the mixture to a gentle boil so that the rock sugar will melt completely. While you’re waiting for the sweetened water to boil, you can start getting your lotus root ready by cleaning up the ends and peeling the lotus root.

Next, slice off the top.

Finally, the fun part! Time to stuff the lotus root with the rice.

Now you’ll need to reattach that top with toothpicks, sort of like a little “lid”, to keep the rice inside the lotus root while it is cooking. As the rice cooks it will expand and fill the holes - but it will also push up against the “lid”. Sometimes the “lid” will actually pop off, but usually it just pushes away from the bottom part a little bit. Either way it’s okay, because at that point the rice has firmly embedded itself inside the lotus root and won’t be going anywhere.

Here is how the lotus root will look inside the pot of boiling liquid. You will keep it at a low boil for about 1.5 hours. Be sure to add water to keep the lotus root covered. The sweet aroma is wonderful!

You can test the lotus root for doneness in the same way you would a potato or other starchy vegetable: simply insert the tip of a paring knife into the side. If it inserts and releases easily, it’s done! Remove the lotus root to a rack. 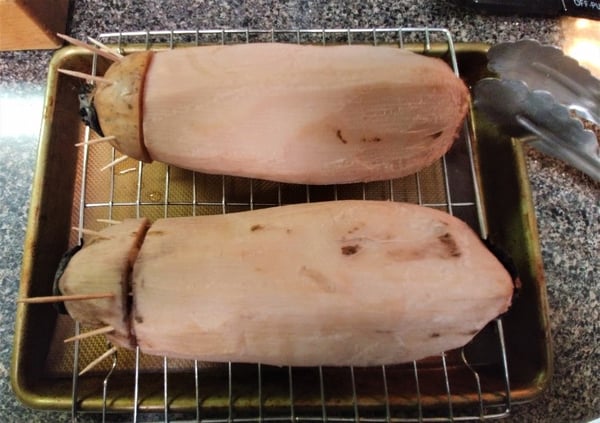 Reserve 2 cups of the cooking liquid, along with the dried Chinese dates to keep contributing to the sweet flavor. 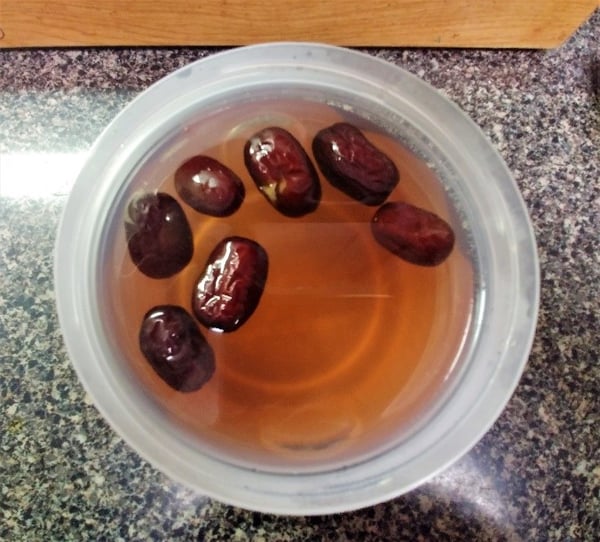 Once the lotus root has cooled, you can keep it for up to two days in the refrigerator, tightly wrapped (“lid” and all!) with plastic wrap. Bring both the sauce and the lotus root to room temperature for serving.

To serve the lotus root, simply slice it.

Spoon the sauce over, and – for that Valentine’s touch - sprinkle with raspberries! Alternatively, you can top the lotus root with lychee nuts or Mandarin orange slices (using the canned & drained versions) – but with Valentine’s Day so close, who can resist a little red?

Happy Valentine’s Day and Chinese New Year of the Dog! 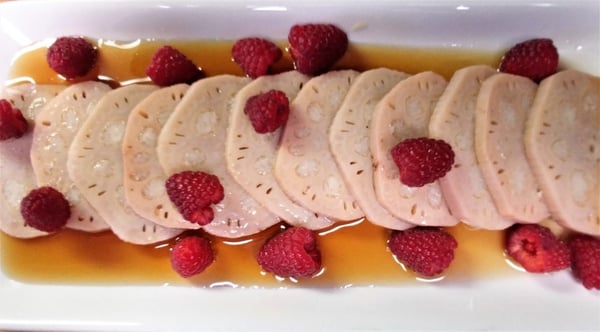 If you’re looking for some great ways to celebrate Valentine’s Day a little bit before, a little after, or right on the day itself, check out The Chopping Block's offerings for upcoming hands-on Valentine’s Feast classes and Valentine’s demonstration dinners!

Also, if you’re interested in expanding your Chinese cooking skills, take a look at our Chinese New Year Feast hands-on classes coming up on: