Presidents' Day, the day set aside to celebrate our first president, George Washington, is just around the corner. What do I know about George Washington? Let's see what my poor brain can recall from years of public school propaganda and myth building:

I'm sure my elementary school teachers would be proud.

Please, don't mistake my ignorance for apathy, but in the age of the internet, fact checking is a simple task and stories of dubious origin, no matter how well-intentioned, can quickly be dismissed as apocryphal. It's a shame really, as the events of the man's life should be enough to inspire curiosity without the need to invent ridiculous tales of virtue.

For example, did you know George Washington was one of the country's first distillers? It's true... kind of. After retiring from public office in 1797, Washington returned to Mount Vernon and began several projects on the family plantation, including the distillation of whiskey.

Although, it seems more accurate to say he owned one of the country's first distilleries, as it was his Scottish farm manager, James Anderson, and six enslaved men, Peter, Hanson, Nat, Daniel, Timothy and James that were listed in the 1799 census as actually working in the distillery. Mount Vernon's website has a lot of good information about Washington and the men and women who worked his plantation, including digital copies of the census mentioned above, if you're interested in learning more. Washington died on December 14, 1799 and the site where those men worked to create one of the largest distilleries of its day was lost over time.

Then in the late 1990's, excavation of the historic site began, and carried on for seven years before finally being completed in 2006. Two archaeologists working for the Mount Vernon Ladies' Association produced a very detailed account of the excavation that I'll link here, for those, like me, who enjoy reading this kind of thing.

As of 2007 Washington's distillery has been reconstructed and is fully operational, producing small batches of whiskey that may be sampled and purchased while touring the property. They follow a classic recipe for rye whiskey, dating back to 1804, which is comprised of 60% rye, 35% corn, and 5% malted barley. Unfortunately, this whiskey is only available through Mount Vernon, although I was able to find an alternative from our long-time partner, Journeyman Distillery in Three Oaks, Michigan. 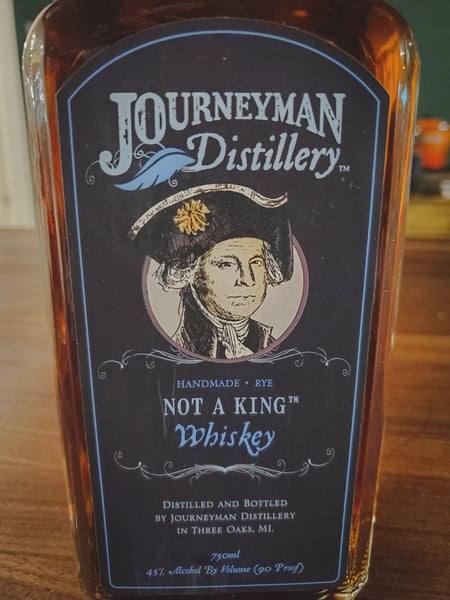 Journeyman's Not a King Rye is named for Washington's famous quote proclaiming he is “not a king.” Though, I fear this story is also a myth as I can find no direct source for this statement (if anyone knows where it comes from, please let me know). Their blend is close to the classic recipe used at Mount Vernon, in this case comprised of 60% rye and 40% organic corn. This limited release whiskey is made available each year around Presidents' Day and will be available at our Lincoln Square store (while supplies last). 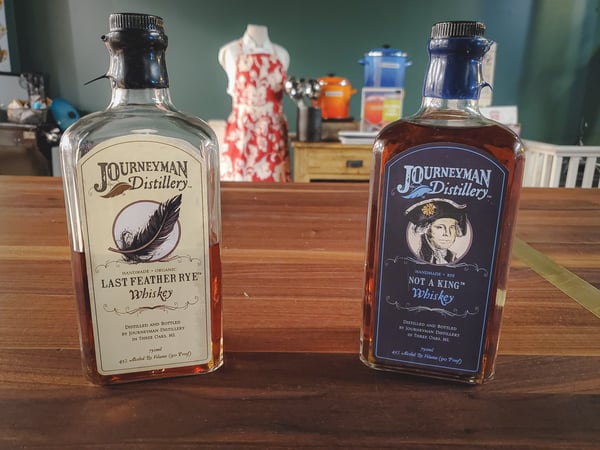 If you're interested in trying this traditional American whiskey recipe, we'll be featuring it for a special Happy Hour on Thursday, February 13 at Lincoln Square. For $20 you'll get two classic cocktails, an Old Fashioned and a Sazerac, both made using Journeyman, Not a King Rye. You'll also receive a 10% discount on any wine or spirit purchases made that day, including other products from Journeyman's portfolio.