I Dabbled in High-Aged Scotch 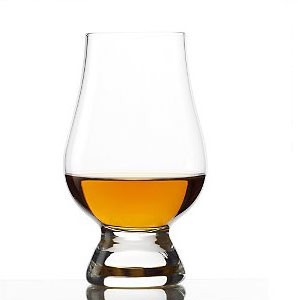 This past week I had the opportunity to attend my very first Dabble class. A friend of ours works for Dabble, which is a company that organizes one-time classes in subjects ranging from glass blowing to "Real Estate Short Sales for Buyers & Investors". It's fun because you can try something you might never do otherwise and have no further commitment (kinda

why I've always loved The Chopping Block so much - there's such beauty in an evening of learning something new!).

I've never (ever) considered myself a scotch drinker. Wine and beer are my boose-y passions and I told the instructor that when I introduced myself before class (yes, I do that kind of thing). However, I am always, and forever will be, open to learning anything new about food and beverage. I was interested to know if I would be able to detect any nuances in the six different scotches we were going to taste or would it just taste like whiskey, whiskey and more whiskey. My nose and palate led me though the journey, and I learned quite a lot. 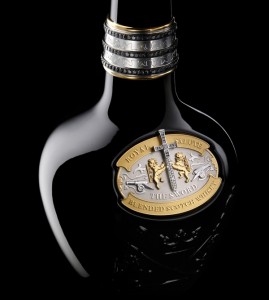 There are rules to scotch. Three, actually:

1. For single-malt, there can only be three ingredients: barley, water, yeast. That's it.
2. All those ingredients must be from (and the distilling process must occur) in Scotland.
3. And, it has to be aged in an oak barrel for a minimum of 3 years.

The Master of Scotch who was teaching the class, assured us that we probably don't want "enjoy" those minimally-aged varieties unless we plan to splash some (okay, maybe quite a bit) of soda on top. This tasting contained none of those. The youngest Scotch we tasted was a sweet 16. And, surprisingly, it kinda was sweet. It was from the Islay region of Scotland which (I'm told) often produces a milder scotch. There were hints of caramel and vanilla and they really came to the forefront when we added a few drops of water to the mix - at least for me. Like wine, we all have our own palate; one smells and tastes what one smells and tastes. 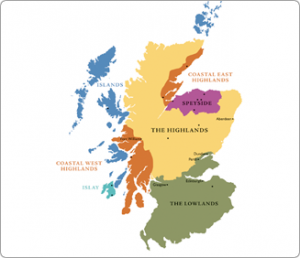 We continued through the line up and it was really amazing how different each scotch was. I couldn't help but compare it to wine, which is also influenced by the barrel it's aged in, time, region, and blending. Our instructor offered up a few food and scotch pairings too - whaa? You can pair scotch with food? Of course! Food and beverage just go hand in hand.

The class ended with our sixth tasting: a very expensive (like, would-have-been-$40-for-the-one-ounce-pour-I-had-in-front-of-me expensive) high-aged scotch. 75 years old! This scotch was born during the Great Depression, but things had definitely improved for it. I drank history. Which was cool. It was also way smooth and I felt very classy. I can't afford to be that classy, however, so I just tried to really enjoy my few minutes with this sipper.

Scotch has not taken over as my drink of choice, but it was so interesting to delve into this new category of beverage craftsmanship. The knowledge of wine I've gained through classes at the Chopping Block (shout out to my fellow Wine Academics!) definitely helped me understand and appreciate all that a high-aged scotch can be. So, thank you Dabble and thank you Chopping Block! I've learned so much from you! Cheers!