It's not unusual for someone to travel across the country for our Culinary Boot Camp program. We've had students from California, Texas, New York, and lots of different places in the U.S. I know we've even had a few international travelers make the trek to Chicago for the 5-day program, but I think the award for furthest travel now belongs to a home cook from the Netherlands.

Janet Wong recently took a six-month sabbatical from her job as a manager at a consulting firm that specializes in large transformations in organizations and traveled the world, with stops in Singapore, South America, Australia and Thailand. So, how did she end up in Chicago taking a class that is basically professional culinary school curriculum that has been boiled down for home cooks? She sought out our class specifically for its time and financial commitment. 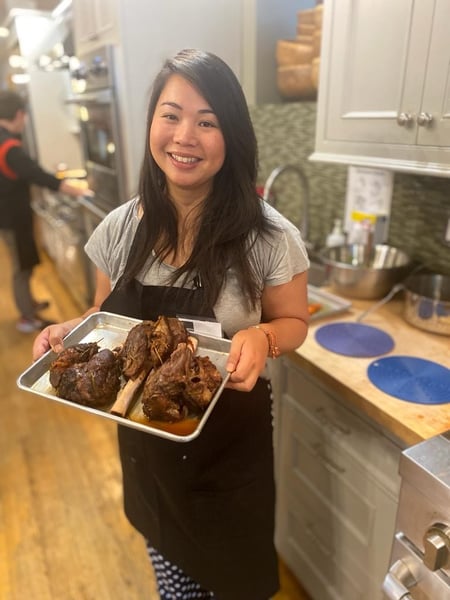 "I love cooking so much, and you don't see a lot of these types of classes offered. Normally, they are always professionally focused. I don't want to be a professional chef, and those skills aren't necessarily the ones I would use in my day-to-day cooking. So when I found The Chopping Block's Culinary Boot Camp, it was exactly what I was looking for. Initially, I had planned to go to Le Cordon Bleu for three months, but I thought that would be too much. I needed a lesson that was in English, and I found you online while I was in South America. I was really missing cooking on this trip, and the timing was important, so this option worked out well for me. Plus, Chicago is also famous for its food, so I was like - let's do this!" says Janet.

The 33-year-old seeks out local cooking classes when she travels, such as a recent one in Argentina, because she loves to cook so much. Janet says she just has to be careful and make sure she can follow the language. She describes herself as a confident "hobby chef" who often hosts dinner parties with five to six courses. It appears to run in Janet's family as her dad is a chef who focuses on Chinese cuisine, and she also has an older sister who enjoys cooking. Last Christmas, they spent time together as a family cooking elaborate meals such as Beef Wellington and comfort food like fried chicken. "Everyone at home is looking forward to me coming back so that they can taste what I've learned. My friends were not at all surprised when I told them I was coming to Chicago for a cooking class," said Janet. 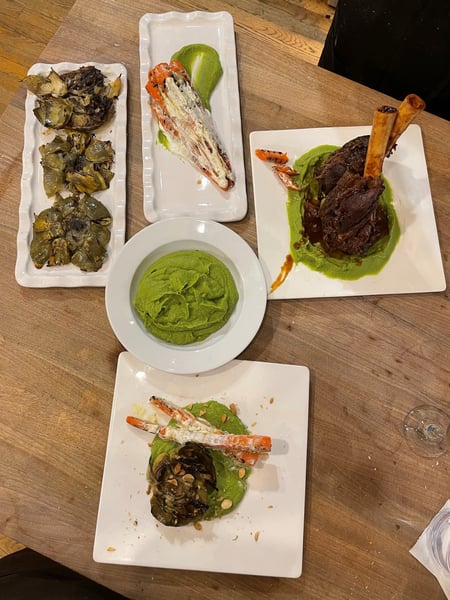 Janet was born and raised in the Netherlands, but her parents are from Hong Kong so she grew up with Chinese cuisine and is familiar with Korean and Thai cuisines as well. She says she eats out a lot, so she considers herself pretty familiar with different ingredients and techniques, though she's learning a lot about American culture and dishes. "I make soup all of the time, but I've never made a roux-based soup. It was really nice to try that," she said. 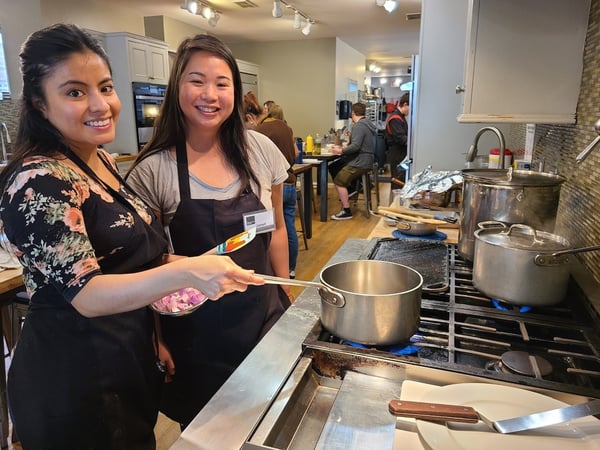 Janet says she chose this program to gain more confidence in the kitchen. She also wanted to become more efficient, and enhance her cooking skills so she can enjoy them the rest of her life. "The most important skills I wanted to learn are knife skills. You don't really think about the proper way to cut an onion. It's the most simple thing and yet the most difficult thing. Also, I was intrigued by learning fish and meat butchery. At home in the Netherlands, the meat and fish is already butchered. I don't have to cut the pieces into smaller portions. But I learned how to butcher in Boot Camp. Who knows? Maybe now, I'll buy my fish whole and butcher them!" exclaimed Janet.

Janet said she especially loved learning the fundamentals in day one and day two of Boot Camp and everything else has been a pleasant plus. I spoke with her prior to day five's all important lesson on Flavor Dynamics which focuses on the five basic tastes - Salty, Sweet, Bitter, Sour and Umami. "I'm really looking forward to this lesson, because I love to combine weird tastes together," she said.

Learning more about American cuisine and culture has been a perk for Janet as well. "I had a lot of basic questions like - what's a gumbo?" Janet laughed. "I would highly encourage others to come from foreign countries to take this class because it's fun, it's a great school, and you get to know a different culture at the same time."

When I asked Janet what her favorite dish that she may not have been familiar with before was, she responded with grilled fish. "We eat a lot of steamed fish at home, but this technique of grilling it was new to me," said Janet. French Onion Soup, hash browns and saffron risotto were also dishes that were new to Janet but that she has mastered during the course. "I was like, what's a hash brown? Learning about the American food is an adventure on its own!" she said.

Janet is also enjoying learning about the "whys" of cooking. "I make sauces, but I don't think about the theory behind it," she said. Learning how to flip an egg in the pan was also a fun technique for Janet! 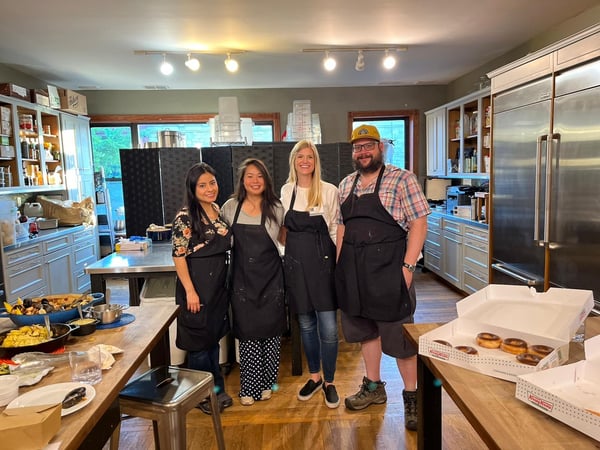 Janet's view on cooking is that it's all about trial and error. "I don't think it's a big deal when I mess up, it's an opportunity to learn something." Our chefs who teach Boot Camp tend to agree. Executive Chef Lisa Counts always says she welcomes the opportunity for a mishap during a cooking class because it's a teaching point for all of the students. 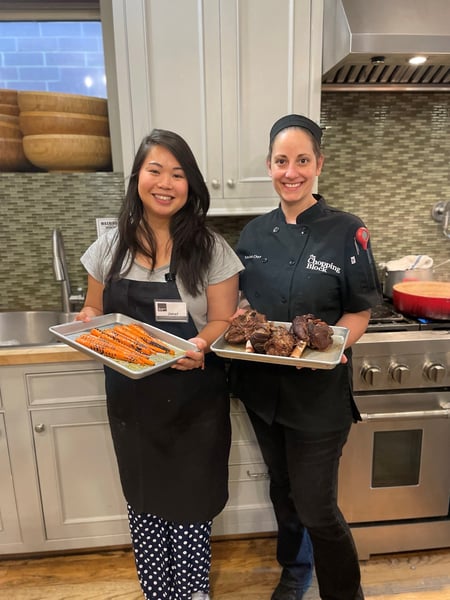 Janet's sabbatical has now come to a close, and she is back home in the Netherlands, where she intends to stay in touch with her classmates, which she described as kind and helpful. "Everyone encouraged each other throughout the class, and it was the best thing in the world. We exchanged numbers so we can at least have a coffee together if someone ever makes it to the Netherlands!" Congrats to Janet and the rest of our Culinary Boot Camp graduates. There are almost 500 of you to date!

Want to learn more about our exclusive 5-day Culinary Boot Camp? Our next session begins in August! Can't spare a whole week? Dip your toes into cooking fundamentals with our 1-day Essential Building Blocks class.

And if you don't live in Chicago, and can't travel to us like Janet, consider our virtual Building Blocks series. These nine classes will give you a solid foundation of cooking, and you don't even have to leave your own kitchen, wherever that may be!