Cook the Book: AKA the best class ever 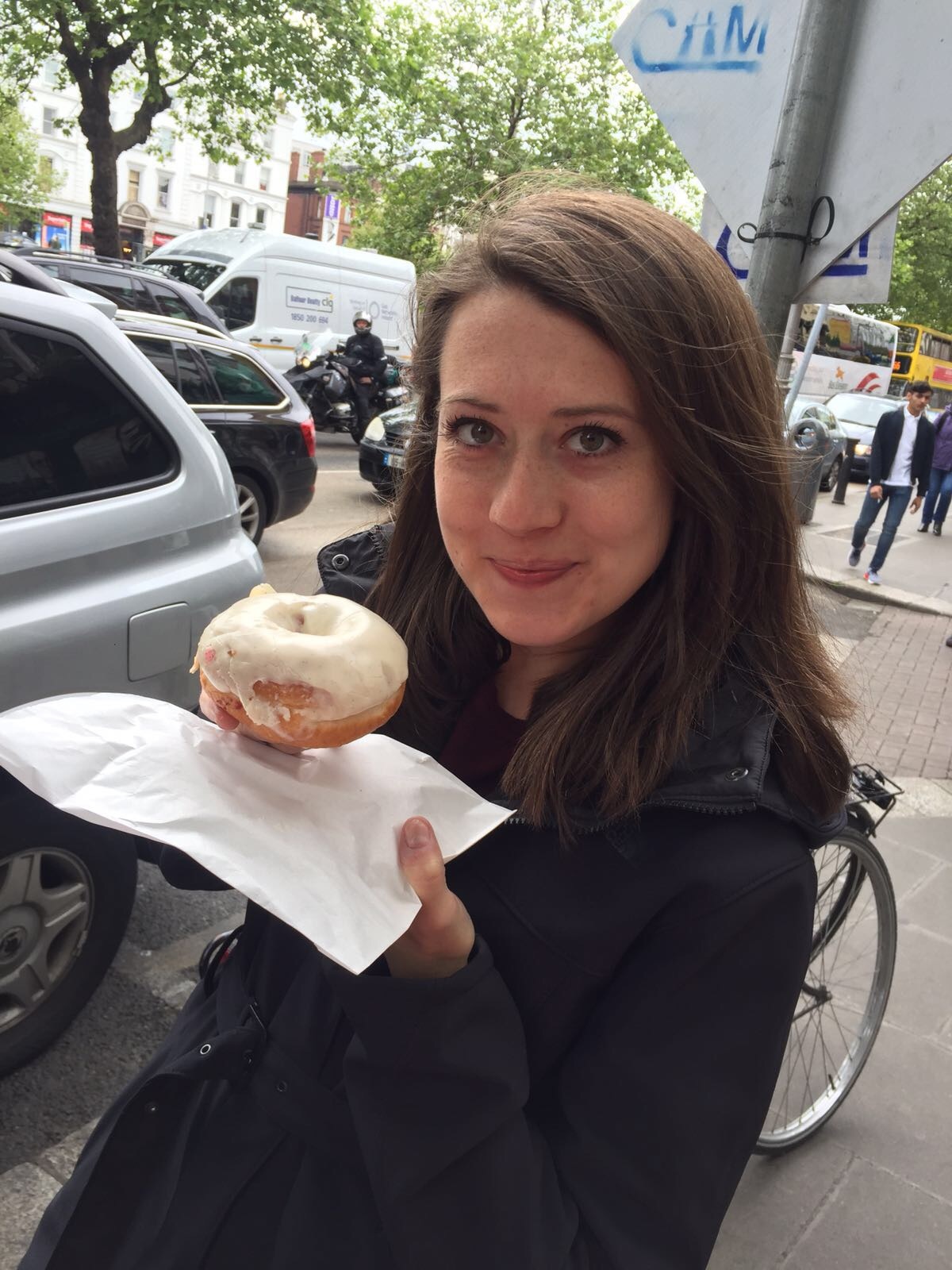 As someone who loves reading almost as much as I love cooking, I wasn’t even halfway through the title of the class before I signed up for the Cook the Book series that The Chopping Block is hosting. After I had registered, I realized that we’d spend the night cooking from one of my all-time favorite chef’s latest cookbook, and I knew I had made exactly the right choice.

Let me back up a bit. I have a lot of cookbooks. Like, so many cookbooks that I have to have an entirely separate bookshelf for them. I have cookbooks like Salt, Fat, Acid, Heat and On Food and Cooking that explain everything you need to know before you even think about cooking. I have cookbooks that are so technical I mostly use them as picture books. I have one cookbook that focuses specifically on pancakes. No, not kidding. A whole cookbook about pancakes.

As you might guess, it’s hard to find the time (and appetite) to give all of these wonderful cookbooks the attention they deserve, even if they’re written by my all-time favorite chef. Enter The Chopping Block. They’ve taken the best and hottest cookbooks and distilled them into a night of learning, cooking, and, of course, eating. The cookbook of the night was Yotam Ottolenghi’s SIMPLE, and I was in heaven. As the owner of several of Ottolenghi’s cookbooks, I know how daunting his delicious recipes can be, and I was excited to have a seasoned chef and team guiding our power team of four through the recipes.

Cooking your way through a cookbook with a chef in front of you is like having the Food Network, Alexa, and a personal grocery shopper collaborate to give you the ultimate food making experience. With a printed recipe in front of us, an experienced chef in front of us, and a kitchen full of every ingredient, tool, and human resource we could ever need, it was easy to recreate the recipes in exactly the way Mr. Ottolenghi intended them to be. 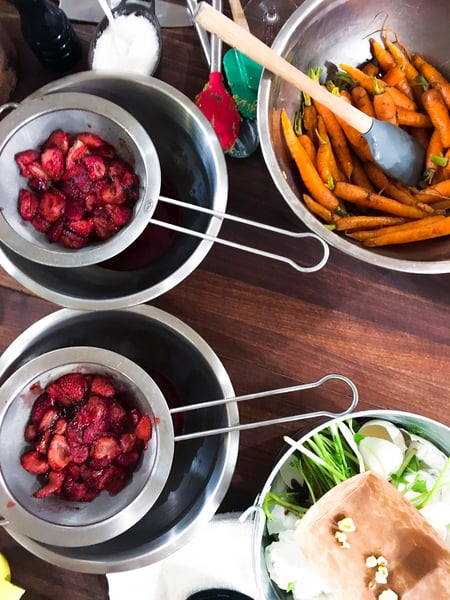 We didn’t have time to cook through the whole book, much to my chagrin (although with fritters like that, did we even need to try?). But the recipes we did make (za’tar fritters, carrot salad, harissa beef sirloin, couscous salad, and roasted strawberry yogurt) were chosen specifically to teach us the technique behind the master.

With the assistance of the always amazing kitchen staff, we learned how to cut herbs to maximize flavor, how to season a piece of meat, how to shop for ingredients essential to Middle Eastern dishes, and more. Now, even when I have a pile of potatoes in front of me, I’ll know how to add seasonings that will highlight their natural flavors without overpowering them. I’ll also know that adding a light dressing of herby yogurt is always a good idea. In fact, I just used some of the principles we learned to make a beautiful, flavorful cauliflower dish.

My favorite thing I learned during our class was the power of sumac. “Wait, sumac? Like the poison?” you ask. “No!” I respond, now totally in the know. “Sumac, like the delightful Middle Eastern seasoning that adds a light, pink-lemonadey flavor to anything!” Before the class, any recipe with sumac listed as an ingredient would have sent me running for the hills. Now, not only have I licked some off of a compostable tasting spoon (!), but I’ve used it to season one of the best desserts I’ve ever had. So there. 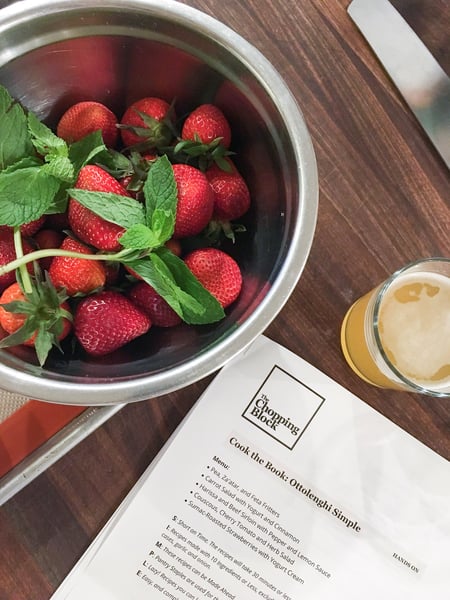 May's Cook the Book class featuring The Complete Indian Instant Pot Cookbook tomorrow is sold out, so sign up now for June's class which features Everyday Dorie from James Beard award-winning Dorie Greenspan. It's offered at the Merchandise Mart on Saturday, June 22 at 10am.