Critical Thinking in the Click-Bait World

As a personal trainer and nutritionist, I am always being asked about my thoughts on the latest nutrition or health article, study, documentary, etc, especially when the claims being made are relatively sweeping, like advising staying away from entire food groups. If you have followed my posts, you’ll find that I suggest a relatively moderate approach to diet, with a general recommendation that there are no “unhealthy” foods, only calorically dense or calorically light foods, and nutrient dense or nutrient empty foods, and that you should aim to get at least 80% of your diet from whole, minimally processed foods. The field of nutrition science agrees with me - I only think this because I have spent years taking courses, reading studies and listening to people who have spent their lives studying nutrition.

What exactly does all that mean though? Surely there are studies suggesting that gluten is harmful? Or that a vegan diet is much healthier than an omnivorous diet? Or that a low carb diet is superior to weight loss to a high carb diet? This post will be the first of several that will delve into understanding how to think critically, especially in the context of health and nutrition claims, regardless of whether they come from a co-worker's suggestion, a Netflix documentary, a newspaper article, or an actual peer reviewed and published journal study. 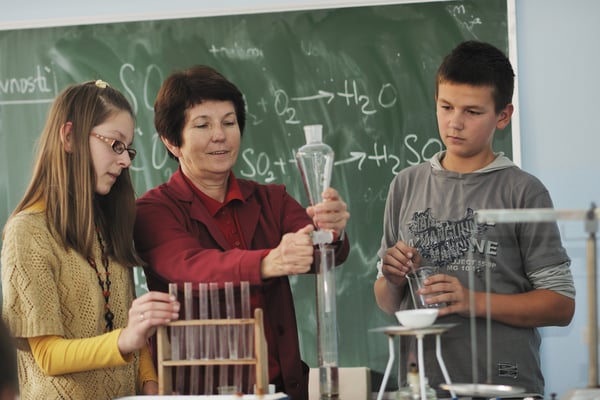 Let's take a moment to discuss what the term science actually means. Science is our systematic way of understanding the world around us - we all were taught the scientific method in grade school, but just to review it, there are 6 steps to it:

The sharing of results of similar experiments over time are what drives science in the broad sense. This is what the term “body of research” or “body of evidence” comes from. The scientific method is a great way to learn about the world around us, but there are a few parts of the scientific method that can be flawed. The big ones would be performing an experiment with a bad study design, and misinterpreting or skewing the data from the study to suggest a certain conclusion.

In addition to potential problems with the studies themselves, we also can run into issues of sharing of research in ways that are either dishonest or entirely different from what the study said.  A great example of this was a study) done several years ago that compared high intensity interval training to steady state low intensity cardio training. You may have read (clickbait) headlines that said “60 seconds of exercise is just as beneficial as 45 minutes” or the like. Google “60 second exercise study” and you'll find page after page of similar headlines.

It's not hard to imagine what happens next. Some people read the headline without even reading the article and start repeating the headline or sharing the article on social media, giving an entirely ignorant point of view.  Others spend the time to read the article and find that it only compared 45 minutes of low intensity cardio with three 20 second rounds of high intensity cardio, interspersed with 2 minute rest periods and a warm up and cool down, so a more accurate headline definitely should have been made, but they assume that they'll still see similar results with the quicker workout. And then a select few of us actually click through several links to find the actual paper, and find that not only was this test done on a mere 27 sedentary men, it only measured changes in insulin sensitivity, muscle cell function and peak oxygen uptake… with no mention of who lost more fat. Examples like this are a huge reason people have issues with understanding health and nutrition. In addition to taking information far out of context, there are several logical fallacies and gaps in the critical thinking process that people run into all the time.

Logical fallacies are reasoning errors that are made either accidentally when making a statement or purposely to deceive someone or sway them.

This is taking what an authority figure state as the absolute truth, without doing any sort of thinking or reasoning. Here is an example: “My trainer told me every person should aim to eat one gram of protein per pound of bodyweight.” This is not necessarily bad advice, but with no reasoning or references to back up my statement, it shouldn’t just be expected to be true because I’m a trainer. In fact, when I take on a new client, during our initial meeting, I explicitly state that not only will I not make an effort to explain the why behind everything we do, I encourage my clients to question things to help them understand training and nutrition more on my level. What if instead the example was, “My trainer said a keto diet is the only way to lose weight”?   Or, “My trainer said barbell squats are the best way to grow my legs and glutes and everyone should do them.”  This is where problems start to arise.

This fallacy involves taking someone’s statement and oversimplifying it, twisting it or taking it out of context to make it sound ridiculous, making it very easy to argue against. “Grant says you can lose weight eating whatever you want, he clearly knows nothing about nutrition.” While the first part of that statement is technically true, it doesn’t give context about eating any foods in moderation to fit your activity level.

This involves painting a picture of only black and white, and not leaving room for nuance. The best examples of this are the vegans claiming that plant-based diets are much healthier than meat-based, low carb diets, and the keto/carnivore diet people saying the exact opposite. There’s a third obvious option here - eat a diet rich in both a variety of plants as well as lean meats and seafood, but oversimplifying an issue makes it easier to attack the opposition. 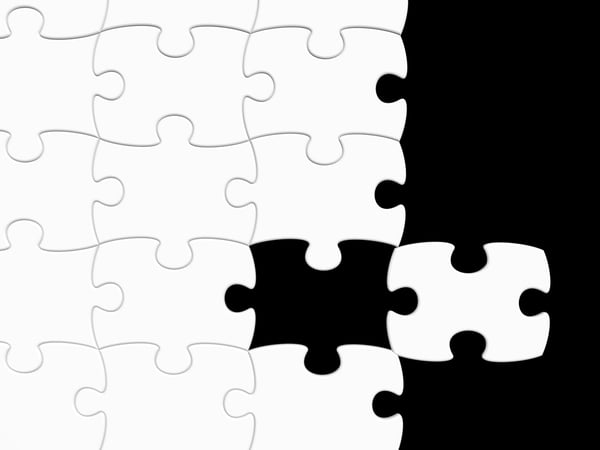 This is better referred to as “correlation does not equal causation,” and is by far the most encountered logical fallacy when it comes to interpreting studies or statements made. Great examples of this are any of the numerous studies that link all sorts of things to cancer. Most of these studies are based on self-report data, and see how many people ate/drank/did X activity and then looked at cancer rates. While correlation can definitely be useful to drive further research, it's a terrible way to prove cause and effect. 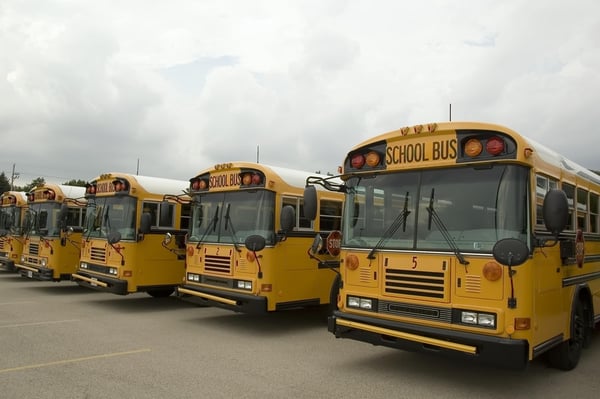 For example, most kids ride the school bus to school. The further you advance in school, the more bus rides you take over your life and the more knowledge you gain. Therefore, saying that, “The more times you ride a school bus, the more intelligent you become,” is an example of a causal fallacy. Recently, processed meat intake has been linked to colon cancer rates via analysis of hundreds of food report studies, but if someone is eating a lot of processed meat, there’s a decent chance that they have a lot of other unhealthy habits too. So stating that processed meat causes an increase in cancer risk is not really a good conclusion to jump to (yet we seem to have jumped). You are isolating only one of many variables in a non-controlled setting, and then making assumptions that the variable you picked is what caused the outcome.  Here is a hilarious website that shows extremely strong correlations of entirely non-related variables to further this point.

Salted herrings used to be used to test hunting dogs to see if they could stay on the trail of an animal without getting distracted by the pungent smell of the fish. This logical fallacy involves distracting someone from the point or statement being made with a seemingly related statement or fact. A great example of this is, “Calorie counting won’t help you lose weight, it’s just too hard to track all the food that you eat.” Sure, tracking food accurately might be a bit more time consuming than, say, eliminating an entire food group from your diet, but that says nothing on its effectiveness. 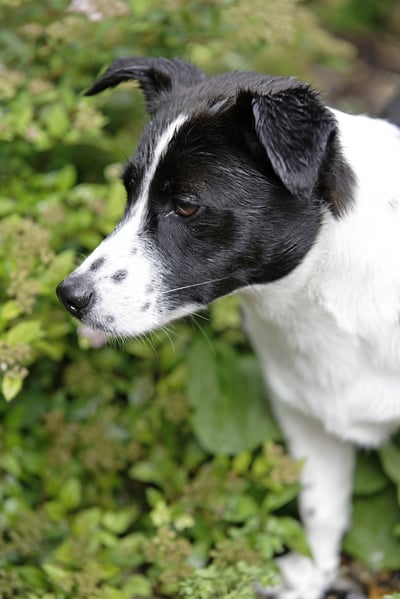 There are dozens of other logical fallacies that you’ll encounter throughout your life, but these are some of the most common ones you’ll see when reading articles on nutrition or discussing it with peers. Several other concepts are worth going into so that you can understand nutrition information better in the future.

Absolute risk describes the likelihood that any given thing might happen. Relative risk describes the change in absolute risk given certain conditions. The “red meat causes cancer” study is a perfect analogy of this. The International Agency for Research on Cancer (IARC) concluded that eating 50 grams of processed meat each day increases your risk for colon cancer by 18%. This does not mean your absolute risk for colon cancer increased by 18%. The absolute risk for someone to get colon cancer is 5%. 18% is the change in the 5 number. We multiply the current risk of 5 percent by 18% (or .18) to get .9. Since the risk increased, we add .9% to 5%, thus your absolute risk of colon cancer went from 5% to 5.9%, assuming that you’re eating 50 gram of processed meat each day, and assuming a causal relationship between the two, not a correlated one, even though that is all we have. Not understanding absolute vs relative risk can clearly massively skew your interpretation of data.  If that 5% absolute risk of colon cancer increased to 23% (which anecdotally is what a ton of people thought when this study came out), it would actually work out to a 460% increase in risk.

This refers to picking out parts of data or individual studies that don’t properly represent a current body of evidence about a topic. There are lots of conflicting studies about most things, but generally if we look at all the current evidence for a given topic, we can get a better idea of what’s true than looking at one. If you imagine a cherry tree full of bright red cherries with a few random orange cherries on it, you would say that it is a red cherry tree. If you climbed the tree and picked off two orange ones and showed them to someone who didn’t have a view of the tree, they would assume that the tree is all orange cherries. This tactic is extremely prominent in documentaries that have certain agendas to push.

Most people have biases; we’re all human. Confirmation bias simply means you only search for evidence to prove your current biases are correct. Given how easy it is to search stuff online and the massive amount of research that’s been done, you’ll probably find almost anything you’re looking to prove. This is a form of cherry picking.

Understanding these concepts will give you a much better lens to view the world through, whether it be concerning nutrition, politics, or current events. This post served to help clear up confusion of data representation. Next month, we’ll go over how actual studies and academic papers themselves can be flawed based on poor experimental design, and also how the authors of a study can draw multiple different conclusions from the same set of data. The final installment of this series will be to analyze a certain Netflix documentary that’s caused a bit of a buzz in the general public, and use the critical thinking skills we’ve gained on the way there to help us interpret it.