Everything You Need to Know about Alsace

It's been over a year since I've done one of these quick wine region guides, and I've been debating what area I wanted to tackle next. Alsace has long been one of my favorite wine producing regions, but for a long time we didn't have any Alsatian wines on our list at The Chopping Block, so I didn't really have a good reason to bring it up. Now, however, I'm excited to announce that we have not one, but two wines from Alsace on our list. 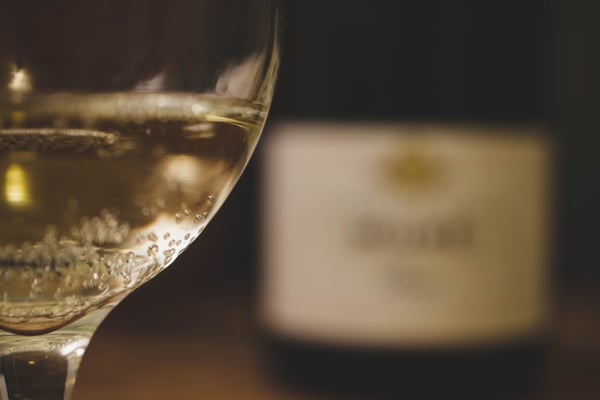 Alsace is a wine-producing region in Northeast France, caught between the Vosges mountains in the West and the Rhine river to the East. Today, it sits right against the modern German border, though in times past it has found itself on both sides of that border, having been annexed, invaded, and subjugated by various civilizations, going back as far as the Romans. Today we can catch a glimpse at the long history of these clashing cultures in Alsatian wine, which seems to be neither French nor German, yet reminiscent of both.

Unlike some other French wine regions (*cough* Bordeaux *cough*), Alsace has embraced the the New World idea of labeling wine by grape, and has developed a strong reputation for single varietal white wines. There are 4 or 5 grapes which have been dubbed the Noble Grapes of Alsace:

The best growing areas are reserved for these grapes, on the slopes of hillsides where they can receive more sunlight to better develop in the region's cool climate.

Grapes are also grown on the flat plains between hills, this is where we are more likely to find Pinot Blanc, Auxerrois, and small amounts of Sylvaner. Some of these grapes will find their way into inexpensive varietal wines, but also local blended and sparkling wines. There is also a small amount of Pinot Noir produced in this area. 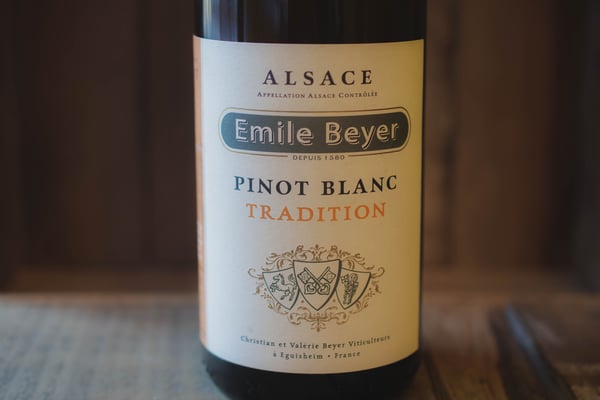 Styles of wine found in Alsace:

Edelzwicker - is the Alsatian labeling term used for white blends. Some producers will also use the term, Gentil. Since the grapes used to produce these wines are grown in the plains, they can be mechanically harvested and are therefore less expensive as they have lower production cost.

Vendange Tardive - This literally means, “Late Harvest,” indicating the grapes used to produce the wine were allowed to hang on the vine past the normal harvest period to give them time to produce more sugar. In some cases, these grapes will undergo passerillage or can be affected by Noble Rot. As the sugar levels are variable, wines produced in this style can be made totally dry or with varying degrees of sweetness.

Sélections de Grains Nobles - A designation reserved for wines produced by grapes that have achieved a higher degree of sweetness than those used in Vendange Tardive. Here the influence of Noble Rot is much more common.

Cremant d'Alsace – Cremant is the French term for Sparkling wines produced in the traditional method. Each major wine producing region has its own style of sparkling, but here in Alsace the climate is cool enough, as it is in Champagne, to produce some truly remarkable wines.

It's a good time to be a fan of Alsatian wines at The Chopping Block as like I said we're currently carrying two wines from the region. Emile Beyer Pinot Blanc is a fairly new arrival on our shelves, but has become a favorite among some of the staff. This wine is frequently paired with our Asian menus, including Sushi Workshop. 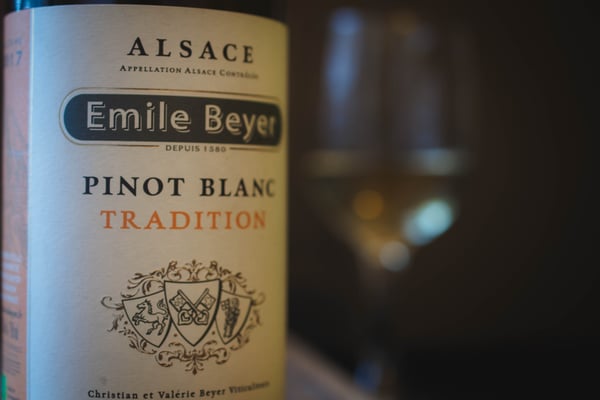 Even more recently, we've begun carrying Mure Cremant d'Alsace Brut. This was added to the list to give our guests an option for sparkling that was somewhere between Prosecco and Champagne. This is, hands down, one of my favorite styles of wine. I'm not exaggerating when I say I look for it every time I walk into a wine shop. Now that we're carrying it again, I won't have to go so far to find a bottle. 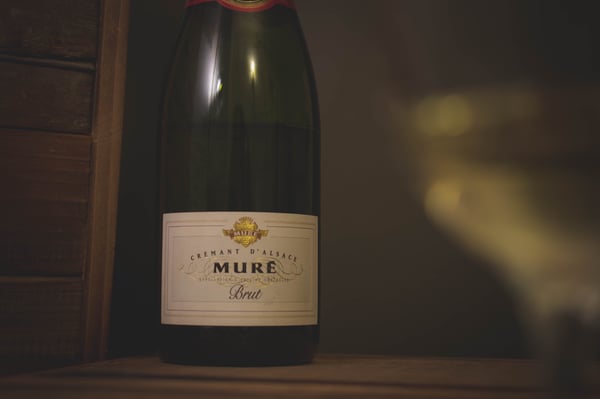 If you want to learn more about French wine or the impact of war on French winemaking, check out Sommelier Christophe Bakunas' War and Wine: Grand Cru of Wine Classes on our current class calendar.