From Pie Student to Pie Philanthropist

Cece Coffey had attempted to make a decent pie for years, but it was always a crap-shoot. Sometimes her pies would come out beautifully and other times, they wouldn't but she had no idea why. So, she enrolled in The Chopping Block's Pie and Tart Boot Camp more than five years ago. She had no clue this class would literally change her life one day.

Chef Melissa Novak taught the class how to make:

Cece says she learned about the different tools needed to successfully bake at home, as well as how to practice pie making at home. "I learned it's just flour and water. If it doesn't work, don't be afraid to pitch it, and try again. It isn't an impossible task. It's doable, and you just have to keep working at it," said Cece. Another big takeaway from the class was Melissa's advice to go home and try making a pie right away. She told the students not to wait until six weeks after your class, or you'll forget everything you learned.

After her class, Cece became known as the pie maker in her circle of friends and family. She baked pies for birthdays, holidays and events. Then two years ago, she retired from being a school principal after 16 years. After six months of cleaning out her closets and purging her house, she knew she needed to do more in her retirement. She knew she wanted to work in the non-profit world, but she wanted the freedom to do what she wanted. She immediately thought of her love of pie, so she looked into starting a business and investigated commercial kitchen space, which can unfortunately be very expensive in Chicago. However, she got the support of a local church who would rent their kitchen to her at an affordable rate. She was lucky to get some free legal and accounting advice from friends and created a website and Facebook page. In April 2017, A Piece of the Pie was born. 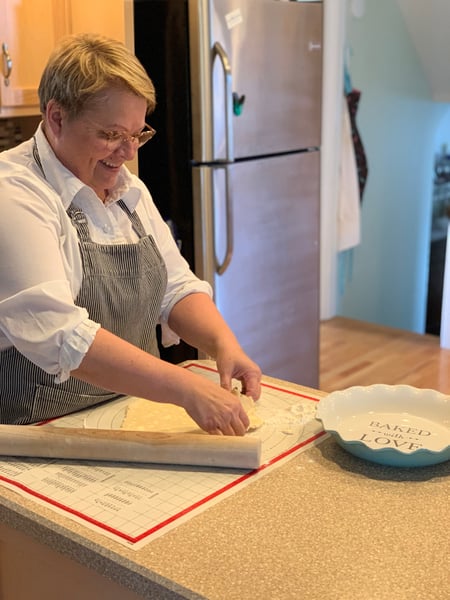 Each month, Cece chooses a pie flavor, bakes 25 pies, sells those pies to her Homewood/Flossmore community and donates the proceeds to charity. Sometimes there are two flavors a month because she's dedicated to using seasonal fruit. For instance, she featured a Triple Crown Pie Chocolate Bourbon Pecan Pie at the beginning of May for the Kentucky Derby. 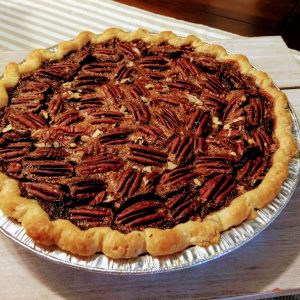 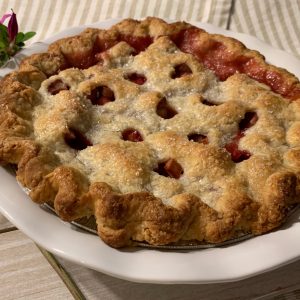 Quick sellouts aren't uncommon for Cece. At the very beginning of her venture, she sold out within two days. Just one year later, she can sell out as quickly as 15 minutes and never longer than three hours. Cece credits her connection to the community for her pies' popularity as well as the charitable giving aspect. "People like the idea that they are doing some good by buying a pie. Almost all of my donations are small, local charities and that's intentional. I want it to be more personal. If I’m donating $800 to the American Cancer Society, it would just be a drop in the bucket, but if I donate to my local community center to fund summer camp scholarships, I know I'm making a significant personal difference in a very specific way. Plus, you get a pie! That's something special and not a treat you have every day," said Cece.

After baking pies for a while, Cece realized she missed teaching in her life so she naturally added some pie-making classes to her repertoire. She will occasionally host pie-making classes for charitable organizations like The Night Ministry where she taught pregnant teens and new moms how to make pie. She also now hosts one to two public classes a month. The goal is to fund all of her operating costs from these classes which allows her to donate almost all of the $25 per pie to charity. "There's been enough support and interest that it's really allows me to offset some of the other costs to allow me to donate more," said Cece.

With 15 classes at The Chopping Block under her belt, Cece says she has never been disappointed. "I tell everyone about The Chopping Block. If you want to have a good time, get lots of information from incredibly knowledgeable chefs and really change how you cook, The Chopping Block is the place to go," said Cece. She attended our Holiday Cookie Exchange last year and even though she has been baking for years, she says she still walked away with tips on how to do things even better. 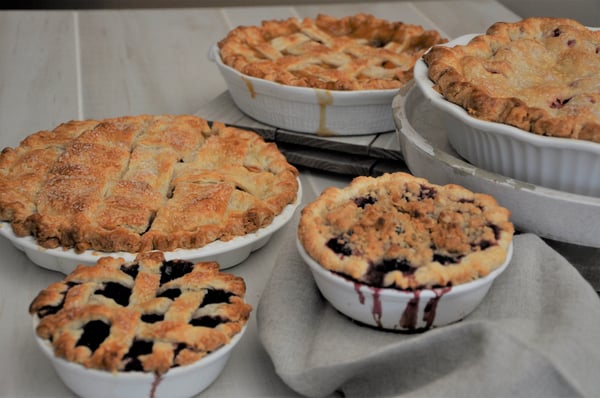 Cece is lucky enough to be able to feed her teaching skills, her baking passion and even her love for writing with A Piece of the Pie. To get the latest news on pie flavors and sales, follow her Facebook page.

Our Pie and Tart Boot Camp has been revamped since Cece took it, so if you want to find your pie passion, join us for this class coming up in August. June's is already sold out so don't miss your chance for a slice of the good life!