I’m a true ‘Chicago culinary foodie geek’ and my husband Mark is a true ‘Chicago history buff geek,’ so sometimes our conversations result in amazing and interesting treasure hunts. We recently decided to ‘meat up’ (pun intended) and explore some of Chicago’s fresh gourmet butcher shops.

A century ago, both Chicago and New York enjoyed the fame and recognition as premier locations to enjoy what many people said were “the best steaks around.” Legendary celebrities, mobsters, politicians and nationally-renowned food critics continued that reputation throughout the years. That reputation was mainly due to the fact that both cities had world-famous meat packing districts that made this honorary (and somewhat cool) designation possible.

But it was really those Old World immigrants who were the true artisans of fresh, quality butchered meat that could be aged or smoked—and you could order the exact cuts that you wanted with less fat and scraps. The butcher was considered a true craftsman! When this process left the local butcher shops and moved into the slaughter houses, it was no longer crafted or personalized. The meat packing plants were often nasty, unsanitized locations that shipped the same identical looking cuts of meat to every grocer by the truckloads. With the freezing processes that came later, all of the true butcher quality went away.

I’m sure that when you shop at your favorite grocery store or market, most of the meat is already wrapped in cellophane, and you don’t know how long it has been sitting there in that display case. But the recipes that we teach at The Chopping Block are prepared with the highest quality cuts and portions. So where do you find the ‘hidden gems’ of Chicago’s butcher scene - where you can purchase and enjoy fresh quality meat and seafood that’s cut or filleted to your request right in front of you? This question comes up a lot during our cooking classes.

My first stop in search of the best and freshest butchered meat was on Chicago's Northside at Holzkopf’s Meat Market at 6155 N. Broadway Street, in the historic Bryn Mawr district.

This place was full of surprises and even had something for the kosher crowd. I was so glad to find a shop that has roots and history in Chicago!

Mark had an enjoyable conversation with the owner Mark Holzkopf, and this friendly down-to-earth artisan butcher gave my husband his secret recipe for grilling flank steak. He explained it’s the best cut because it’s taken from a portion that’s really tender and has less fat.

They only stock Amish-raised whole chickens and poultry with no GMO’s. This butcher shop was so clean that you could eat off the floor!

My next stop was the Chicago French Market in downtown Chicago.

This is a European–style indoor market that specializes in fresh food, gourmet desserts, baked goods, and butcher quality meats all held under one roof with a French flare! The owner actually monitors the entire location from France by surveillance camera technology—to insure the most quality service.  The butcher shop has the most amazing and freshest presentation and they will actually blacken, braise, grill, or sear your choice cuts on the spot for a deliciously prepared lunch! 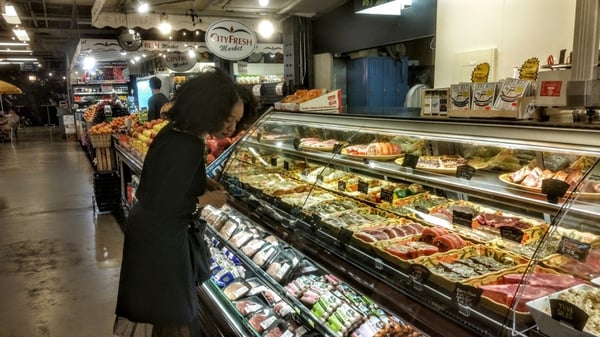 My last two stops are in the Chicago neighborhood of Lincoln Square, which is known as a trendy foodie area with some of the best bistros, cafes, brew pubs and restaurants. This is also where you'll find one of The Chopping Block's locations and our Meat 101 cooking classes to learn the best techniques for meat selection and preparation.

I took a little trip inside Paulina Meat Market at 3501 N. Lincoln Avenue. 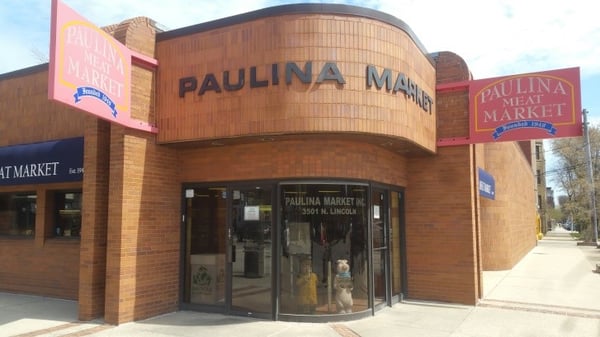 It was so delightfully clean and organized—you almost forgot that you were in a butcher shop. Many of the butchers here have some culinary training as well and they stock a full grocery on location, so they love to educate you on meal planning ideas centered around your favorite meats. Lean, flavorful and seasoned is their specialty with exotic sausages like goat, lamb and rabbit! 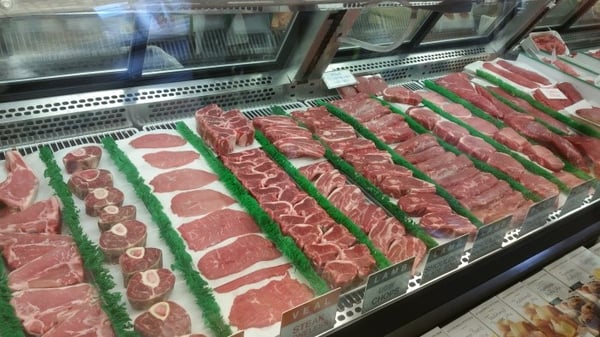 Gene's Sausage Shop at 4750 N. Lincoln Avenue is an “old school’ butcher shop and meat emporium, done up with a modern flare. 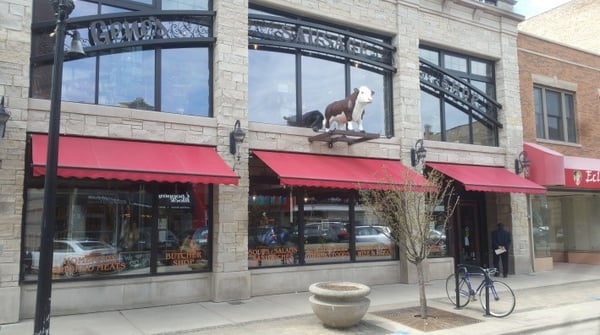 This place is huge with every cut of meat and spice imaginable, along with a professional ‘meat smoker room’ right on the premises—and conveniently located right across the street from The Chopping Block Lincoln Square. 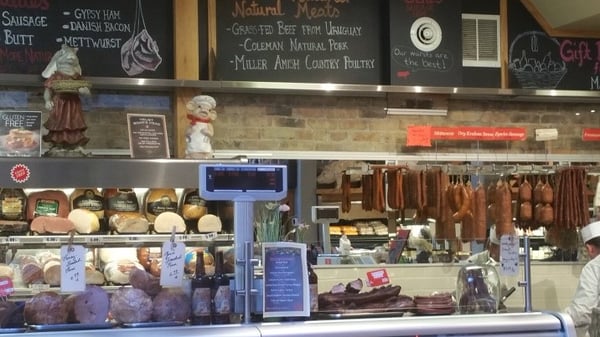 All of these butchers support local clean farmers, and not slaughter houses. They do things the right way—and the healthiest way. So if you are a foodie, picky about your cuts of meat and want the best and most delicious meat available, go visit the growing new surge of artisan butcher shops in Chicago. You won’t be disappointed!

For a day-long intensive experience in the world of meat and poultry butchery, check out our new Culinary Boot Camp a la carte class coming up in May.