My Chicago Style Deep Dish is More “Chicago” Than Yours

My move to Chicago wasn't easy. It took me three months to find a job and about six before I had my own apartment. I wouldn't have been able to get by here without having some wonderful friends. Recently, a couple of them decided to leave the city to seek their fortunes in Minneapolis, so as a going away present I tried to make the most “Chicago” dinner I could.

To truly make this the most “Chicago” experience, I really needed to dig into the terroir of Chicago. What do we have here that a person in Minneapolis couldn't get their hands on? As I thought about it, I remembered my first night in the city and my friend introducing me to a local ritual involving an infamous Swedish liquor. The answer was obvious: I needed to cook a meal with Malört.

Using that as my starting point, I looked for the most symbolic foods of Chicago: Vienna Beef, Giardiniera Peppers, Malört, and Old Style, to form the components of the perfect Chicago-Style Deep Dish.

Genius kitchen had a recipe for beer pizza dough and I know from previous experience that Malört can work in a tomato sauce (don't ask). The rest fell together like a standard pizza, and it was a great way to send a good friend off into the land of poorly stocked liquor stores.

A pinch of salt

1 can of crushed tomatoes

A shot of Malört 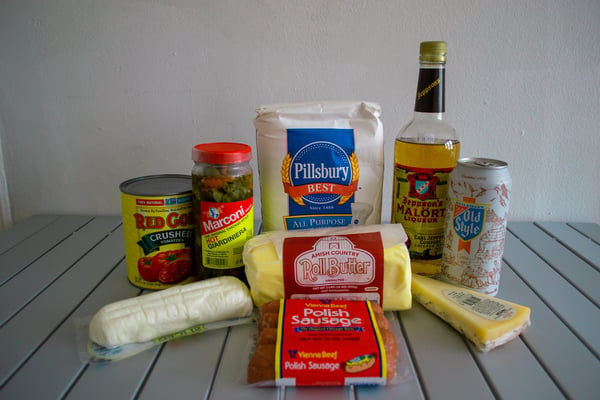 3 Cups of Flour (I used bleached AP flour, because that's what I had) 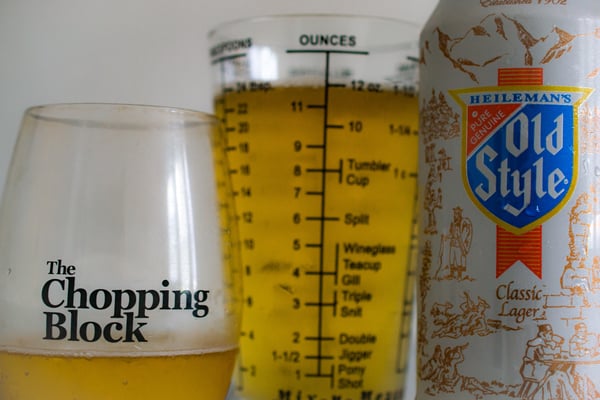 A shot of Malört 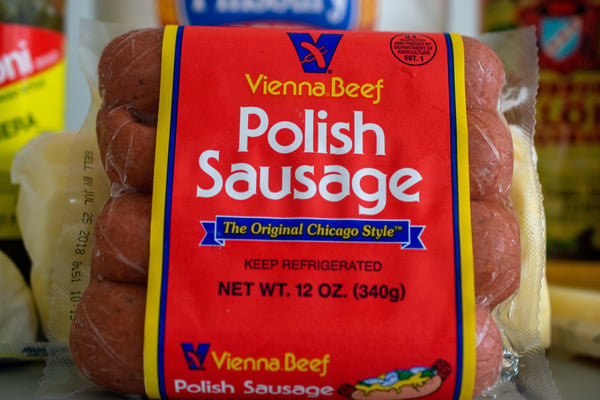 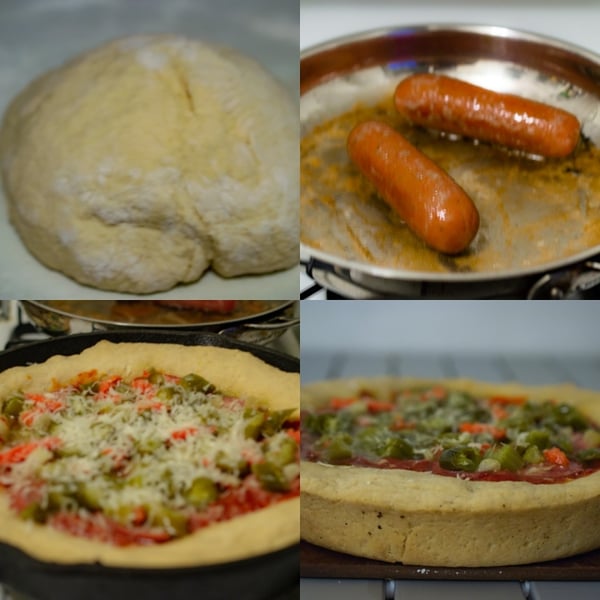 If you don't like Malört, don't panic! The Chopping Block has several classes for people who like their pizza without wormwood liquors (such as Pizza on the Grill), so check the calendar for more details.