Nothing Butter than Chicken

Growing up in Northeast Pennsylvania, I was surrounded by an abundance of delicious and authentic Italian food. I also grew up in an Italian family where if it wasn’t pasta for dinner then there was always some type of bread to go with our meal. This was great but being pigeonholed into a cuisine limited my ability to understand and experience new foods that were commonplace elsewhere in the world. As I grew older and visited more places, there was one cuisine that always piqued my interest because it always seemed so unique and methodically crafted in comparison to what I was used to.

This cuisine I’m talking about is Indian cuisine!

Indian food is so flavorful, diverse and colorful through the use of dozens of spices and cooking techniques. It's also a cuisine that can make your head spin the first time you walk into an authentic Indian restaurant and try to understand what is in each dish. Taking culinary influences from countless other cuisines such as Chinese, Persian, Mongolian and more, Indian cuisine took what was good from each and adapted it to the region where slow cooking was commonplace.

But what makes Indian cuisine so special and distinct is its use of spices. Translated to English, the word “Masala”; which is commonly used as a name in many Indian dishes, really just means spice blend, and that’s truly what the cuisine is known for. Every dish has a unique mixture of a dozen or more spices that can go into it to create a medley of flavors that aren’t visible at first glance. There are countless spices but the most essential spices you’ll typically find in a Masala Dabba Spice Box in a Indian household are: 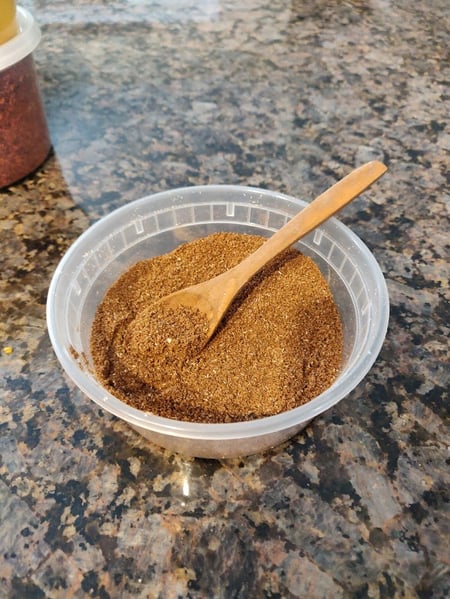 My go-to dish when ordering from an Indian restaurant is buttered chicken with biryani rice (rice made with cumin, cinnamon, and a few other spices) and garlic naan. The reason for this is because, in my mind, buttered chicken strikes the perfect balance between approachable yet authentic flavors.

First introduced in the 1950s, a restaurant named Moti Mahal experimented with an already existing dish called tandoori chicken. What they wanted to figure out was a way to make the otherwise dry chicken meat moist. To do this they started out by using the tandoori chicken in a simple yogurt-based tomato sauce and found much success resulting in what we know today as Tikki Masala. Off the heels of this success, they pushed forward and found that adding butter, a few other spices, and cooking the chicken in a pan and reserving it took the dish to a whole new level of flavor and moisture. Thus, buttered chicken was created and quickly grew to become one of the most popular dishes served in India and is found in some form in almost every Indian city today.

This dish is actually very simple to make and will keep you coming back for more because it gets better and better the longer it sits. First, you want to start out with your chicken, any type will do, but I prefer to use chicken thighs because they have a good amount of fat and tend to be more forgiving to overcooking. If you want to maximize flavor, I would recommend cutting it into small cubes (1-2 inches) and marinating them in garam masala seasoned yogurt for 12-24 hours. 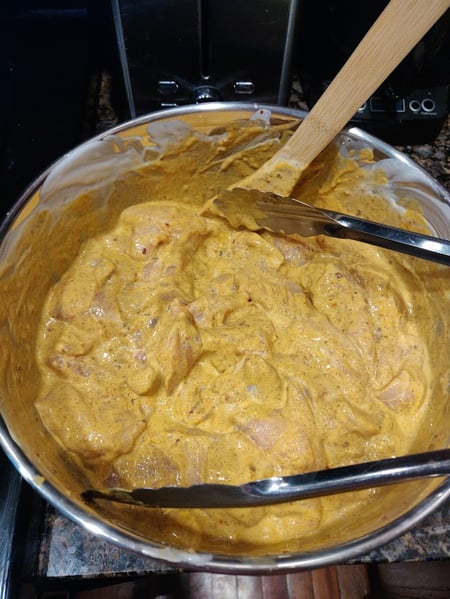 Once you have marinated your chicken, simply get a nice deep pot (such as a Le Creuset French oven) and sear off the chicken. Avoid overcrowding the pot because you will not get nice browning to occur on the chicken, so cook in multiple batches. 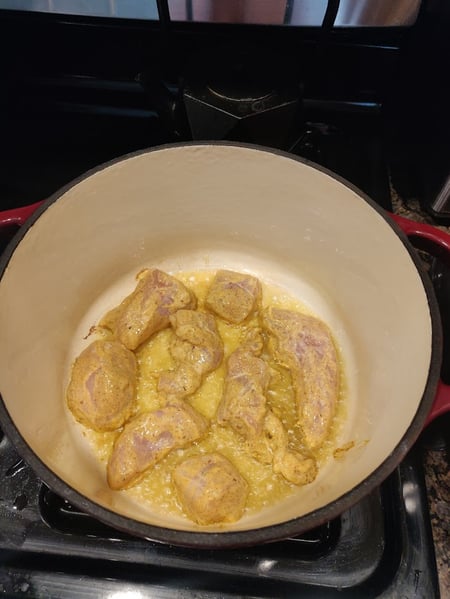 After searing, remove the chicken from the pan and reserve it on the side for later use. 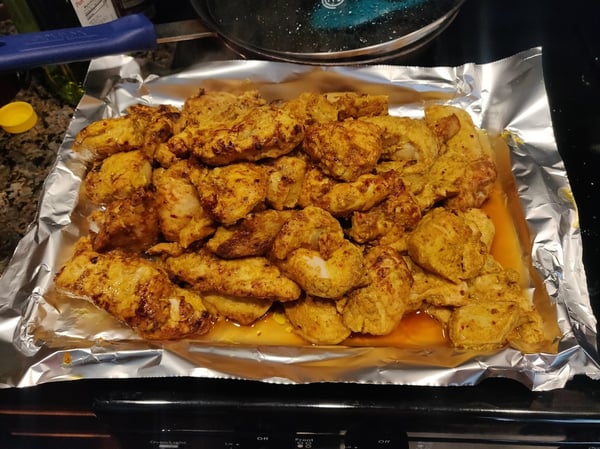 To make the sauce, start by cooking some onion until slightly caramelized, and then add in garlic, ginger and other spices. 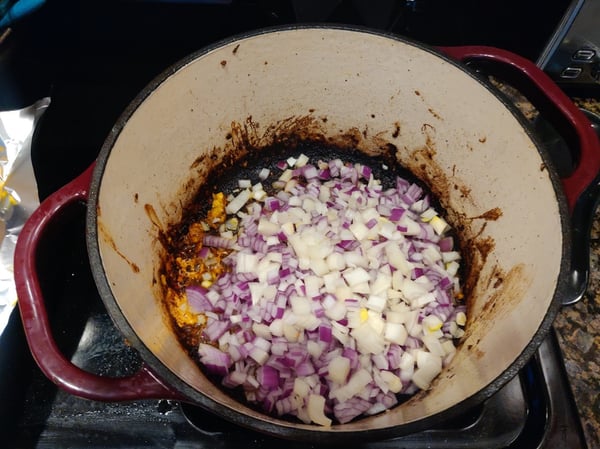 After about one minute, you’ll start to smell those spices, and you'll know it's time to add in the crushed tomatoes. It may seem like you need more liquid at this point but avoid adding any more, trust me here. 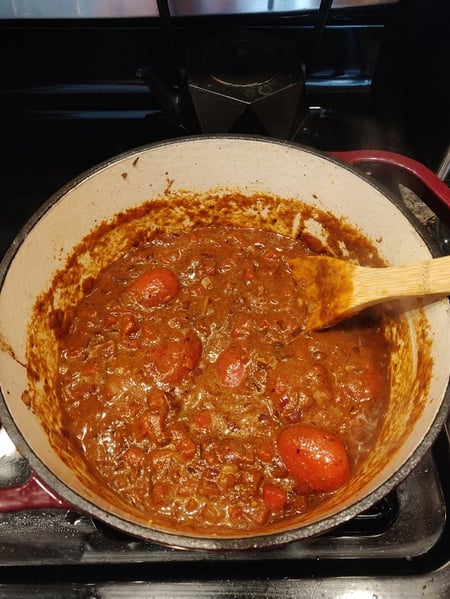 Cook this mixture for about 10 minutes and then transfer it to a blender. If the mixture doesn’t spin in the blender, add a small amount of cream or water will it starts moving. 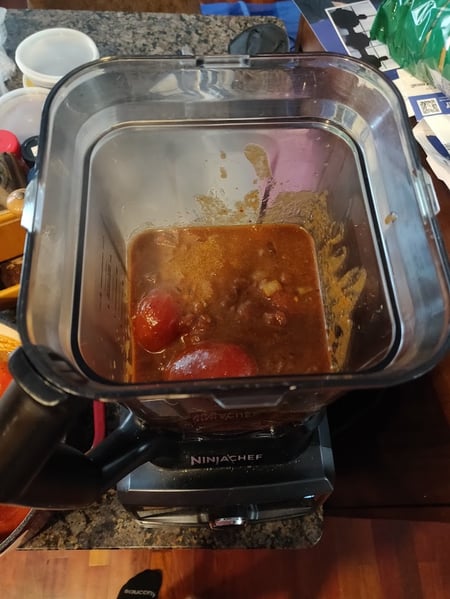 Once blended, return to the pot and finished with fenugreek seeds and more cream. Return cooked chicken to pot and simmer for about 8-10 minutes, or until the chicken is fully cooked. 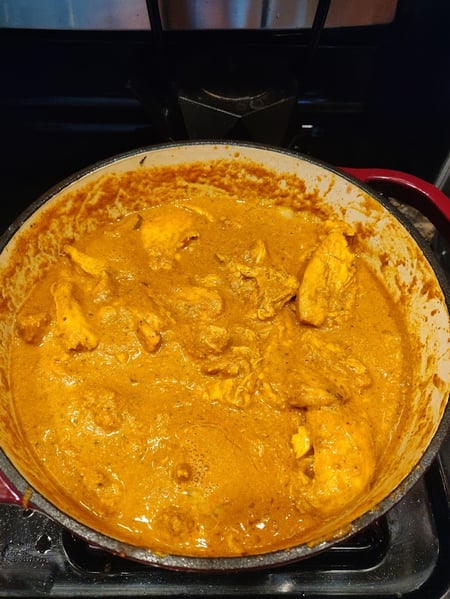 As simple as that, you now have a feast for a whole family that only took 40-50 minutes to make. As mentioned above, I’d recommend pairing this with a nice portion of spiced rice (plain works just as well) and a nice warm bread (flatbread works great if you don’t have naan or roti). Garnish all this with a little cilantro and you’ll be having everyone come back for seconds. 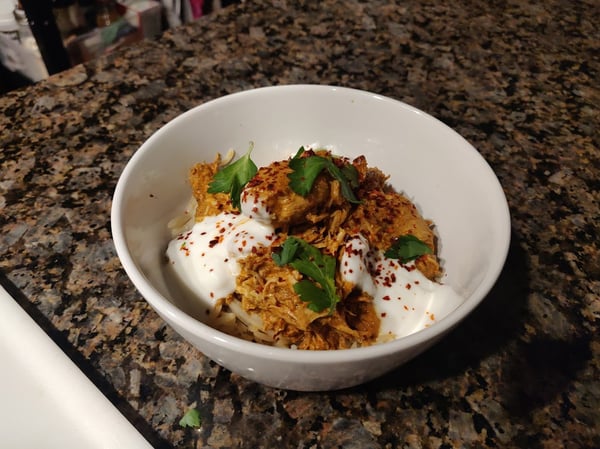 If you would like to expose your kids to global cuisines like Indian cuisine early in life, check out our Teen Boot Camp 2: International Adventure happening July 18th-22nd from 9am-3pm each day at Lincoln Square. We also have a second session coming up in August.

And for the adults, you can learn a popular Indian sauce Raita which is made with cucumber and yogurt in our upcoming virtual Cool Summer Sauces class on Saturday, July 23 at 2pm CST.