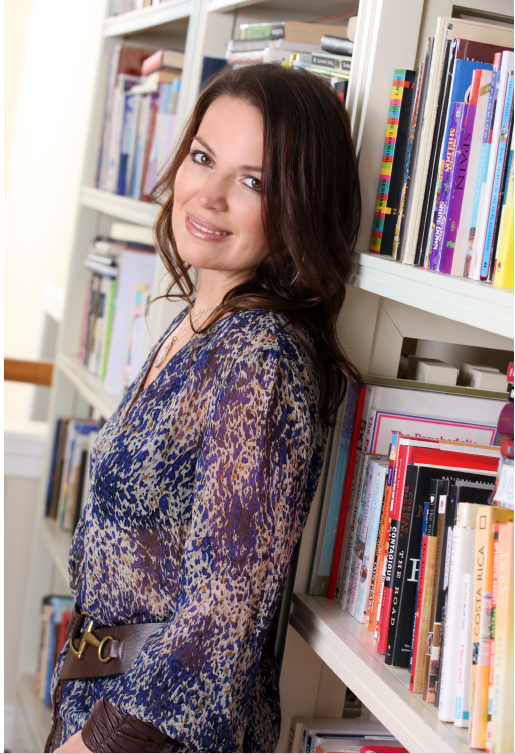 I was ten years old when I tasted Kefir for the very first time. My parents and I had immigrated to America as refugees from the former Soviet Union nine years earlier, in 1976, when I was just a baby and they had nothing in their pockets but $116 and an American dream. They worked feverishly to build our life here, but they still felt one thing missing: Kefir. The cool, tart and tangy probiotic drink so beloved by Eastern Europeans had yet to make its way overseas.

Fast-forward nearly a decade to 1985, when my family, which now included ten-year-old me and my younger brother, Eddie, lived in a townhouse on Carol Street in the Chicago suburbs. Our basement had morphed into an edible laboratory, filled with jars and funnels, single-burner stoves and pots of bubbling fermented milk. My dad disappeared down there, spending hours a day tinkering with ingredients until the recipe was perfected. Eddie and I became official testers, and from the instant that tart, cool kefir hit my lips, it was love at first taste. In May of 1986, Lifeway Foods was incorporated; two years later, it became the first US company ever to be taken public by a Soviet immigrant.

Kefir is derived from the Turkish word "keif" meaning "feeling good." While most of us drink it straight from the bottle or use it in smoothies, it’s also an amazing ingredient that adds depth, complexity and nutritional benefits to dishes. One cup of Lifeway Kefir contains twelve strains of live and active cultures – meaning a dozen different types of living organisms were used during fermentation to convert milk into Kefir. While Kefir is similar in texture to a drinkable yogurt, brimming with protein, calcium, and vitamin D, its high probiotic count is what separates this magical elixir from yogurt.

With Kefir being such an important symbol of perseverance in my life and in the lives of others, I felt the need to preserve our stories while showcasing the versatility of this ancient superfood. In a way, this book is so much more than an anthology of delicious recipes. The Kefir Cookbook is truly a book of stories, history, and passion. 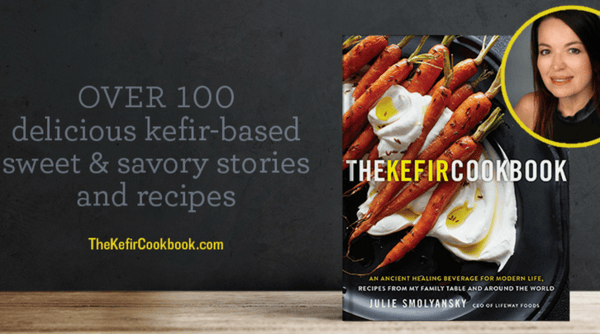 Writing and publishing this book has been a labor of love, and it’s filled with delicious family-favorite recipes, inspirational stories, and tales of wanderlust. I even curated a Spotify playlist that’s the ideal accompaniment for cooking up a special recipe. I have so many other recipes and stories to share beyond the traditional Russian dinner table. In The Kefir Cookbook, I take you to the beginning, when my family escaped the former Soviet Union, bringing with us the love of kefir, a staple from our homeland, and the dream of introducing it to an American audience. Using kefir and treasured recipes, I weave together a story of survival, resilience, and triumph — and the path to making kefir and gut health mainstream. 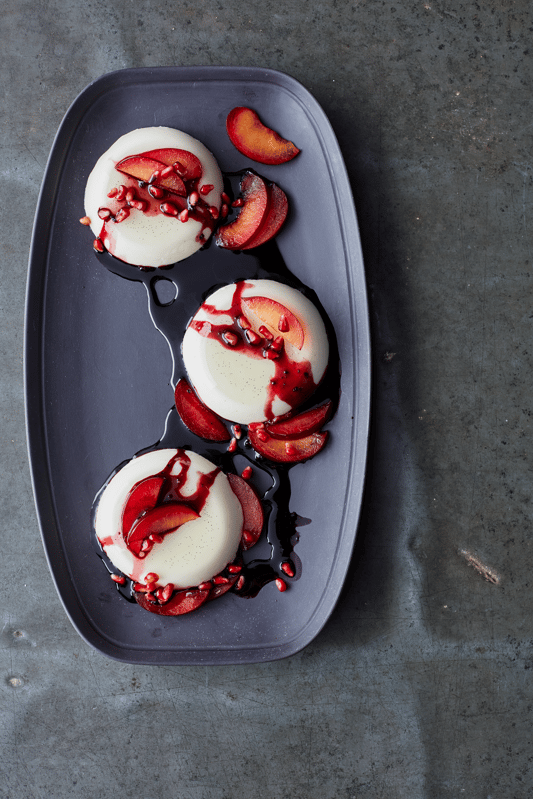 Music and food make the world a better, more colorful, more delicious place. When Pearl Jam released their first album, Ten, I was an ambitious flannel-wearing, espresso-drinking high school junior, full of raw teenage emotion, confusion, and angst. Eddie Vedder’s lyrics of fierce honesty and social commentary validated all that I was feeling and thinking. Pearl Jam’s music became both a mirror and a coming-of-age soundtrack.

I’ve since seen them in concert more than forty-five times, and I always leave feeling intoxicated with passion, analyzing the set list and replaying my favorite parts in my head. Eddie starts every show by walking onstage with a bottle of red wine and a notebook. During one such concert, he passed his bottle of red into the front row as he sang the chorus of “Crazy Mary,” encouraging the crowd to drink up and pass the bottle down. The glossy, rich red wine sauce spooned over a silken panna cotta, reminds me of that night. The alcohol cooks out of the sauce, so be sure to pour yourself a glass of your favorite red with it. Then be sure to pass it around.

Submerge the gelatin in an ice bath for 10 minutes, then drain well. In a small saucepan, bring the cream to a light simmer over medium heat. Add the drained gelatin to the pan with the cream (still over heat) and whisk in the sugar. Cook for 2 minutes until the sugar is fully dissolved. In a bowl, combine the Kefir and labneh, then add the warm cream mixture to the bowl and combine until fully incorporated. Pour this mixture into eight 6-ounce ramekins or custard molds. Allow it to set in the refrigerator overnight.

For the Red Wine Syrup:

Pour the bottle of wine into a small, heavy-bottomed pot and add the honey and black pepper. Cook the wine until all the alcohol is gone and it is reduced to a thick syrup (about ½ cup). Pour the syrup through a fine-mesh sieve into a bowl to remove the pepper. Refrigerate the syrup until you are ready to garnish the panna cotta.

Remove the panna cotta from the refrigerator 15 minutes before serving. Fill a bowl with hot tap water and dip each panna cotta mold into the water, then turn out onto individual plates. Garnish with sliced peaches and pomegranate seeds (arils) and drizzle with the red wine syrup.

Join me at The Chopping Block Lincoln Square on Wednesday, April 25 at 7pm for a special Cooking with Kefir demonstration class. I'll share family stories and demonstrate more recipes from the book, including:

Each guest will go home with a copy of the cookbook so that you can incorporate the probiotic into your daily cooking. I look forward to sharing the wonders of Kefir with you! If you can't make it to the class, you can order your copy of #TheKefirCookbook online today.