Earlier this month, my family and I traveled to New Haven, Connecticut to visit my brother, sister-in-law and nephew. For the most part we stayed in New Haven, because we had a lot of work and research to do involving eating as much pizza as possible. If you have ever been to New Haven and had the pleasure of going to the iconic Frank Pepe’s, Sally’s or Modern, then you know what I’m talking about. I’ll save all of the juicy details of our pizza-eating extravaganza for another blog, but I’m proud to say I have a new bullet point to add to my resume: “First in line at Sally’s Apizza.”

One of our excursions out east involved a day trip to Rhode Island. It was lunchtime when we rolled into the town of Tiverton, so we pulled into the beautifully situated Evelyn’s Drive-In, known as the “venerable clam shack in the marina”. The restaurant, which is right on the Nannaquaket Pond, emitted hypnotizing smells of fresh seafood being cooked to order. After eating the best cup of Rhode Island chowder I have ever had and trying clam cakes for the first time (which were mind blowing), I thought this would be the highlight of the day, but it wasn’t even close. 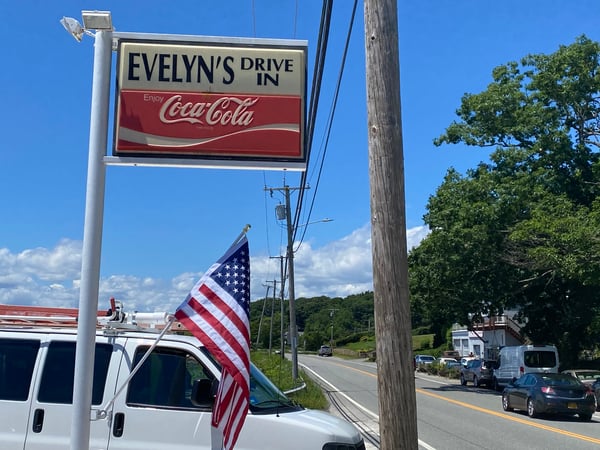 The next stop would prove to not only be one of the highlights of the whole trip, but provide inspiration for a new and refreshing summery cocktail recipe. My brother and sister-in-law, Adam and Brenda, have made many trips to RI, so in addition to being our tour guides, they were privy to a very secluded and private part of the coast dubbed “Secret Beach” by them because it’s difficult to find unless you’re in the know. We continued to drive south through Little Compton and found ourselves at the absolute most southern tip of the peninsula called Sakonnet Point. It’s hard to describe the beauty in words, but the combination of the crashing waves, the lighthouse just off the coast, the salty smell of the sea and rocky bird sanctuaries a stone’s throw away over the water all played a big part of the unparalleled beauty of this magical landscape. 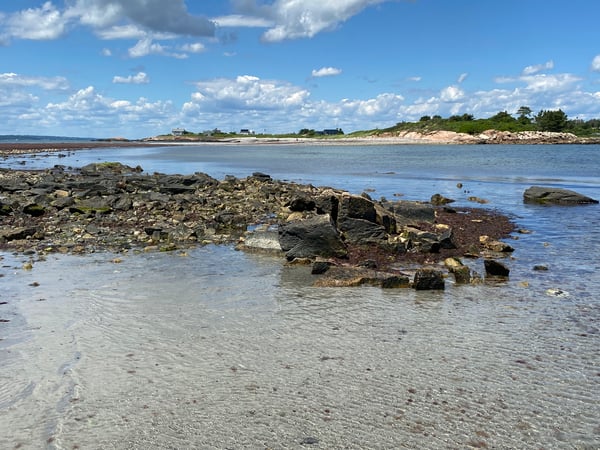 Because Secret Beach was such an influential part of our trip and because drinking cocktails is fun and delicious, my sister-in-law and I created a killer new cocktail to celebrate our adventures, and named it, appropriately enough… Secret Beach. 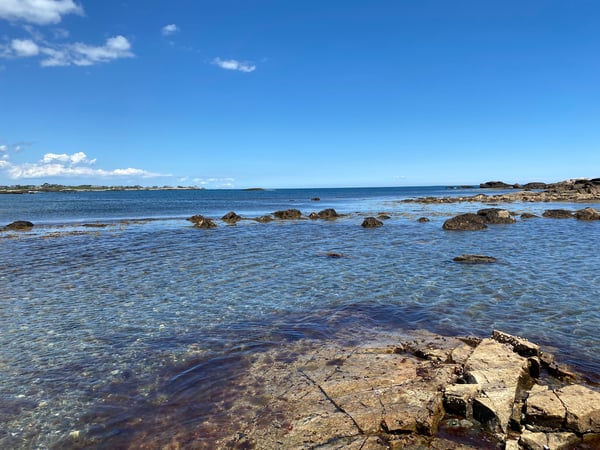 The first step in making the Secret Beach, is to prepare a basil-infused simple syrup. Simple syrup is simple to make (no pun intended!) and can be customized to your liking. In its most basic form, it’s one part granulated sugar to one part water. Combine the two in a saucepan and set over medium-high heat. As soon as it comes up to a boil and the sugar has dissolved, remove it from the heat and allow to cool. For our version, we added fresh basil leaves to the hot syrup and allow them to steep for 30 minutes, but you can add any herbs you like such as mint, lavender, rosemary or thyme. You can also add any fruit or citrus of your choice, extracts, and spices. Once the syrup has been infused, strain it through a fine sieve into a mason jar or any other container of your choice and allow it to cool in the fridge. Once in the fridge, it will last for several months.

Brenda and Adam take their cocktails seriously and keep their home bar very well stocked with a lot of interesting liqueurs, so we had many great options to choose from during the R&D phase of the process. We wanted to keep the ingredients harmonious and summery, so we landed on a gin-based cocktail with the addition of a fennel liqueur, the basil simple syrup and lime juice. We measured together all of the ingredients in a shaker, added ice and shook vigorously until the outside of the shaker was frosty. We strained the Secret Beach into coupe glasses, garnished with a thinly sliced lime wheel, and were in heaven! 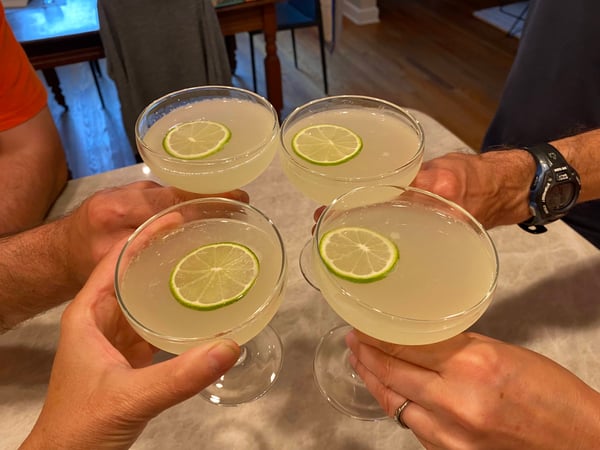 Start to finish: 1 hour, 15 minutes (includes chilling of the syrup)

For the basil syrup: 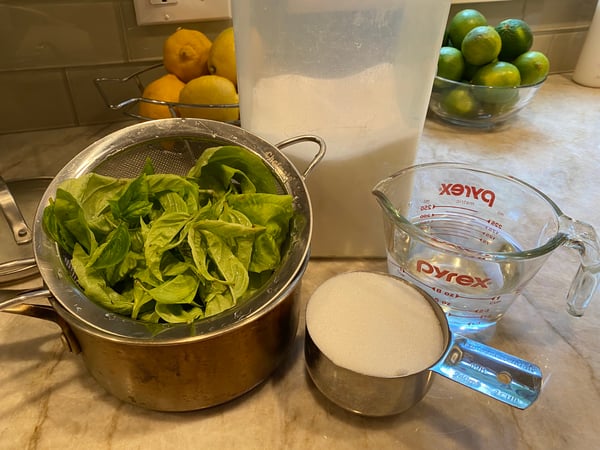 1. To make the simple syrup, measure together the sugar and water in a saucepan. Set over medium-high heat and bring to a boil, stirring a few times in order to dissolve the sugar. Remove from the heat, add the basil leaves and allow to steep for 30 minutes. 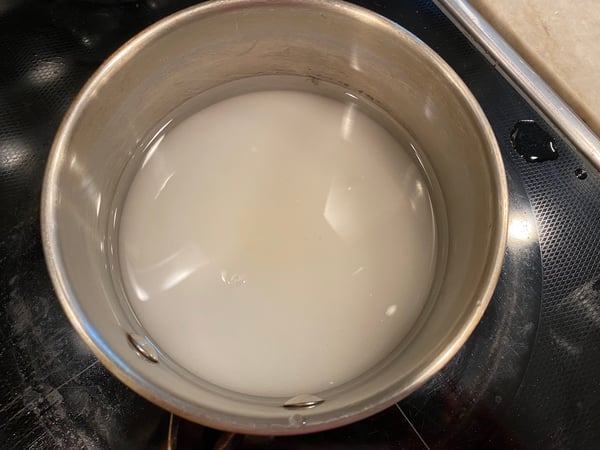 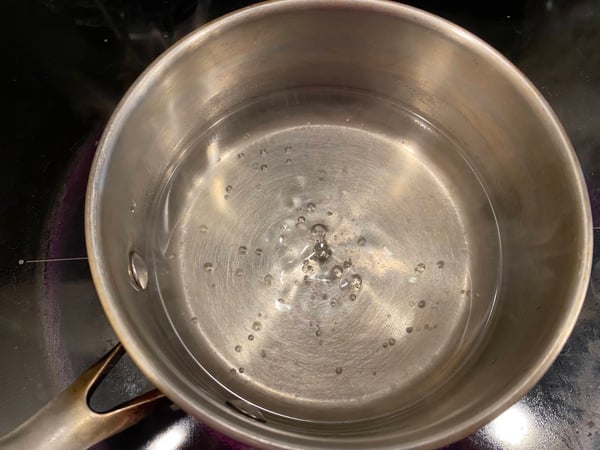 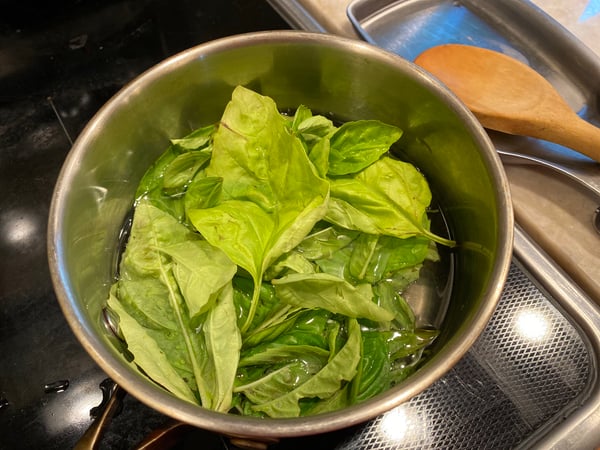 2. Strain the syrup through a fine sieve, pressing the leaves with a spoon, into a mason jar or any other container of your choice, and refrigerate until cold. 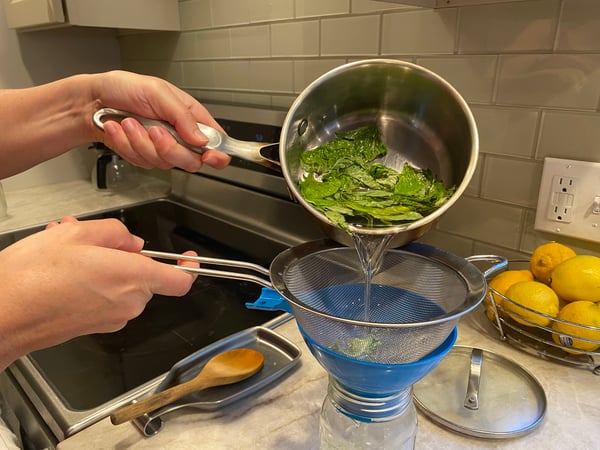 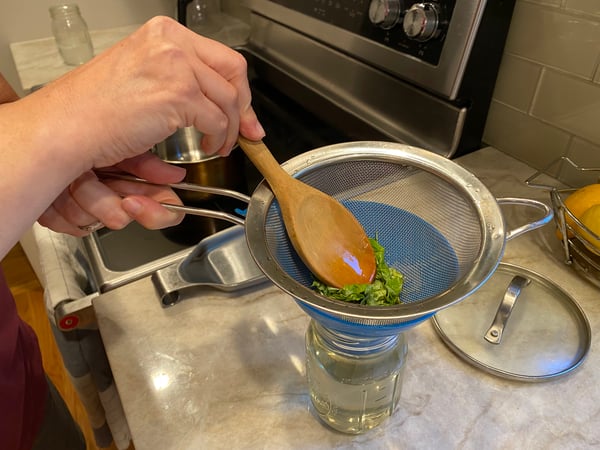 3. To prepare the cocktail, measure together the gin, fennel liqueur, lime juice and basil simple syrup in a shaker. Add ice, and shake vigorously until frosty. Strain into a coupe glass and garnish with a lime wheel. 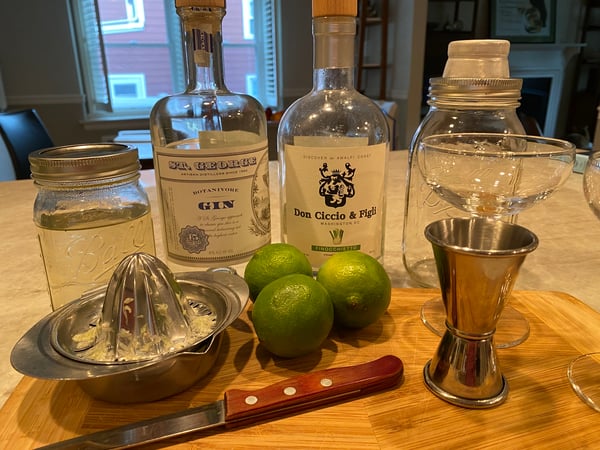 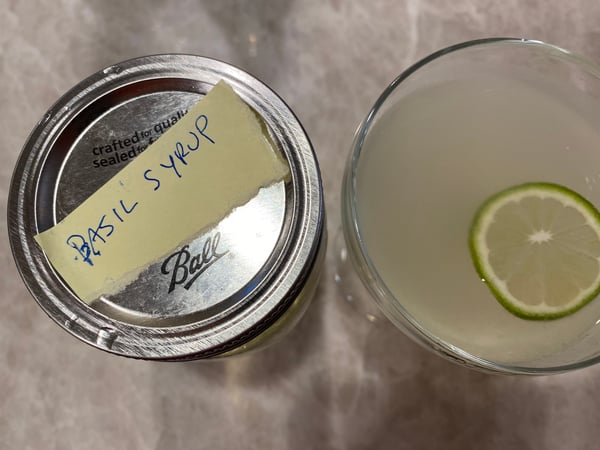 If you love the idea of making a summery cocktail, but don’t have all of the ingredients on hand or just want to keep things simple, try a creative tonic that only requires two ingredients... the liqueur and the tonic water served on ice. We have all heard of a gin and tonic, but have fun and mix up by subbing out the gin and replacing it with a different liqueur of your choice. Try a ginger-infused gin, a blood orange or cranberry-infused gin or vodka, or even a cucumber-infused gin or vodka. It puts a fun new spin on an old classic, and is very easy to assemble.

Looking to brush up your cocktail-making skills and learn some new recipes? You don’t want to miss taking a class with our Spirits Expert Christophe Bakunas. Sign up for: