What I’ve Learned from TCB Chefs

I’m no chef. I’m a pretty good cook, mostly due to the influence of my career in eating and drinking. Like most people, I have some sure-fire recipes for everyday and a few showstoppers. My Coq au Vin (chicken braised in wine) gets raves, but the secret isn’t the cook, it’s the ‘vin’. So, when I signed on as Sommelier to The Chopping Block, I was excited to take cooking classes and up my skills in the kitchen.

To date, I’ve taken one virtual and three in-person classes, including two Boot Camps. “It’s as much about learning how things work as learning a recipe,” explained TCB owner Chef Shelley Young in a virtual Indian Curry class.

Here are a few things that I’ve learned:

If You’re Lookin’, It Ain’t Cookin’

Patience isn’t my strong suit, including in the kitchen. I poke, press and prod ingredients, even though I know it adds to cooking time and releases juices, making for dry, unevenly cooked dishes. So, I’m practicing these tips, learned especially in Seafood Cookery. 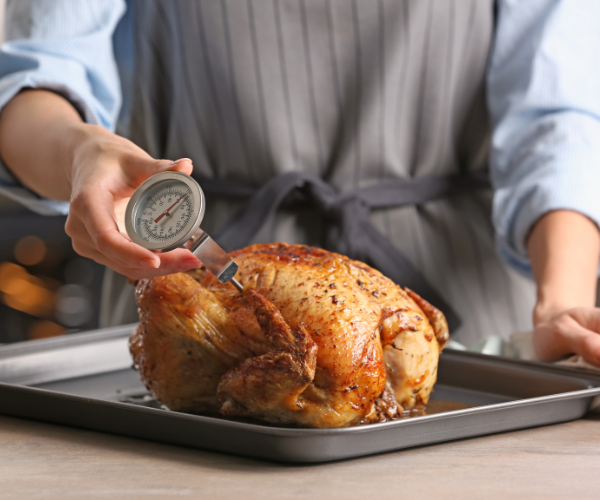 A Falling Knife Has No Handle

Everyone tries to catch a falling knife. Once.

It never fails. My skillet is screaming hot, saucepans are simmering and proteins are room-temped. But now, where’s that pepper?! Did I forget to pick up the tarragon? When did this tomato get so mushy?! Of course, when the cooking is completed, I find the pepper, tarragon and fresh tomato, but in the heat of the moment (pardon the pun), I panic. It may be boring, but slicing, dicing, measuring and managing all the details of preparation before cooking begins – called mise en place or “everything in place” - guarantees less stress and more successful cooking. 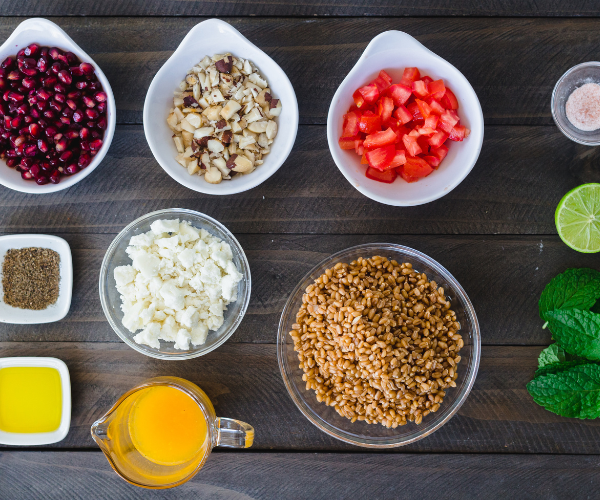 Your first seasoning is salt. Salting during prep concentrates flavors by pulling water from ingredients. In a finished dish, salt stimulates the taste buds, amplifying flavors. As the saying goes, “Salt doesn’t make food taste salty; it makes food taste like itself.” So, salt all ingredients before, during and after preparation, tasting as you go. Remember though, that all salt doesn’t come from a shaker. Factor in seasoning from capers, soy sauce, cured meats and other salty ingredients. Remember also that flavors concentrate as liquid evaporates during cooking. 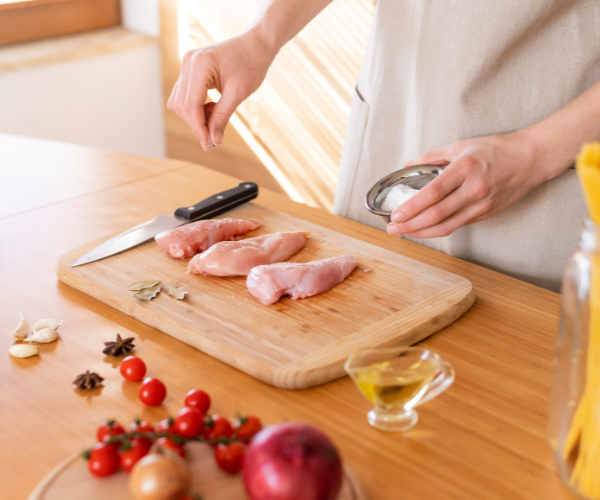 Crispy salmon skin and crunchy meat fat are little luxuries that most people enjoy. But if your protein is damp, it steams instead of searing in the pan. For juicy, crispy and golden instead of dry, tough and grey, pat your proteins dry before cooking. 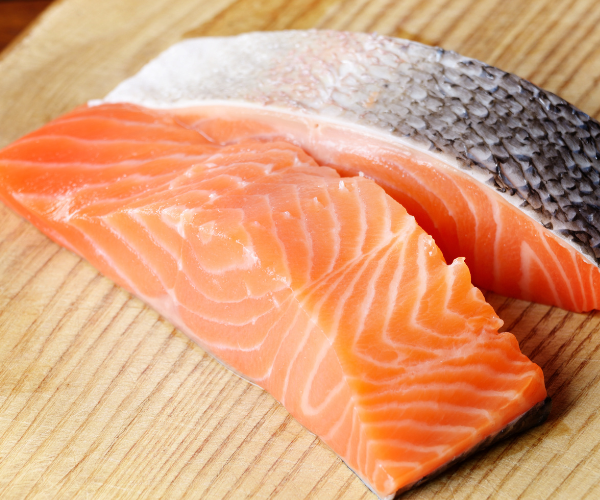 When I grew up, we had a restaurant quality, 8-burner stove, with operations amounting to degrees of On and Off. Recently, I purchased a new stove with dials, digital displays and beepers but no explanation how it all worked.

I was especially flummoxed by the large, multi-ring burner in the prime right-front spot. In my virtual class with Chef Shelley, she saw my confusion and explained: the multi-ring burner creates intense heat for quick searing and boiling. Then, it can be turned way down to the small central flame for low, slow simmering, without having to move the pan. That little piece of advice made me love my new stove. I’m even going to suggest a class in how to use a home stove for restaurant-quality cooking!

If you’re thinking of signing up for a TCB cooking class, do it! You’ll go home with new recipes, maybe some leftovers, and plenty of insight into how cooking works.