What's So Great about Malbec?

I had never even heard of Malbec when I started working at The Chopping Block, but I could tell that whatever it was, people sure seemed to like it. In fact, as I've learned more, it strikes me as strange no one comes into the store asking for a Syrah, Grenache, or Merlot, but frequently I'm asked if we carry Malbec. So what is this wine called Malbec and why do people care so much?

Although it is commonly referred to as Malbec today, this red wine grape has gone by many names over the years, which can make tracking its history difficult. The earliest reference we're aware of comes from mid-to-late 18th century France, where it was referred to as Noir de Pressac. Despite this, further references from around the same time are more likely to refer to the grape as Cot or Cor or other names that are understood to be contractions of Cahors, implying that it was from Cahors, not Bordeaux, where the grape originated. At the same time, “Malbeck” was yet another name the grape was known by, in reference to a person cultivating the grape in the Bordeaux region. Malbec, it seems, has emerged as victor in this war of monikers, though it's still possible to find “Cot” listed on bottles from Cahors.

In Bordeaux, it gained popularity due to its ability to add color and body to blends, and while it is still one of the few grapes allowed in Bordeaux blends it's not common. Plantings in that region declined after a harsh frost in 1956  and were replanted with its half sibling, Merlot, which is regarded as easier to manage. Malbec remains popular in Cahors, where it must comprise at least 70% of any wine bearing that region's AOC. 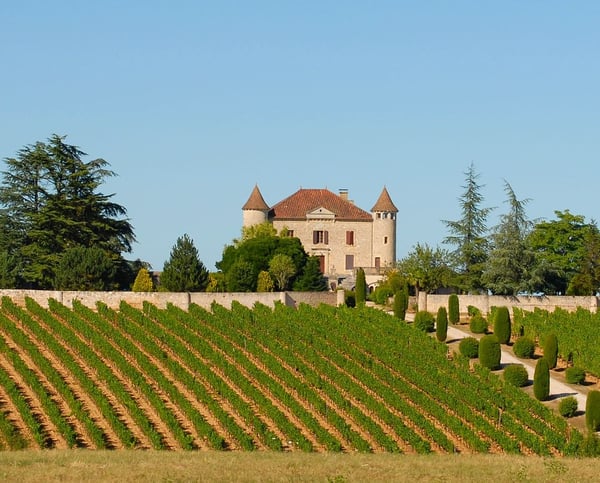 In 1868 Malbec, along with several other French cultivars, was introduced to Argentina from France at the request of Domingo Sarmiento, Argentina's 7th president. Like in France, Malbec in Argentina was initially popular due to its ability to add deep color to blends. However, as the country moved away from bulk wine production and began focusing on creating premium wine, Malbec quickly emerged as the top contender. Today, Argentina produces more Malbec than any other country, with more than 50,000 acres planted. To put that in perspective, France remains a top producer at a distant second with just over 15,000 acres under vine.

So, who produces the best Malbec? I've only had a few Malbec wines before writing this blog, and never one from outside Argentina, so I went to a local wine merchant to pick up a bottle of Cahors  to pit against TCB's favorite in-house varietal wine. 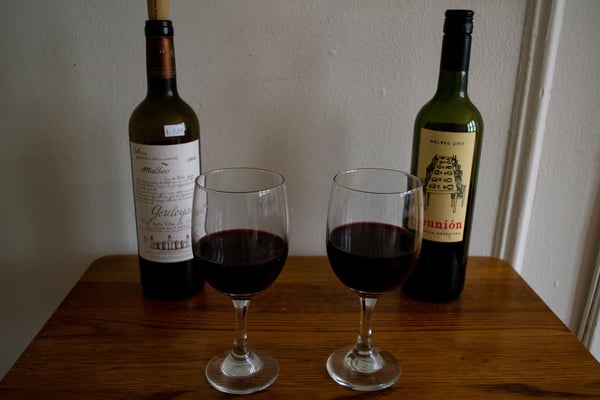 Both wines were medium-bodied with bright fruit flavors, earthy notes, nice complexity, and a long finish. The Cahors wine (which, it turns out, was a blend a blend of 85% Malbec and 15% Merlot) was smoother, more acidic and tasted like black cherry. Compared to our Argentine Malbec, which was a more aggressive wine with red fruit flavors, like cranberry and raspberry, and stronger tannic finish. Make no mistake, I enjoyed both wines, but the differences and similarities were striking. 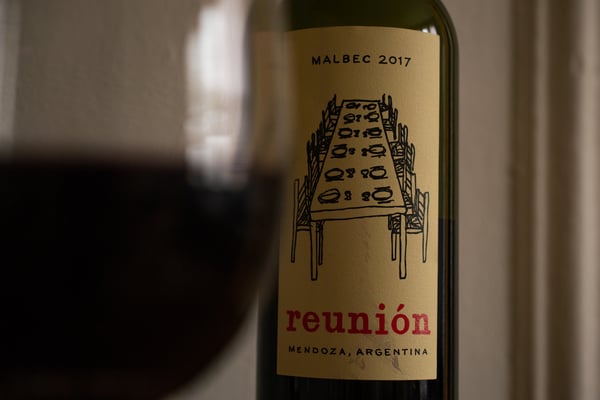 Today (April 17th) is World Malbec Day, set aside to commemorate the day Domingo Sarmiento made it his mission to transform Argentina's wine industry. If you're planning to celebrate, stop by the store to get a tasting of and save 10% on either of our Malbec based wines. If you have other plans, not to worry, we always have plenty of wine classes available if you want to learn more about Argentina or wine in general. Also, the return of our grilling classes means Argentine Grill is back on the calendar and still has seats available both this month and next.