4 Nutrition Hacks in the Kitchen 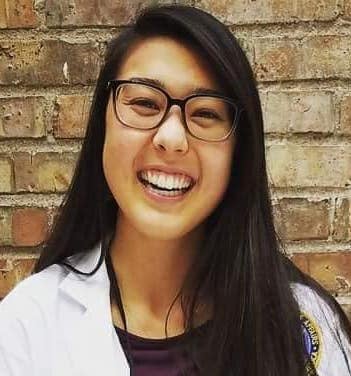 We all know food itself is the basic ingredient (pun intended) of nutrition, but did you know that what you do in the kitchen can scientifically impact the nutrition of your foods as well?

Take two million years ago when humans first threw a piece of food into the flames of a fire: that simple act of altering our food led to a surge in human brain size as we learned to cook our foods to metabolize different nutrients better (mind literally blown). While throwing a steak at a fire isn’t going to turn you into Albert Einstein (although maybe it’d be a trendy TikTok video), the way we cook and handle food can be pretty powerful in directly altering the nutrition of our food and our health.

Here are four hacks in the kitchen backed by nutrition science that may just blow your mind:

Allicin is a compound formed when the cell walls of garlic are ruptured (when you chop or crush garlic) and enzymes are released and help create compounds such as allicin. Allicin, and its subsequent organosulfur compounds that are created when it itself breaks down, are most likely responsible for the antioxidant, anticancer, anti-atherosclertoic, and antimicrobial properties that garlic is known for.

However, if you crush garlic and immediately throw it into an oven (say with some carrots or potatoes to roast), the enzyme that creates allicin can be destroyed by heat and therefore, you won’t get as much allicin or its protective effects. So, the next time you need some garlic, chop or crush it, then let it sit for 10 minutes to do its thing before cooking. 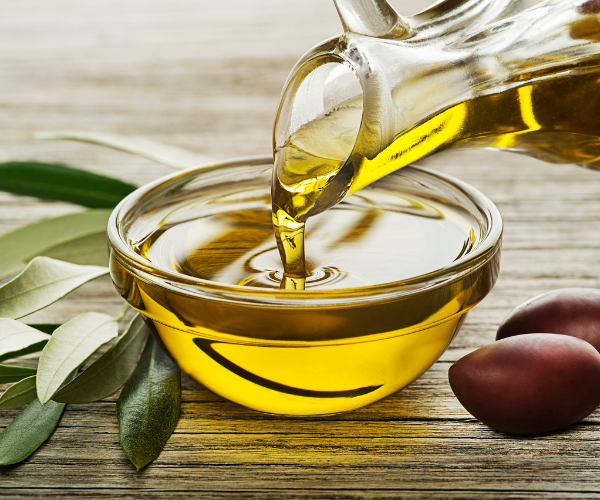 Olive oil itself is a nutritional powerhouse, with a high amount of antioxidants and monounsaturated fats that decrease harmful LDL-cholesterol while simultaneously increasing protective HDL-cholesterol and lowering blood pressure. While there is debate on whether it’s a good oil to cook with over high heat, most reliable sources note that olive oil degrades and becomes rancid more quickly when exposed to oxygen, light and heat. Different types of olive oil also mean different smoke points or capabilities with cooking, (check out the blog post “Use the Right Oil for the Job” for more details), but it’s a safe bet to store your olive oils out of the path of direct heat or sunlight and in glass, sealed containers to keep it at its best for longer. 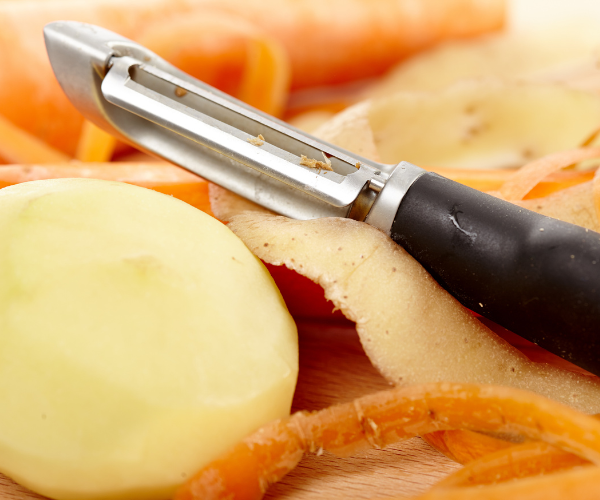 Let’s be real: we all have eaten dirt, and while I don’t endorse eating handfuls of it (i.e. toxic contaminants, chemicals, etc.), throwing away the peel of fruits and vegetables simply because they touched dirt is throwing away a lot of extra nutrition. Some studies have found that an apple with its peel provides up to 332% more vitamin K and 115% more vitamin C than an apple without.

Even scarred or blemished produce have been shown to have higher antioxidant levels compared to unblemished produce, most likely as a result of having to “gear up” for battle against environmental stress. So, make sure to wash and scrub your produce with clean water before using (this can get rid of 98% of surface bacteria), but maybe try to keep the peel on sometimes or buy some “ugly” produce and embrace those beautiful imperfections.

Cooking can either make nutrients more bioavailable (aka more easily absorbed and digested) or can destroy them. The type of cooking method (wet methods such as poaching or boiling vs. dry methods such as grilling or roasting) and the intensity and length of time heat is applied are the main factors that alter nutrients in foods.

In general, water-soluble vitamins (think vitamin C and B vitamins) are at the highest risk of being destroyed with high heat cooking or lost when they leach out into the cooking water that isn’t later used. However, some nutrients are actually preserved or made more bioavailable upon cooking such as lycopene, (a phytonutrient in tomatoes that is released from cell walls when broken down with cooking) or glucosinolate, (another phytonutrient that is best retained in broccoli when steamed, sautéed or baked just to al dente). This arena can be a big rabbit hole to dive into, but the big picture is: use a variety of cooking methods to make sure you’re maximizing (and minimizing) different nutrients to level out your playing field.

A great way to learn some of these methods of cooking is to sign up for our virtual Building Blocks series where you can choose to join one or all of the nine courses that focus on a comprehensive curriculum (the next one is this Saturday, August 6th on fish butchery and cookery)!