With the amount of conflicting information (and misinformation) floating around, it can sometime seem overwhelming figuring out which foods are “bad” or “good”.  Back in the 80s and 90s everyone claimed fat (and even more so, saturated fat) was the enemy and low fat diets took off. Now we’ve made a total 180, and people are all aboard the low carb diet train, saying sugar is the devil, eschewing gluten and wheat altogether even in the absence of disease or intolerance issues, and some going so far to dump oil and butter in their coffee in place of breakfast!

If you’ve been reading my posts for a while, you’ll know that like most things, the science points to an everything in moderation approach, instead of demonizing an entire food group or even macronutrient.

I have followed a low carb diet in the past, and there are a few reasons why choosing to diminish your carb intake definitely has benefits. For anyone who’s drastically reduced carbs, they find that the scale tells them they’ve lost several pounds within the first couple days, which in of itself is obviously great motivation to keep doing what you’re doing and adhere to the diet. In reality, reducing carbs will simply mean you’re storing less of them in your muscle tissue, and carbs like to hold on to water. That initial drop in weight is just water loss from your muscles. Fat loss is unfortunately a slow process, requiring about a 3500 calorie deficit to drop a single pound of body fat. But if that weight change motivates you to stay on track, then simply creating that adherence will be 90% of the weight loss battle.

Another reason low carb diets work is that a lot of foods that people tend to overeat are high in carbs, and often fats too. Pretty much all “junk” food are carbs cooked in oil or mixed with fat. Potato chips, french fries, candy bars, ice cream, and pizza are all pretty big culprits. Pasta and bread are up there too. Bread isn't terribly carb heavy by weight, but when you're out to dinner and you have unlimited rolls 10 inches from your plate and you're anxious to start eating, things can get out of hand. As for pasta, 2 uncooked ounces, or 4 cooked ounces, equals about 200 calories. This is basically a very small handful of pasta and less than I’ve ever seen anyone consume. Reducing carbs means reducing the chance that you’ll eat some of these foods, and therefore in turn will help you keep calories down and lose weight.

The biggest issue with following a low carb diet is that carbs are the fuel we use when we do hard workouts.  Our performance will suffer in the gym if we constantly deprive ourselves of carbs, so while we don’t need a ton of them, if we’re planning on pushing ourselves a few days a week in the gym then we will definitely need some. The good news is that there are a few carb sources that are actually relatively low calorie, chock full of vitamins and minerals, and at the same time very filling, so it becomes much more difficult to overeat on them. 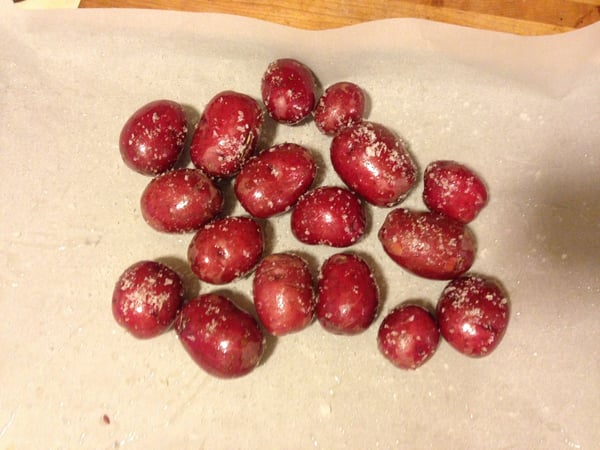 When I tell my clients that potatoes are my go-to low calorie carb, they often look at me in disbelief. Chips and fries have forever tarnished the potato’s image as a “health” food, so here are some quick stats: 5 oz of potatoes are only about 100 calories, so for the same amount of calories as 4 oz of cooked pasta you could have 10 oz of potatoes. White potatoes also rank highest on the satiety index, meaning that for even amounts of food (by weight), they will keep you full longer than anything. The calorie count for both white and sweet potatoes is about the same, sweet potatoes have a tiny bit more fiber than white, while white are a bit higher in protein.  The both are packed full of vitamins and minerals, with sweet potatoes containing a huge amount of vitamin A.  One of the reasons they’re so filling is that they contain a protein called proteinase inhibitor 2, thought to suppress appetite. There are many other varieties of potatoes besides your standard white and sweet, I really enjoy purple potatoes as well as Japanese potatoes. My go to preparation method is to chop them into cubes, spray a pan with zero calorie Pam, and cook for 40 minutes at 400F. 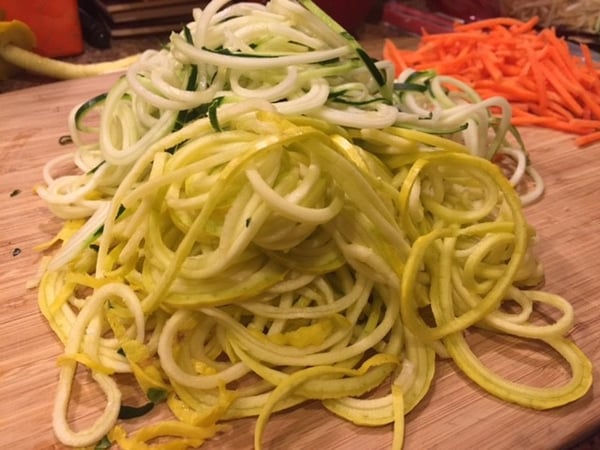 I just recently wrote an article about using spaghetti squash in place of pasta and zucchini is another great alternative to use if you buy a spiralizer. Both of these come in at about 25 calories per cup, so you can eat a whole lot of them for practically no calorie cost, and both are packed full of micronutrients. 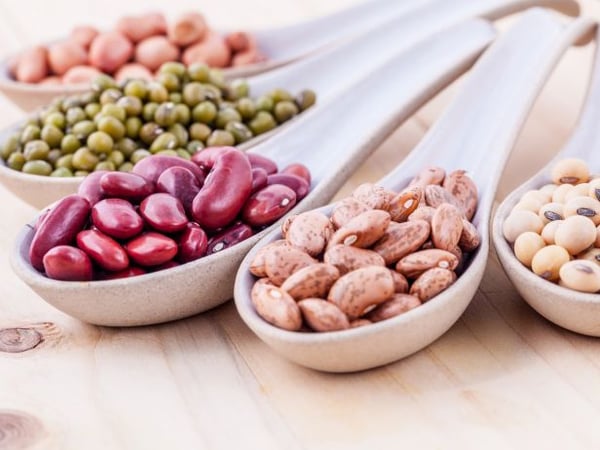 Beans are a bit higher on the calorie side of things than the previous examples, anywhere from 100-125 calories per half cup serving, but a big chunk of those come from protein and fiber, with all varieties having about 8g protein per serving and 6-10g of fiber. Beans are a great source of minerals, especially iron. For individuals following a vegan diet, protein and iron are a bit harder to come by than in a diet containing animal products, so beans should be a staple.

We have been on somewhat of a chili kick lately, which can actually be a pretty low calorie meal if you’re using lean meats, adding lots of veggies, keep the cheese reduced fat, and top it with Greek yogurt instead of sour cream. 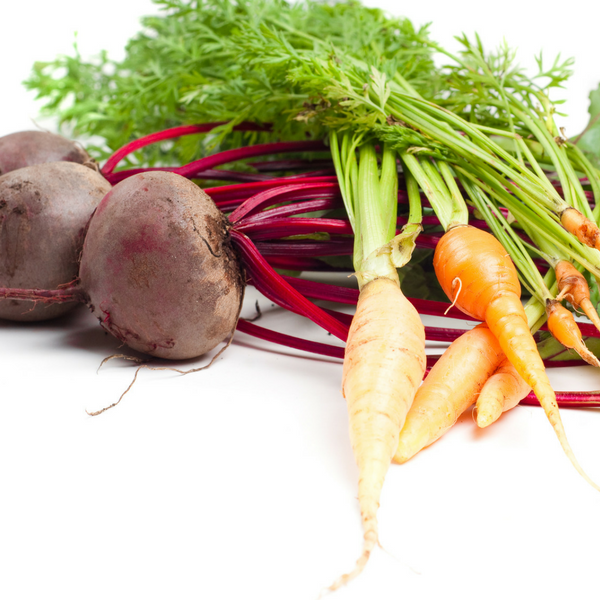 We just started making these as a combo recently and they will be a far more frequent meal moving forward.  Carrots and beets are both only about 55 calories per cup, both have a good amount of fiber and protein.  Carrots have a ton of vitamin A and beets are rich in folate. We chopped them up, put them in a foil package and baked until tender, and it made for a very filling side dish.

Give one of these a shot in place of your normal carb sources like pasta, bread, or rice and let me know what you think in the comments. There's no need to totally cut out carbs from your diet, but these are some delicious options that will keep your calories down and fill you up at the same time!