From White to Black: Breaking Down Roux 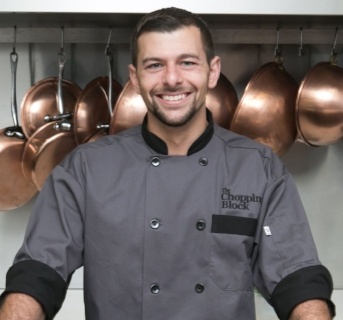 As the world of soups and sauces is ever so extensive, time has created a million variations and preferential changes to everything anyone may consider correct. Flavors will be ever changing as it should be. Each house has its own flavor based on family recipes, equipment needed, ingredient availability, likes, dislikes and so many more variables. The one area that I feel like should be more consistent is the viscosity of these soups and sauces.

Thickening a liquid is not difficult and more often than not, you are doing it without even trying. There are many ways to thicken. Here are just a few: 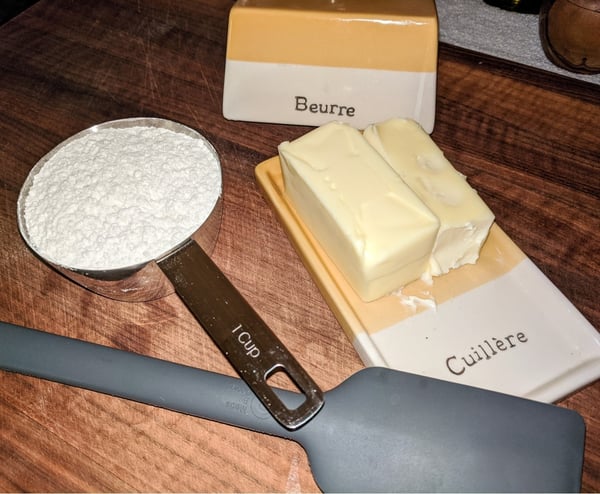 Now that we have covered the spectrum of thickening I would like to zoom in a bit on my personal favorite, roux! Many people don’t even realize they are using a roux to thicken due to it being worked into the recipe in a tricky way. For example, lots of stews will ask you to toss your protein in flour and then have you sear it. This will usually create better browning on your meat. You will then continue with sautéing your veggies and adding your liquid, but what is not realized is, the flour that had stuck to the bottom of your pan during the searing (referred to as fond) is actually going to be lifted off the bottom when liquid is added and thus be your roux for thickening.

The best part about roux is its ability to bring its own flavor to the soup or sauce and thicken so effectively. Roux works on a color scale which will tell you its thickening power and its amount of flavor depending on how much you cook it prior to adding the liquid. 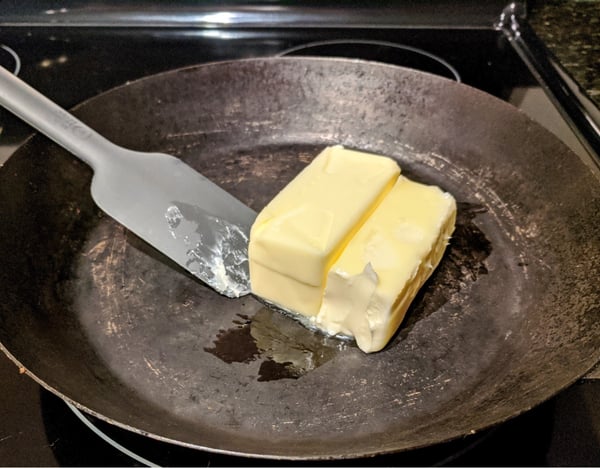 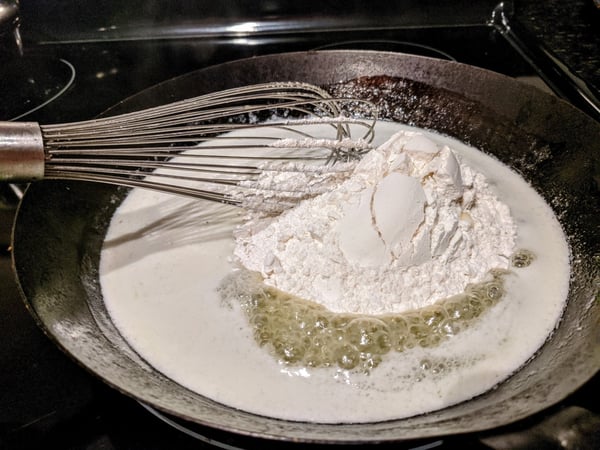 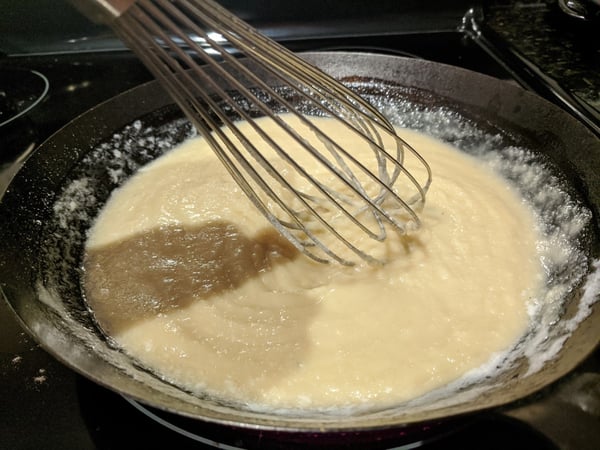 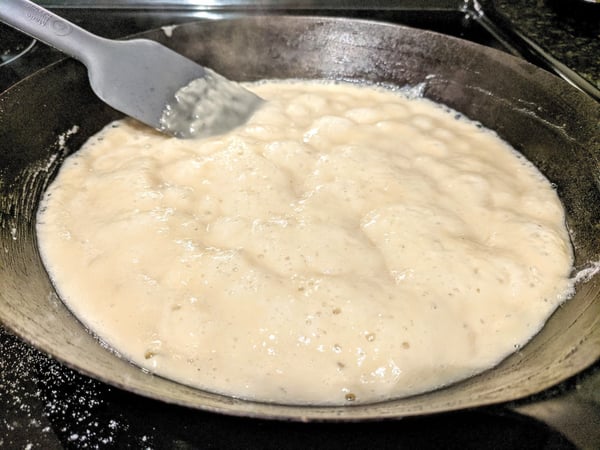 The usual benchmarks you will see in recipes are as follows: 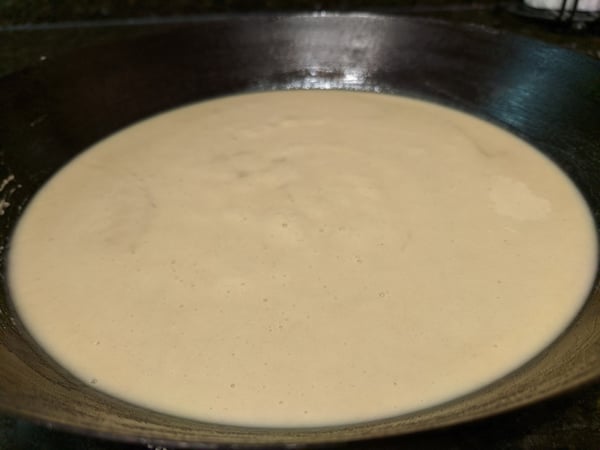 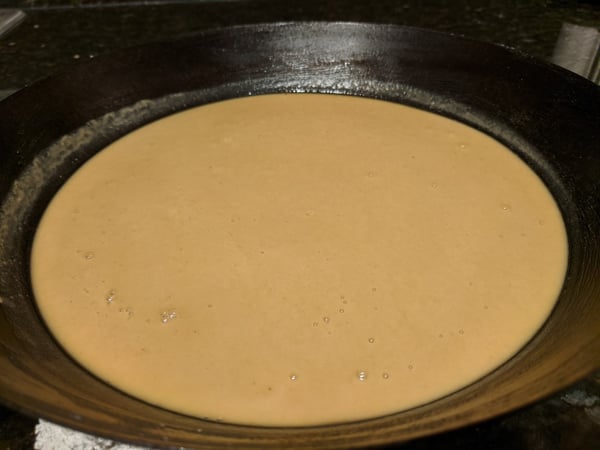 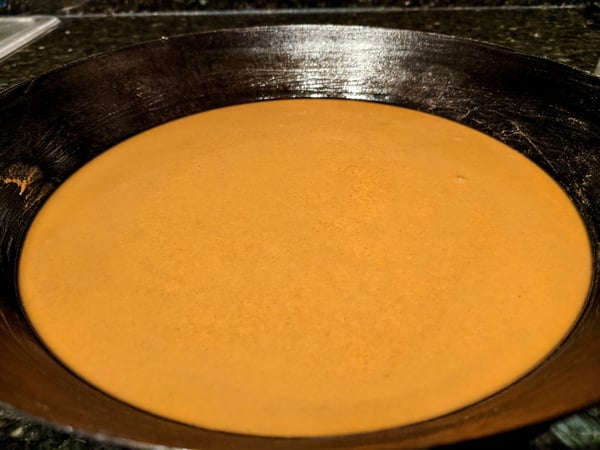 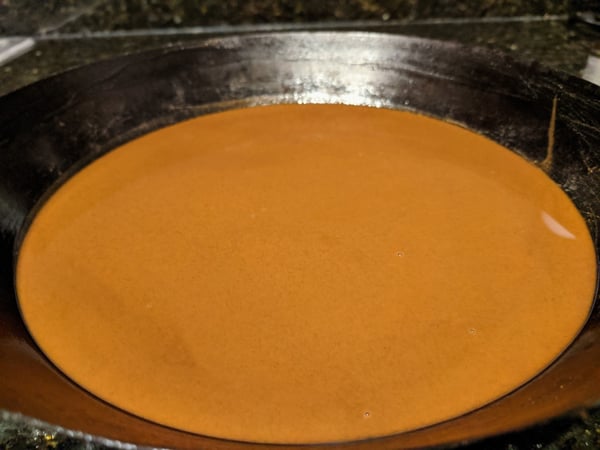 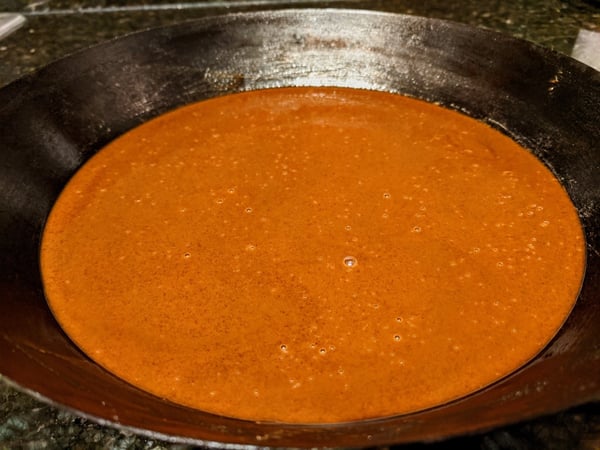 Now that you have the basics on roux, here a few tips to help in your future endeavors.

1. Any time you are adding liquid to your roux remove it from the heat.

2. It is best to have cold liquid and hot roux, or cold roux and hot liquid.

3. Add your liquid slowly at first and whisk rapidly to avoid clumps.

4. The darker the roux, the weaker the thickening power so you may need to add a tablespoon or two of fresh flour to your darker roux.

5. If you want to make a big batch of roux and freeze it in an ice cube tray it will hold for up to a year, and you can throw it into any soup or sauce you need to tighten up!

Although I wouldn’t recommend diving straight into a black roux for your first time making it, I do encourage you to try working with roux. It is astounding how much flavor and texture can be achieved using this classic technique and after you get a handle on the classic white through brown roux, give the infamous black roux a try. You'll shock your friends and family with a flavor experience that is hard to come by outside of New Orleans!

To learn how to master roux hands-on, don't miss The Chopping Block's Bayou Bash class coming up on: