The Best Gravy You’ve Ever Made

Turkey may be America’s most tolerated meat. Where people relish a thick juicy steak, savor a sweet rich pork chop, and crave the comfort of roast chicken, eating turkey is regarded with the enthusiasm most of us reserve for a trip to the dentist: you’ll do it a couple times a year because it's expected, but if you can remember it, it probably wasn’t any fun.

Whether turkey deserves this reputation or not (it doesn’t) is not this purview of this particular post. What we are going to focus on is one of the most popular gustatory lubricants (both literally and figuratively) to make choking down that holiday bird a little more pleasant. That's right, gravy. 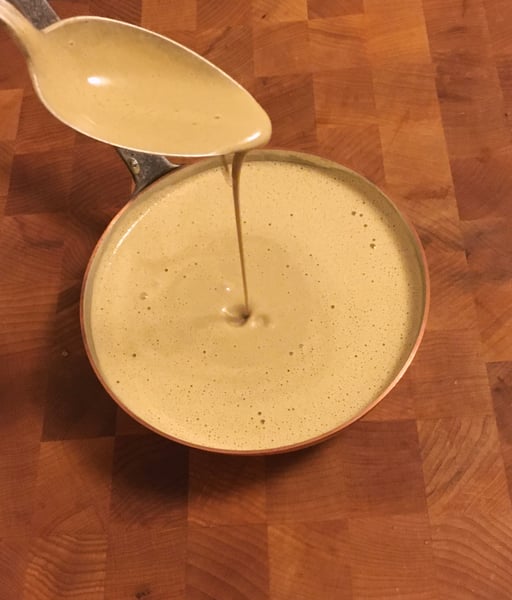 I love gravy, of course, but sadly I find that most versions leave me wanting. Gravy is too often the afterthought of a cook who probably only makes it once or twice a year. Add to that the fact that it is typically one of the last things to be prepared before eating, and too much gravy ends up on a collision course with mediocrity. But gravy shouldn’t be mediocre. It should be a celebration. A rich, unctuous reminder that life can be beautiful.

I have two major gripes with most gravy: the stock and the thickener. I don’t mean to imply that stock can’t be delicious, of course it can, but I just feel that most gravy leans too heavily on it. In my opinion, roux-thickened stock (which, lets face it, is what most gravy ends up being) is no more a gravy than a Chicago dog without sport peppers, or pickles, that has been adorned with a thick squiggle of ketchup is a true Chicago dog (you know who you are). It may satisfy the “viscous brown liquid that tastes vaguely of poultry” criterion, but it doesn’t satisfy the soul. And as for roux, as a thickener, it simply isn’t that good. Yes it thickens things. Nobody can deny that, but it does some other stuff too. Mainly all that flour gets in the way of you tasting much of the delicious flavor that any of the other gravy components may have to offer. Wheat flour has pretty awful flavor release properties, and other common thickeners like corn starch aren’t all that much better.

Here’s the thing: gravy should not be made up primarily of stock or even primarily of water-phase turkey drippings. Gravy should be mostly fat by weight. Fat, specifically rendered turkey fat, and/or butter, is what makes a gravy truly great. Of course it will need some stock or drippings, and yes some other flavorings as well, but the majority of the volume, and body should be supplied by delicious, lip smacking lipids. Stock or drippings should be highly concentrated, and kept to a minimum.

Unfortunately there's usually no way of combining a lot of fat with a small amount of water-based liquid without the result being a slick greasy mess. If only there were a natural emulsifier that could supply a rich complex umami while also enhancing the flavor of the other ingredients allowing the gravy to be thickened by fat alone with absolutely nothing obscuring the flavor. Oh wait, there is, and it usually comes free inside your turkey. It’s liver, folks, and every turkey’s got one. If you happen to be one of the pour souls who finds the idea of eating liver offensive, I promise this gravy doesn’t taste like liver, it just tastes awesome, and I encourage you to give it a shot.

cooking oil as needed (about 1-2 Tablespoons)

2-3 Tablespoons bourbon (or other brown liquor of your choosing) 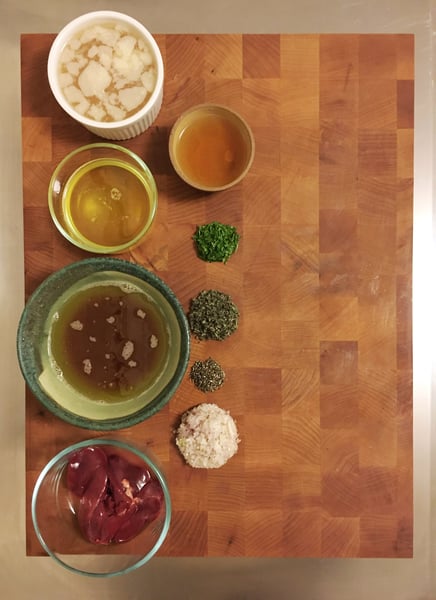 Preheat a skillet or saute pan with about two teaspoons of cooking oil until quite hot. Season the liver generously with salt, then sear in the hot pan until just browned on both sides. Remove liver from pan, and place in the pitcher of a blender (this can be done in a food processor too, but with a slightly diminished effect).

If the pan looks dr,y add a bit more cooking  oil, then add the shallots, and a pinch of salt. Cook until softened and lightly browned. Add the rosemary and sage, and cook until aromatic (about 30 seconds). Deglaze with the bourbon, and allow to reduce until almost dry. Add the stock or drippings, and reduce by at least half. Add contents of pan to the blender with the liver, and add the chopped parsley to the blender as well. 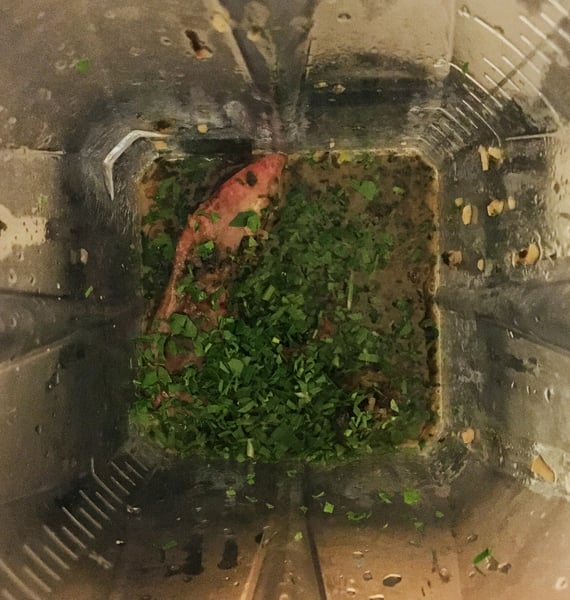 Mix the two fats, and—with the blender running on low speed—drizzle in the fat until fully emulsified. 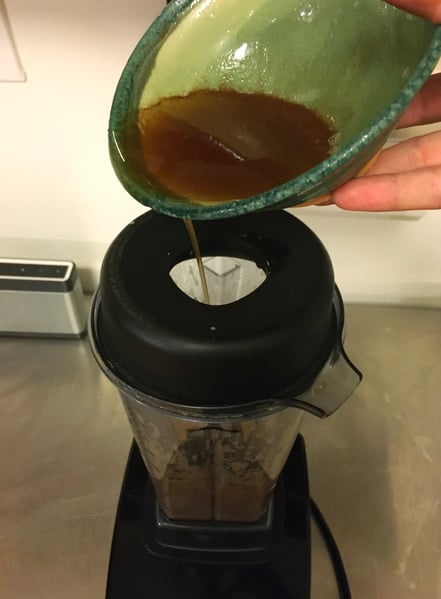 Slowly bring the blender up to high, and blend for about two minutes until very smooth. If the gravy is too thick you can loosen it with a little (a little!) extra stock or drippings. If it is too thin, you can thicken it by emulsifying in more fat. Season to taste with salt, soy sauce (just a splash), and sherry vinegar (just a splash). If necessary, pass the gravy through a fine mesh strainer and serve.

I absolutely promise you will not regret giving this recipe a try this holiday season. Oh and by the way, if you successfully make this gravy, congratulations: you can also now make chicken liver mousse (the ratios are a little different but the technique is basically the same).

For more Thanksgiving tips and tricks, you should check out The Chopping Block's classes coming up this month: